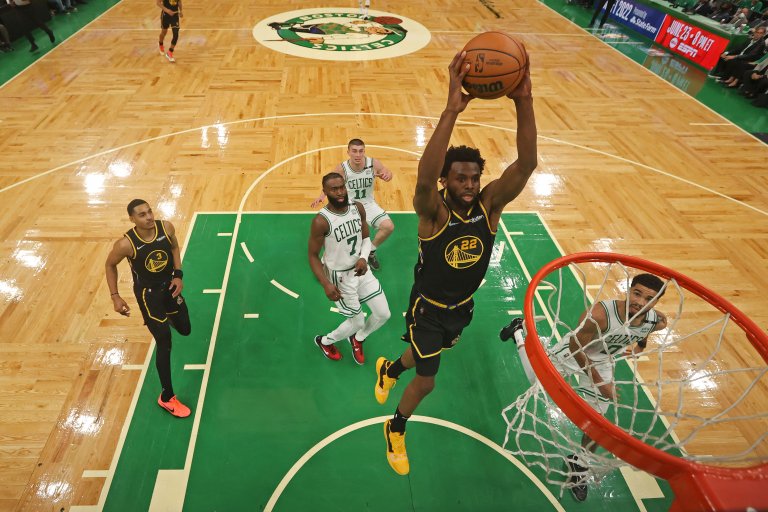 The Boston Celtics host the Golden State Warriors for Game 4 of the NBA Finals on Friday night
Boston holds a 2-1 series lead, and is favored by the bookies for Game 4
Read below for Celtics vs Warriors Game 4 player props and our best bets

Game 4 of the 2022 NBA Finals takes place on Friday night. The Boston Celtics play hosts to the Warriors and hold a 2-1 series advantage. Golden State has won less than half of its road games this postseason, and they were thoroughly outplayed in Game 3 despite big performances from Steph Curry and Klay Thompson. Steve Kerr’s team are four-point underdogs for Friday’s contest.

All eyes will be on Draymond Green once again after a woeful performance in Game 3. There is bound to be a spicy atmosphere at the Garden after comments from Thompson and others criticizing the Boston crowd.

Odds as of Jun 10 at FanDuel. If you’ve already signed up at FanDuel, check out these BetRivers Bonuses as well for tonight’s game

Golden State will still be alive in the NBA Championship odds even if they lose in Game 4, but this is very much a must-win for the Dubs. Only one team in Finals history has come back from 3-1 down (the Warriors know that better than anyone).

Wiggins Scores and Hits the Boards

Andrew Wiggins has recorded 23 or more points and rebounds in six of his last eight games. His line is curiously set at 22.5 for Game 3. If anything, Wiggins’ minute total is going to increase on Friday night. He played 40 minutes in a close Game 3, and with how much is at stake for the Warriors, we could see Wiggins get into the 42 or 43-minute range. Wiggins’ two-way play is integral to so many Warriors line ups.

Klay Thompson on the Celtics fans: “We’ve played in front of rude people before. Dropping F-bombs with children in the crowd. Real classy. Good job Boston.”

Golden State was out-rebounded by 17 in Game 3. Steve Kerr will make that a point of emphasis in Game 4. Wiggins, as the Dubs’ most athletic player, is an asset for them on the boards. We’ve seen what he can do as an offensive rebounder, but he’s also had 10 games this postseason with five or more defensive boards.

The former first overall pick has been up and down offensively in this series. He’s got up 11 or more shot attempts in the last nine games, though, showing the volume will be there. Boston is leaving Wiggins open to shoot threes, and he is often left with a favorable matchup to attack either Al Horford or Robert Williams off the bounce.

Hope to see this lineup utilized more in Game 4. pic.twitter.com/l40BCApzA2

Having scored 16 or more in seven of the last nine, Wiggins can get most of the way to this over in points alone. Add in extra effort on the boards, and we feel confident betting this at -108 for one of our Celtics vs Warriors picks.

The improved playmaking of Jayson Tatum and Jaylen Brown was a big part of Boston’s Game 3 win. Brown, in particular, avoided the sort of clumsy drives that have plagued him throughout the playoffs. He was quick to make decisions off the dribble, and exhibited passing skill that has seldom been on show.

Jaylen Brown thanked Ime Udoka twice for trust him to take on additional offensive responsibilities this season. Brown said: “It means a lot that he put that faith in me.”

Brown put up nine rebounds and five assists. His line for Game 4 is a modest 10.5, a reflection of his inconsistency as a rebounder and passer. Still, there is value to be found here. He’s passed this line in four of the last five.

Boston will look to repeat its rebounding dominance in Game 4. Brown’s athleticism gives him an advantage over almost every Warrior, and his off-the-bounce attacks have been problematic for the Dubs, who have struggled to keep him in front of them. It gets the Warriors into rotation, and allows for straight-forward passes on the interior or to perimeter shooters.

The -118 on Brown’s rebounds and assists is perhaps a bit shorter than we’d like, but it’s still worth backing the over here.