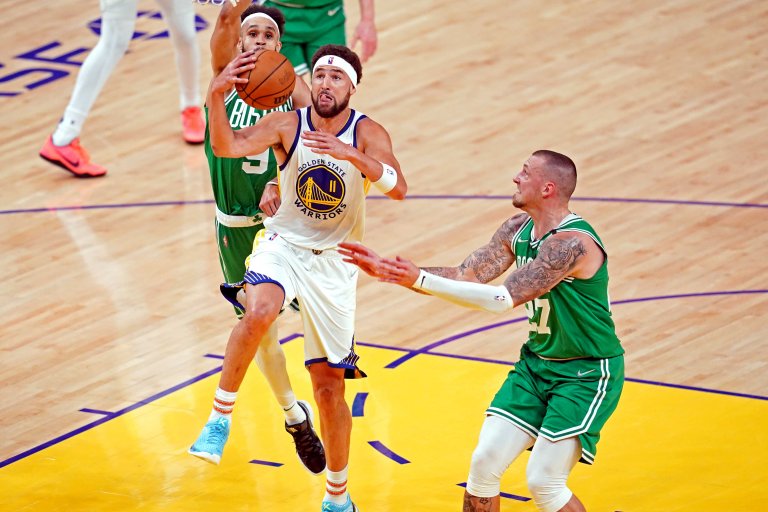 Game 3 of the 2022 NBA Finals takes place on Wednesday night. Boston was blown out in Game 2, yet they are priced as four-point favorites with the series heading east. The Cs have lost four home games already this postseason.

Golden State needs more from Klay Thompson if it is to add another Larry O’Brien trophy to its collection. Steph Curry has shone in the first two games of the series, however, while the Celtics are hoping for better production from their role players after Marcus Smart and Al Horford were nullified in Game 2.

Odds as of Jun 8 at FanDuel

Game 3 is bound to have a significant impact on the NBA Championship odds which see the Warriors as favorites for the title heading into tonight’s game. A win for the Warriors will see them regain homecourt advantage, while the Celtics bouncing back would give them a chance to take a commanding 3-1 lead before the series returns to The Bay.

We are going to get a Klay Thompson game at some point in this series. Thompson has been criticized through the first two games of this series, and Steve Kerr has decreased his minutes as a result. He’s made just 10 of 33 shots from the field, going for 26 points over the two games.

Crucially, he’s still getting sufficient shot volume to make an impact on offense. Some of those looks have been forced by Thompson. Boston is doing a great job at limiting his shooting space, but we know he is a tough shot maker (just ask the Grizzlies and Mavericks). The ability to drain contested looks is still there even after such a long injury absence. He’s also missed some very makeable looks, both in the paint and from the perimeter.

Despite a cold start to his sixth Finals appearance, Thompson is still hitting over 38% of his threes this postseason. Only Steph Curry, Anthony Edwards, Luka Doncic and Fred VanVleet have averaged more outside shot attempts these playoffs. Thompson has gone over 2.5 threes in 11 of 18 games. In those 11, he’s scored 19 or more points nine times.

It’s a short price on the threes over. We like the value with plus odds on this small parlay — back Klay to bounce back in your Celtics vs Warriors Game 3 picks.

Jayson Tatum is averaging a shade under seven rebounds per game this postseason. He has played huge minutes all playoffs, with only Kevin Durant, Pascal Siakam and Kyrie Irving averaging more. In what is a crucial Game 3 for the Cs, Tatum should get well into the forties in minutes yet again, providing this is a close contest.

“I think he can be really good. We’re talking K.D. status,”

His rebounds line is set at 6.5, a mark he’s passed in four of his last six. The Warriors are effective on the glass as a team, despite not having many great individual rebounders. Still, Tatum has an increasingly significant role to play on the boards with Robert Williams clearly limited. Ime Udoka is expected to play more of his smaller lineups going forward, meaning Tatum is on the court with just one of Williams, Al Horford and Daniel Theis.

Naturally, this will lead to an uptick in rebounding opportunities. Standing at 6’8, Kevon Looney and Nemanja Bjelica are the only Warriors taller than Tatum.

Don’t be put off by the fact Tatum has passed this line in just seven of 20 postseason games. Wednesday night will bring a high minutes total for the All-NBA forward, and the small line ups from both teams should allow him to be very effective on the glass at both ends.