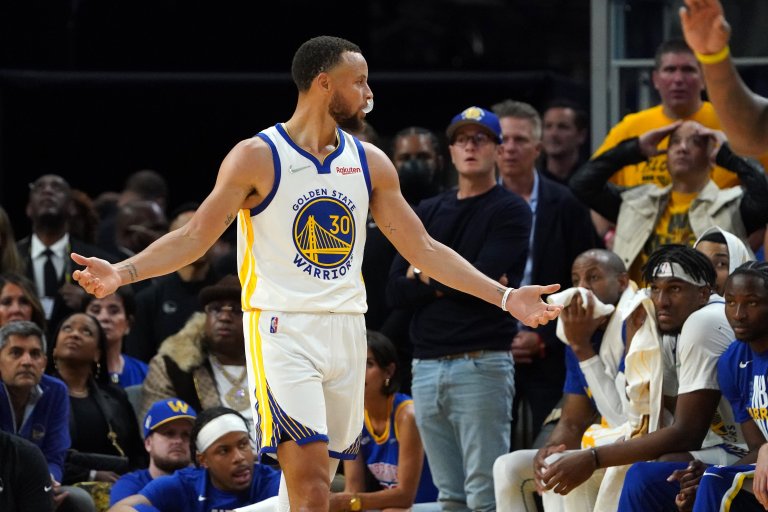 If Game 1 is any indication, then this NBA Finals promises to be an epic series. The Boston Celtics erased a 15-point third quarter deficit to shock the Golden State Warriors 120-108 in the series opener, and now it’s on Steph Curry and Co. to answer back in Game 2.

Oddsmakers certainly like the Warriors’ chances, as they opened them up as a bigger favorite on Sunday in Game 2 than they did in Game 1.

Odds as of June 3rd from FanDuel Sportsbook.

Golden State is currently laying 4-points, in a contest that features a total of 215.5. Tip-off is scheduled for 8pm ET at the Chase Center in San Francisco, CA, with ABC providing the broadcast coverage.

As for the series market, there’s been a seismic shift in the NBA Championship odds. The Warriors began the Finals as -150 favorites to win it all, but after losing Game 1 they’re now a +160 underdog. Boston meanwhile, is now -190 to raise the Larry O’Brien Trophy for a record breaking 18th time.

Things looked bleak for Boston late in the third quarter in Game 1. Leading scorer Jayson Tatum was having a horrendous night shooting and they trailed Golden State by 15 points. Then, they completely flipped the switch. They cut the lead to 12 before the frame was over and then proceeded to go on an epic run in the fourth.

Their win probability fell as low as 4 percent when they were down 15 near the end of the 3rd quarter. pic.twitter.com/ce28lV5lsI

They outscored the Warriors 40-16 in the final quarter, burying their first seven three-point attempts, before finishing 9-of-12 from beyond the arc in the frame. Along the way, they became the first team in Finals history to win a game by double-digits after trailing by 10 or more points entering the fourth.

They held the Warriors to 7-of-17 from the field in the quarter, and improved to 8-2 on the road this postseason. With Tatum struggling, Boston got big-time production from Al Horford (26 points), Jaylen Brown (24 points) and Derrick White (21 points). Horford knocked down six three’s in his Finals debut, after playing 141 playoff games without a trip to the Championship round. White meanwhile, splashed five triples.

Al Horford played in 141 playoff games before making his Finals debut, the most in NBA history.

He made the most of it.

Horford scored a team-high 26 points last night, and his 6 threes were a career high in any game, as well as the most threes in an NBA Finals debut all-time. pic.twitter.com/PtoK6In487

Curry, who’s in search of his fourth ring and first Finals MVP, led Golden State with 34 points, but scored just 13 points over the final three quarters. The loss was the Warriors first at home this postseason, and just the third in 24 Game 1’s under Steve Kerr.

Despite the surprising defeat, there doesn’t seem to be any panic from Golden State. They’ve rebounded from each loss during this year’s playoffs with a victory, the last three coming by an average of 18 points.

The Warriors also followed up each of their previous two Game 1 losses in the Kerr era with a victory. They beat OKC by 27 in Game 2 of the Western Conference Final in 2016, and Toronto by 5 in Game 2 of the 2019 Finals.

They were in complete control of Game 1 with 14 minutes left before taking their foot off the gas and you can bet they won’t make that mistake again.

As good as Boston has been away from home, Golden State’s postseason numbers at the Chase Center are out of this world. They have an offensive rating of 120 in their own building, which is six points higher than the best mark by any team during the regular season. They’re 9-1 straight up straight up at home during the playoffs, with seven of those wins coming by at least 9 points.

Watch the tape & then it’s on to the [email protected] || Game Rewind pic.twitter.com/co1sSLPYe9

We shouldn’t expect Tatum (12 points) to struggle like he did in Game 1, but we also shouldn’t expect 20+ point efforts from Horford and White. Prior to the series opener, Horford had scored fewer than 10 points in six of his previous nine postseason games, while White had produced 10 points or less in 12 of 17 playoff outings.

With their backs against the wall, give me the Warriors to rebound at home, like they’ve been doing all playoffs long.