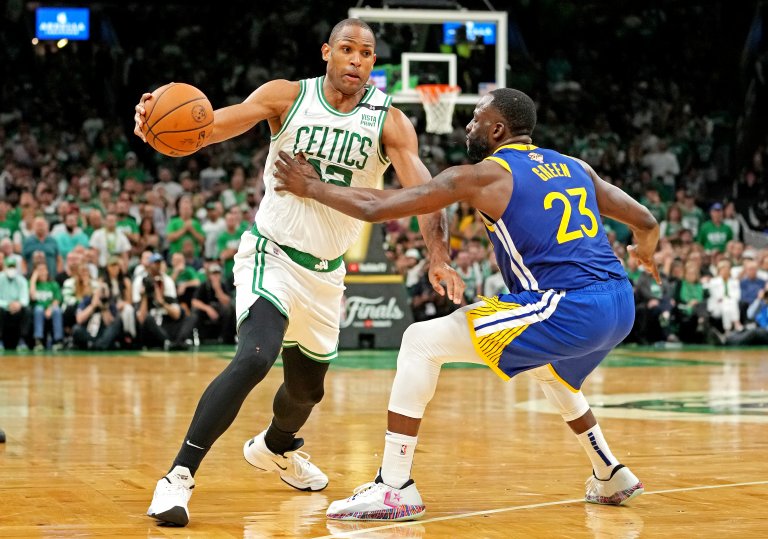 Updated 2022-23 NBA Finals odds in August
The Boston Celtics and Golden State Warriors are still your betting favorites
Read on for the odds, picks, and analysis

As the calendar shifts to August, the start date for the 2022-23 NBA season continues to creep ever closer. There are still a number of notable transactions that could take place between now and then around the league. However, for the most part, the NBA championship odds are beginning to get set in stone.

Keep reading to see the current odds, why certain teams are where they are, and potential line movement that we could still see later this offseason.

Celtics and Warriors Are Still Your Betting Favorites

The last two standing from last season, the Boston Celtics and Golden State Warriors are still your betting favorites when it comes to the NBA odds, and they haven’t really shifted off their top spots too much this offseason.

There was a brief moment where it looked like the Phoenix Suns were going to acquire Kevin Durant, and they moved into the top spot. However, those trade rumors have since died down, causing the NBA betting world to shift back toward favoring Boston and Golden State.

The Celtics have been aggressive adding to their roster this offseason, allowing them to secure +450 NBA championship odds. Adding Malcolm Brogdon and Danilo Gallinari makes their already deep bench that much better.

Boston has also been connected to the previously mentioned Durant. Adding him would see their odds shorten even more.

Lakers and Nets Are Your NBA Championship Odds Wild Cards

Two teams that have been named in wild trade rumors all offseason long, the Los Angeles Lakers and Brooklyn Nets are your two NBA championship odds wild cards.

The Lakers have been connected to the likes of Kyrie Irving and Buddy Heild — moves that have yet to happen due to Russell Westbrook and his complicated contract situation.

On the other hand, the Nets still have Irving and Durant on their roster, and it’s beginning to look like both stars will at least begin the year in Brooklyn. A potential big three of Durant, Irving, and Ben Simmons could do a lot of damage in the Eastern Conference.

THE WORLD NEEDS KYRIE AND LEBRON ON THE LAKERS TOGETHER 🔥pic.twitter.com/WBAICwhuhx

Keep an Eye on the Clippers, Bucks, and 76ers

The Los Angeles Clippers added John Wall to their bench and are expected to see a healthy Kawhi Leonard and Paul George return to their starting lineup this season. There are some serious injury concerns there, but the ceiling is high.

At +800, the Milwaukee Bucks are a big-time sleeper bet. Giannis Antetokounmpo is arguably the best player in the league on both ends of the floor. As long as he’s in the lineup, the Bucks have a pretty good chance of making it all the way.

Last but not least, the Philadelphia 76ers at +1600 is your ultimate sleeper bet when it comes to the 2022-23 NBA Championship odds. They’ve added P.J. Tucker, Danuel House, and De’Anthony Melton this offseason, and there’s internal belief James Harden is going to look better with a full Philadelphia offseason under his belt. If you buy into the premise that Harden and Joel Embiid can be the best duo in the NBA, there’s some value here.