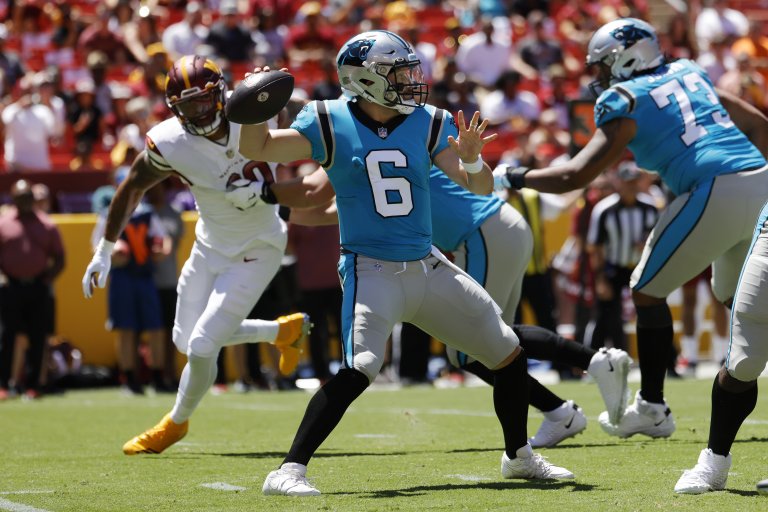 The New England Patriots are 3-point home favorites over the Carolina Panthers in an NFL Preseason game scheduled for Friday, August 19
Carolina won 23-21 at Washington over the Commanders in their preseason opener
New England was a 23-21 loser at home to the New York Giants in the club’s first preseason game

For the Carolina Panthers (1-0) and New England Patriots (0-1) it may only be an NFL Preseason game. Still, it must feel like they’re ready for the main event. Certainly, the undercard has been action-filled.

The Patriots and Panthers were participating in controlled scrimmages this week. Instead, things got a little out of control. Fights broke out between the teams during both Tuesday and Wednesday sessions.

Now they get to get it on for real. Well, not quite for real. It is the preseason, after all. But it’s rare to see bad blood on both sides coming into an exhibition contest.

Oddsmakers are going with the Patriots as 3-point home favorites in this game in the latest NFL lines. Carolina is 2-1 straight up in regular-season play at New England.

The kickoff for this game at Gillette Stadium is set for 7:00 pm ET on Friday, August 19. The weather forecast is predicting clouds, 7 mph wind and a temperature of 83 degrees. The broadcast of the game can be seen on the NFL Network.

At odds of -175, the Patriots are offering an implied probability of victory of 63.64% in the NFL betting line. A successful $10 wager on New England would deliver a payout of $15.70.

The Patriots and Panthers can’t stop going at it pic.twitter.com/fv43omMTTQ

In the NFL public betting trends, the public is split on both moneyline and spread wagering. There’s a whopping 96% of the spread handle backing the Panthers. However, 53% of spread bets are going with the Patriots. New England is drawing 53% support in moneyline bets, but 67% of moneyline handle is going on the Panthers. There’s no debate when it comes to the total. The over is getting 52% of the handle and 63% of the bets.

The Baker Mayfield-Sam Darnold showdown is certainly making for great copy and intriguing competition in Carolina. You’ve got two of the first three players selected in the 2018 NFL Draft contesting for the QB1 role with the Panthers. Both have been taking first-team reps in training camp.

Word is that Mayfield is the one pulling ahead in this derby. There are already published reports suggesting that Panthers head coach Matt Rhule will soon be naming Mayfield as his Week 1 starter. It will probably happen after the conclusion of this game.

Baker Mayfield is expected to be named the Panthers starting QB for Week 1, per sources. He’s been competing with Sam Darnold but should be declared the starter when the team is ready to make the announcement. @TheAthletic

That means Darnold has one last chance to leave an impression. Though, to be honest, he had all of last season in Carolina to do that. Seeing as the team went out and acquired Mayfield from the Cleveland Browns, it’s obvious that the impression left by Darnold wasn’t a favorable one.

In the preseason opener, Mayfield completed 4-of-7 passes for 45 yards. He marched the Panthers downfield on a 13-play opening drive that led to a field goal.

Time for Patriots to Keep Up With Jones

New England is expected to give QB1 Mac Jones his first preseason action in this game. Jones completed 71% of his passes during the controlled scrimmages against the Patriots.

Mac Jones said the Patriots’ offense got some “good work” this week against the Panthers defense, which he noted was a top-5 unit in the NFL last season.

Is he expecting to play Friday?

On the other side of the ball, don’t expect to see Panthers running back Christian McCaffrey on the field much, if at all. Carolina is reluctant to risk the club’s injury-prone dual threat in preseason play.

One thing that’s certain about Patriots head coach Bill Belichick – he likes to win – even in preseason. It won’t sit well with him that New England lost last week at home to the lowly Giants. That the spread has grown from New England -2.5 to Patriots -3 shows that the smart money is also aware of this Belichick character trait.

There were rumors that if Mayfield fell to the second pick in the 2018 draft, the Pats would have traded up to snag him 👀 pic.twitter.com/R7fAIK5vAc

The Patriots are 9-3 SU over their last 12 preseason games. They’ve posted a +102 point differential during that 12-game span. The over of 40 points also looks to be a solid play. Both teams cleared that barrier during Week 1.