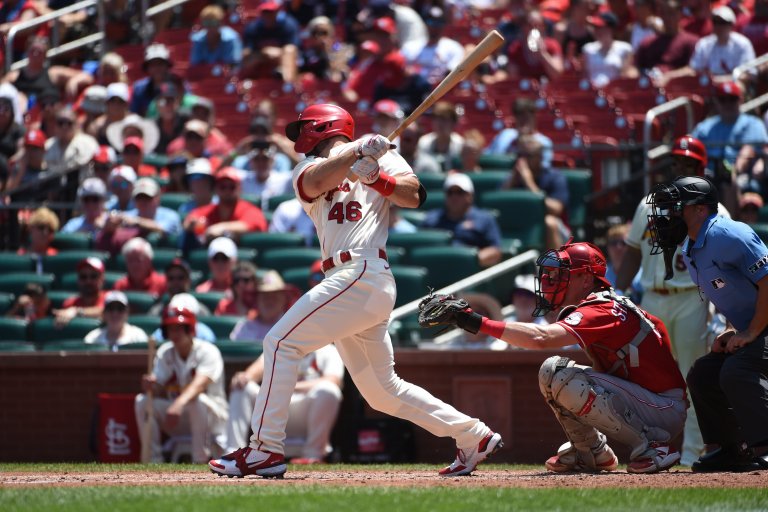 The Cardinals and Reds will start the second half of the season the same way they ended the first half. With a three-game set against one another.

The NL Central rivals will play their first post All-Star break contest on Friday, with oddsmakers establishing the visitors as the chalk.

Odds as of July 21st at Barstool Sportsbook.

St. Louis opened up as a -142 moneyline favorite, in a game with a total of 10. First pitch is scheduled for 6:40 pm ET at the Great American Ball Park in Cincinnati, Ohio, with sunshine and 90-degree game-time temperatures in the forecast.

The Cardinals, who enter as a 40-1 longshot in the World Series odds, will give the ball to Adam Wainwright aka the ageless wonder. The 17-year-vet pitched 5.1 innings of shutout ball last time out versus the mighty Dodgers, yielding only four hits to the NL’s top team.

The outing marked his fifth shutout performance of the season, and the second in his last four starts. Surprisingly, he’s struggled against Cincinnati this season though. He’s 0-1 versus the Reds in two starts, posting a 5.25 ERA over 12 innings.

Cincy batters have had their fare share of success against him in the past as well, as their current lineup owns a .271 lifetime average versus Wainwright over 150 at-bats.

The Reds, who have seen their MLB divisional odds crater all the way to +80000, will turn to Graham Ashcraft. The rookie has had an up and down season to date, showing flashes of brilliance but also struggling to keep runners off base.

He allowed 10 baserunners in his last outing before the All-Star break versus the Yankees, and has coughed up at least four runs in three of his past six starts.

After 10 pitches from Graham Ashcraft, the Yankees have a 2-0 lead. All three batters have hits, including Anthony Rizzo’s two-run single.

One of those outings was against this same Cardinals team, as he yielded nine hits, four runs and a homer in only 4.2 innings of work last month. Ashcraft has had trouble avoiding bats this season, posting just a 23% chase + swinging strike rate, while surrendering a 35.2% hard hit rate and a .277 opponent batting average.

These two divisional rivals have met five times already this season, with St. Louis earning four victories. Dating back to last season, the Cards are 8-2 against the Reds, outscoring them 18-6 in their last two meetings.

St. Louis enters play as baseball’s seventh highest scoring team, while ranking in the top-12 in slugging and OPS. Paul Goldschmidt is the heavy favorite in the NL MVP odds, and leads MLB in offensive WAR, OBP, runs created, and adjusted batting runs.

As impressive as Goldschmidt has been, he’s not the only Cardinal batter who’s tearing the cover off the ball. Nolan Arenado boasts a WAR of 5.0 to go along with a .526 slugging percentage and an .885 OPS.

Cincy on the other hand is getting quality production from Brandon Drury and Tommy Pham, but the rest of the offense is hurting. The Reds are below league average in nearly every key offensive category, including bottom-six in slugging and OPS.

Just two teams in the NL have a worse run differential than Cincinnati and only one of them (Washington) has a worse record at home. The Reds have dropped 13 of their past 19 contests at the Great American Ball Park and are 1-2 against St. Louis there this season.

The Cards meanwhile, enter play winners of five of seven and sit just half a game back of Milwaukee for the division lead.

In a matchup of two teams going in completely different directions, I’ll take the significantly more potent lineup at what feels like a discounted price.