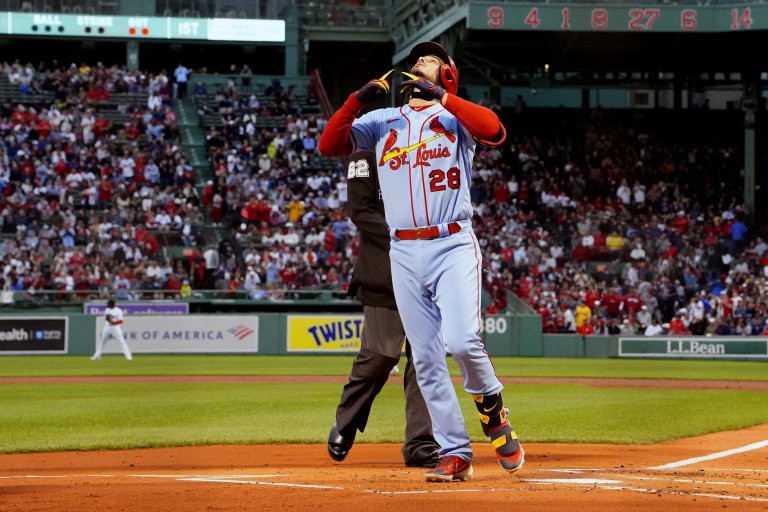 The Red Sox are -140 home favorites over the Cardinals on Sunday
Rookie Andre Pallante (2-1, 1.46) will start for St. Louis against Nick Pivetta (6-5, 3.50)
The matchup and odds can be found below with a pick

The St. Louis Cardinals and host Boston Red Sox will play the rubber game of their three-game series at 1:35pm ET Sunday at Fenway Park.

Odds as of June 18th at BetMGM.

There is a 30% of rain in the hours leading up to gametime with the weather forecast calling for a high temperature of 61 degrees with mostly cloudy skies and wind from northwest at 11-14 mph. The rain is supposed to stop at 1pm ET.

Rookie Andre Pallante (2-1, 1.46) is scheduled to pitch for the Cardinals against Nick Pivetta (6-5, 3.50). Pallante will starting on three days rest and Pivetta on four.

Pallante will be making his third career start and 21st appearance.

The rookie last pitched Wednesday in relief against the Pittsburgh Pirates in St. Louis. He gave up two runs and two hits in 2.1 innings with one walk and one strikeout.

Pallante has been outstanding in his two starts, going 1-0 with a 0.96 ERA. He will be facing the Red Sox for the first time in his fledgling career.

Pivetta pitched eight strong innings to beat the Oakland Athletics on Tuesday at Fenway Park. He gave up one run on three hits while walking three and striking out two.

St. Louis’ Nolan Arenado is 3 for 5 with a double against Pivetta but Harrison Bader is 0 for 5 with three strikeouts.

Arenado hit a two-run home run over the Green Monster to start the Cardinals on their way to an easy win over the Red Sox on Saturday night. He finished with three RBIs.

O’Neill and Bader had three hits apiece for the winners.

Xander Bogaerts had two of the Red Sox’s five hits.

The Cardinals snapped their five-game losing streak against the Red Sox that dates to 2017.

After nearly being losing his rotation spot earlier in the season, Pivetta has been lights out for more than a month. Let’s ride with him again in this matchup.