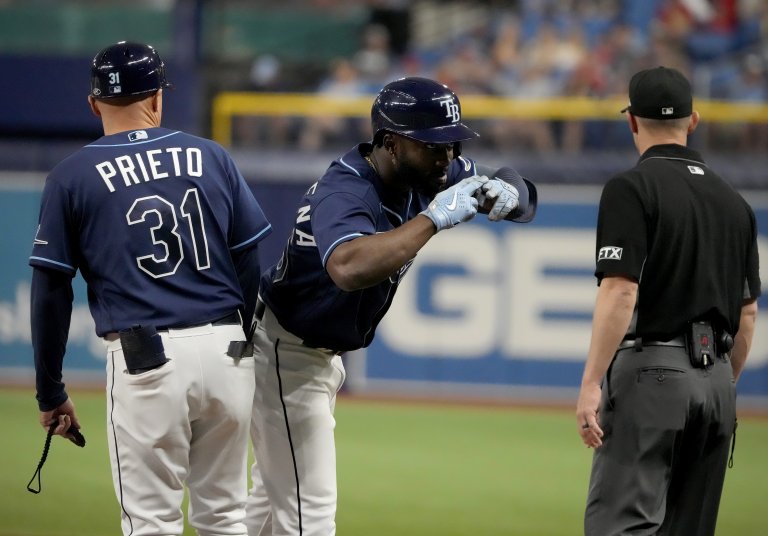 The Rays are -165 home favorites over the Cardinals on Thursday
Miles Mikolas (4-3, 3.02) will start for St. Louis against left-hander Shane McClanahan (6-2, 2.10)
A look at the Cardinals vs Rays odds and picks are below

The Tampa Bay Rays will try to sweep a three-game series from the visiting St. Louis Cardinals at 1:10 pm ET Thursday at Tropicana Field in St. Petersburg.

Odds as of June 8th at BetMGM.

Mikolas is coming off a win over the Cubs in Chicago last Friday in a rather shaky performance. He allowed four runs and eight hits in five innings while striking out four and walking three.

He is capable of better.

Miles Mikolas is putting on a masterpiece today. pic.twitter.com/tXLB4oguDp

Mikolas’ only career start against the Rays came in 2014 when he was pitching for the Texas Rangers, and it was a disaster. Tampa Bay rocked him for 10 runs in six innings in Arlington.

The Rays’ Manuel Margot is just 1 for 7 versus Mikolas.

McClanahan also beat a Chicago team last Friday, downing the White Sox in St. Petersburg when he gave up two runs and six hits in six innings with eight strikeouts and no walks.

That continued an outstanding stretch for McClanahan, who is 5-0 with a 1.45 ERA in his last six starts and has +650 American League Cy Young odds.

Randy Arozarena led the Rays in their rout of the Cardinals, his old team, on Thursday with three hits and four RBIs.

Arozarena had an RBI double in the first inning and a two-run single in the seventh. The Cardinals traded him to the Rays during the 2019-20 offseason and he won the American League Rookie of the Year award last year.

Randy’s doing that thing where he rakes

Time for you to do your thing and vote

Cardinals third baseman Nolan Arenado is expected to play Thursday after sitting out Wednesday with soreness in his right knee. He was injured Tuesday when hit by a pitch.

We are all in awe of Nolan Arenado. 🤯 pic.twitter.com/j6XFjS8q3w

The Rays have won nine of their last 12 games against the Cardinals dating to 2008.

Mikolas hasn’t pitched so well his last few times after a great start to the season. Meanwhile, some scouts insist McClanahan might be the best pitcher in the major leagues.

It also doesn’t hurt that the Rays are an MLB-best 21-6 in interleague games since the start of last season, including 12-1 at home.