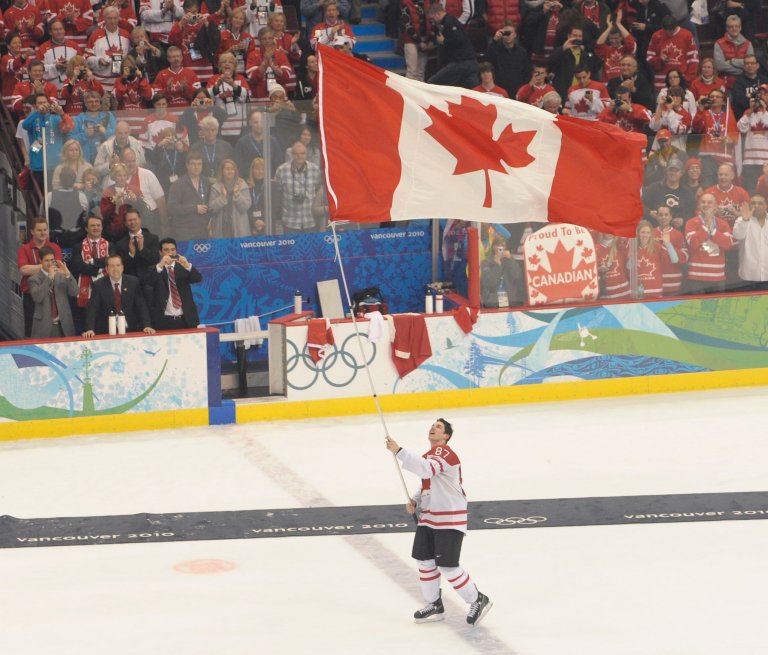 Canada has long been one of the foremost powers in ice hockey at both the junior and senior level.

As Canada plays host to Finland in the gold medal game for the 2022 IIHF World Junior Championship, it’s the Finns who are currently the holders of the Olympic and Senior World Championship gold medals. They’ll be looking to complete the triple crown of men’s hockey titles with a win here.

Canada, though, is the king of the World Juniors. The Canadians are playing in their record 29th gold medal game at this tournament.

It’s just the 10th gold medal shot for the Finns, and the first gold medal game featuring a Canada-Finland matchup.

The Canadians are set as overwhelming -320 favorites on home ice. Canada, though, is just 3-5 straight in world junior gold medal games played at home.

The puck is slated to drop at 8pm ET at Rogers Place. The NHL Network is carrying the broadcast in the USA, while Canadians can catch all the action on TSN.

Canada (three) and Finland (three) have combined to win six of the past nine World Junior gold medals.

The Canadians are 6-0 in the tournament and showing a goal differential of +26. Phenom Connor Bedard, expected to be the first player chosen in the 2023 NHL entry draft, displays 4-4-8 totals from six games.

Head to head, Canada whipped Finland 6-3 in preliminary round play. Six different Canadian players counted goals. Captain Mason McTavish (1-2-3), who figures to be one to watch this season in the Calder Trophy odds with the Anaheim Ducks, and defenseman Owen Zellweger (0-3-3) accounted for three points apiece.

That is the only tournament loss for the Finns (5-1). Perhaps the best thing going for them is the success of recency. Along with being senior world and Olympic champions, Finland is also 3-1 straight up against Canada in their last four World Junior medal round meetings. In 2014, the Finns beat Connor McDavid and Canada 5-1 in the semifinals.

Both teams are very effective with the man advantage. Canada is the tournament’s #1 power play. The Canadians are clicking at 57.14%, going 8-for-14).

With just 28 goals for the tourney, that means the Finns have scored exactly 50% of their goals while enjoying the manpower edge. The lone goal of their 1-0 semifinal win over Sweden came with the Finns on the power play.

What’s a conundrum for Finland is the penalty kill. On the one hand, the Finns are a very disciplined squad. They’ve taken a tournament-low 12 penalties. On the other hand, Finland isn’t very structured when it comes to the penalty kill. Allowing six goals to opposition power plays, Finland’s 50% PK ratio places the squad dead last in that category.

The Finns worked overtime to beat Canada in the gold medal game at the 2022 senior world tourney. Canada beat the Finns in the 2021 final of that event.

At the World Junior level, there isn’t the same level of rivalry between the Canadians and Finns. As mentioned earlier, this will be their first clash with the gold medal on the line.

McTavish has scored at least three more goals than any other player in this event and is performing like an MVP. Canadian goalie Dylan Garand hasn’t been required to stand on his head. However, he’s making all the saves he should and is 5-0 with a 2.00 GAA.

Canada will look to set the tempo, The Canadians want to drive possession and control zone time. The Finns are happy to play patiently at 5-on-5 and wait for their chances, especially on the power play. But unlike many Canadian teams of the past, this one plays with discipline. They don’t take foolish penalties. If the Finns can’t get on the power play, they won’t beat Canada.