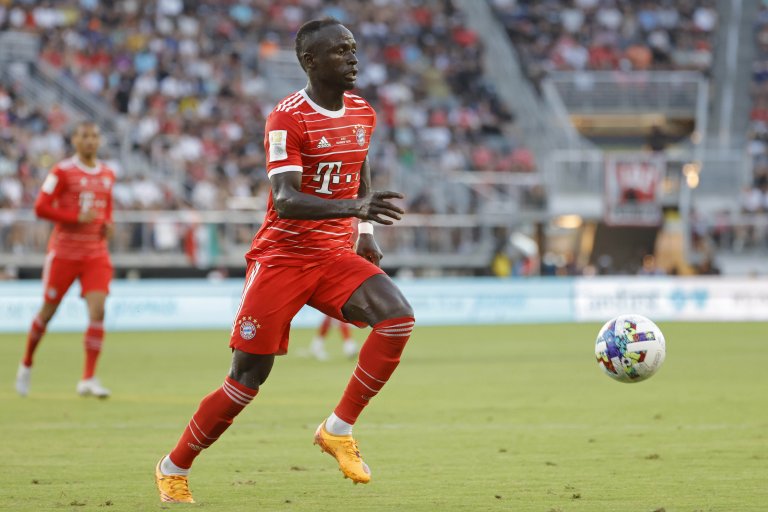 While Bayern still dominates futures & outrights at the top of German football, the contest for the Golden Boot provides intrigue and potential value for bettors.

Mane is the favorite here despite scoring only 16 times in the league last season. The Senegalese forward won a share of the Premier League Golden Boot back in 2018-19, but he’s averaged just 15 league goals per campaign since then. Schick, who is second in the betting at +700, scored 24 times last season, but managed only 19 goals across 2019-20 and 2020-21.

French international Christopher Nkunku broke out in a big way in 2021-22, scoring 20 times in the Bundesliga. This was by far  the best return of his career, with the former PSG forward finding the net on 11 occasions across 40 Bundesliga starts in 2019-20 and 2020-21.

Karim Adeyemi, Dortmund’s summer signing from Salzburg, is unproven in the top five leagues, yet he comes into this campaign on the back of a prolific 2021-22, having scored 19 goals in just 24 league starts.

Big Boots to Fill for Mane

With no Lewandowski, there’s a massive void to fill in the Bayern frontline. The Pole clocked over 32 expected goals last season, which was 15 more than anyone else. No single Bayern player is going to replicate Lewandowski’s production, but the bookies clearly fancy Mane to step into that role and lead the attack.

Mané & Gnabry is going to be such a deadly duo this season. pic.twitter.com/bPJI0bVw2q

Julian Nagelsmann may use Mane and Serge Gnabry (+1400 to win the Golden Boot) as his first-choice front two. Gnabry scored 14 times in 2021-22 in just 25 league starts. Replacing Lewandowski’s goals will be an effort by committee — it’s very unlikely Mane gets into the high-20s given his track record. The former Southampton winger has just one league season to his name with over 18 goals, and his career-high in xG is just 17.3.

Mane is a decent candidate for the Golden Boot, but this price is on the short side, even if he ends up being Bayern’s primary penalty taker.

If Nagelsmann uses both centrally in a 4-2-2-2, Gnabry is the better value of the two despite never scoring more than 14 in a league campaign. Should he stay fit for the season, the Germany international can expect his xG per 90 to get upwards of 0.5, and we know Bayern will still create a bucket load of chances after registering almost 25 more xG than any other team in 2021-22.

Second to only Lewandowski in goals and xG last season, Schick is our best bet of the top four here. That was with just one penalty scored and two taken. Leverkusen ended up sharing spot-kick duties due to numerous misses, but we could see Schick take on the responsibility from 12 yards in 2022-23, which will aid his Golden Boot cause.

Ably supported by Leverkusen’s other attacking talent, there’s no reason to believe Schick will see his chances decrease. He should easily get into the 20s again this season — that may well be enough to win the Golden Boot with no elite striker at the other top clubs.

Priced at +1200, Andre Silva is a name to consider in this market, too. Leipzig scored 47 times in 20 matches after hiring Domenico Tedesco, and the Portuguese striker is only one season removed from scoring 28 Bundesliga goals for Eintracht Frankfurt. Silva was seventh in xG per 90 in 2021-22, and will inevitably have a few penalties to help his cause.