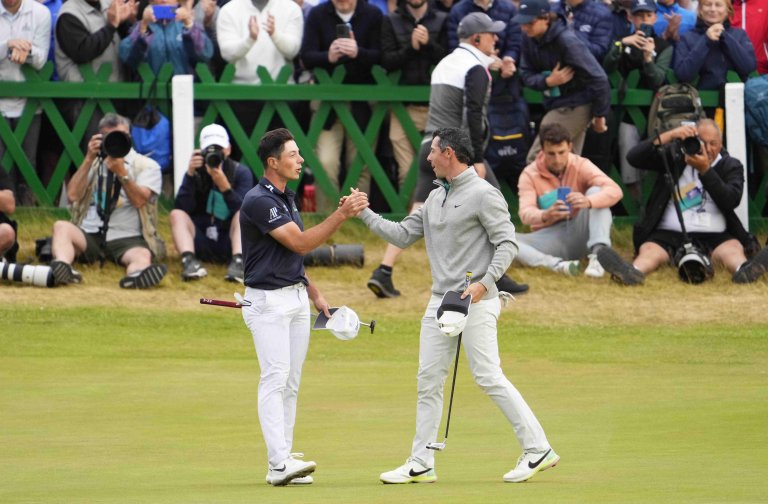 If Tiger Woods isn’t going to win the 150th British Open at St. Andrews, it’s only fitting that Rory McIlroy does. McIlroy has been the face of golf over the past few months, taking a stand against the LIV TOUR and emerging as one of the “good guys” of the game.

The 2014 British Open champ is not only the betting favorite, but also the crowd favorite heading into the Final Round. After a 6-under 66 on Saturday, he shares the 54-hole lead with Viktor Hovland, four strokes clear of 36-hole leader Cam Smith, and First Round leader Cam Young.

Odds as of July 16th at DraftKings Sportsbook.

McIlroy, who won Canada’s National Open last month, is searching for his first Major victory since the 2014 PGA Championship. He’s posted 16 top-10s in Majors since that tournament, but there’s plenty of reason to believe he’ll finally taste victory at a Major again on Sunday.

The bull case for Rory is simple. If the conditions cooperate, he’ll completely take apart the Old Course like he did on Saturday. McIlroy carded five birdies and an eagle against just one bogey in the Third Round, finishing second in strokes gained tee-to-green for the day.

“Every part of my game has felt good this week.”

Co-leader @McIlroyRory says he just needs to keep it going for one more day. pic.twitter.com/DqUVt4JXyI

Four, and potentially five, of the 14 Par-4s are drivable and both Par-5s are reachable in two. That gives McIlroy six to seven holes where eagle is in play, and anything less than birdie is a disappointment.

McIlroy has flashed a total game this week leading the field in strokes gained tee-to-green and off-the-tee, while ranking in the top-15 in strokes gained putting and around the green. His approach game has been the weakest link so far, yet he still ranks inside the top-24 in that category.

He’s either held or shared the 54-hole lead five previous times in Majors, winning each of the last four. The only question is can you stomach his -125 price tag? Personally, I’d prefer to go bargain hunting further down the board in the hope that someone catches lightning in a bottle. But, make no mistake if it’s between McIlroy and Hovland, I side with Rory.

Hovland is just as capable of going low at St. Andrews as Rory is, however McIlroy’s Third Round 66 seems much more repeatable than Hovland’s. The Norwegian holed a pair of 40-foot putts on the front nine and was perfect on the day in scrambling. Anyone who is familiar with Hovland’s game will tell scrambling is not his strong suit.

He moves into the co-lead ? pic.twitter.com/Hj81XFJPPQ

He ranks 204th out of 204 qualified candidates on the PGA Tour in strokes gained around the green this season and 113th in bogey avoidance. If he starts missing greens he can completely take himself out of the tournament, while that just won’t be the case for McIlroy.

Tommy Fleetwood (+13000): It’s going to take a special round and a lot of luck for anyone to threaten Rory and Hovland’s lead on Sunday, but don’t sleep on Fleetwood. A trendy outright selection pre-tournament, Fleetwood finished second in the Third Round in strokes gained total, and led the field in putting. He’s no stranger to going low on Sunday at a Major, and is probably best remembered for his Sunday 63 at the 2018 U.S. Open, which was only one stroke short of erasing a six-shot Final Round deficit.
Bryson DeChambeau Top-10 (+600): He may be one golf’s black sheep now, but no one can deny what he did on Saturday. DeChambeau led the field in strokes gained tee-to-green, was third on approach and sixth in strokes gained off-the-tee. Arguably the longest player in the field, he can reach some of these Par-4s with an iron off the tee, giving himself plenty of easy birdie looks.