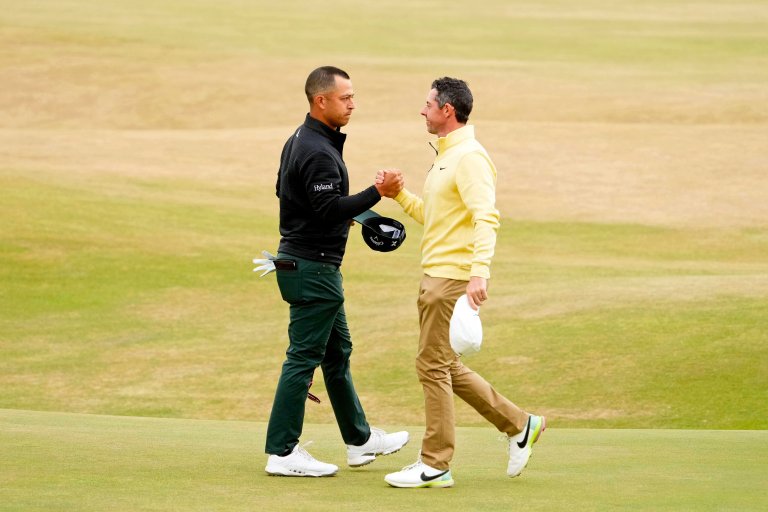 After the first round of the 150th Open Championship, PGA Tour rookie Cameron Young has raced out to a two shot edge following a brilliant 8-under-64. His next closest pursuer is Rory McIlroy, who came into the tournament as the betting favorite to win his second career Claret Jug. Other big names within shouting distance of the lead are world #1 Scottie Scheffler, Cameron Smith and Dustin Johnson. Young’s scintillating round was the lowest ever by a player making their Open Championship debut.

Historically, it as been critical to be close to the lead after the opening 18 holes at this track. Since 1939, every winner was inside three strokes of the lead after the first round, spanning 15 tournaments. It wasn’t a strong start for Tiger Woods, who has won twice at this course in the past, as he opened up with a 6-over, 78. Just seven golfers had a worse score than the 15-time major champion.

Read on to see the updated odds and best value bets heading into Friday’s second round of the British Open Championship.

Odds as of July 14th at DraftKings Sportsbook.

Cameron Young has had a stellar rookie campaign, racking up five top-3’s finishes, including a T-3rd at the PGA Championship. He has yet to post a win on the PGA Tour, so it might be too tall a task to expect him to continue the magic for the final 54 holes. He hit every green in regulation for the first time of his career on Thursday.

This is Rory McIlroy’s third straight major inside the top-two after the opening 18 holes. At the PGA, he wound up in a tie for eighth, and he was T-5th at the U.S. Open when all was said and done. He amazingly hasn’t won a major in eight years, but he came into the championship as the favorite for a reason, and obviously nothing at this point could dispel that.

Rory McIlroy is the first player all-time to begin two different Open Championships at St Andrews with rounds of 66 or lower (2010, 2022).

His +360 number is hard to stomach based off his inability to close out a major in such a long period of time, however. Scottie Scheffler (four shots back), who has more than double the length of odds than the Ulsterman, sports better value, considering he won this year’s Masters and he was T-2nd at the U.S. Open last month.

Xander Schauffele (+1400): It’s hard to count out the hottest golfer on the planet, considering Xander Schauffele has won his last two PGA Tour events, particularly when one was links golf last week at the Scottish Open. He shot a solid 3-under, 69, with five birdies and two bogeys. The X-Man has had several brushes at winning his first major title, with six career top-5’s in majors, including a T-2nd at the 2018 Open Championship.
Bryson DeChambeau (+4500): In terms of straight up talent, it’s hard not to look at this +4500 number beside Bryson DeChambeau’s name and start daydreaming about a potential big payday. He, like Schauffele, had five birdies and two bogeys Thursday. The 2020 U.S. Open champ surprisingly hasn’t been better than T-26th in six majors since that victory, but he has all the tools to grab his second major. He’s able to overpower a golf course, and should be find the conditions favorable, the Mad Scientist could have plenty of wedges into greens.