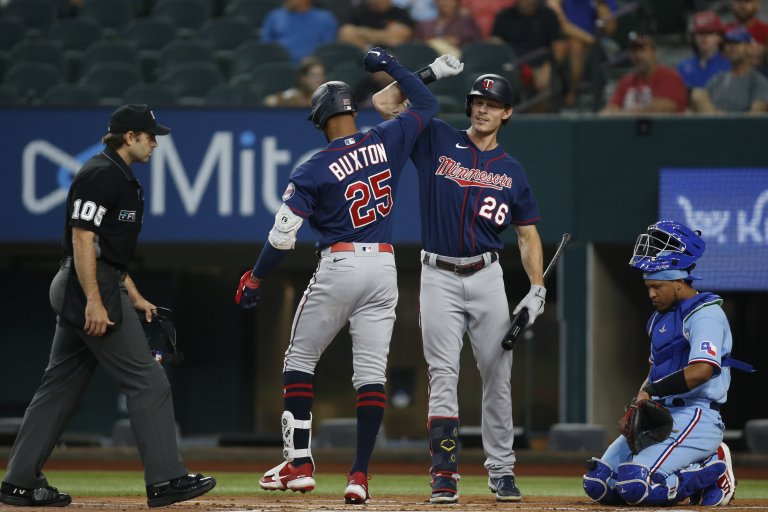 It’s a battle of first place clubs on Wednesday afternoon, as the leaders of the Central division in both the AL and NL continue a two-game set. Both the Brewers and Twins began the series in a bit of a funk, with Milwaukee dropping four of five and Minnesota losing three of four.

The Twins opened up as a -150 moneyline favorite, in a game with a total of 8.5. First pitch is scheduled for 1:10 pm ET at Target Field in Minneapolis, Minnesota, with clear skies and 86 degree game-time temperatures in the forecast.

Minnesota will give the ball to right-hander Joe Ryan. The 26-year-old has been very reliable this season, allowing three runs or less in all but two of his 13 starts.

Last time out, he surrendered two earned runs to the White Sox in a no decision, which followed up 7 innings of one run ball against Baltimore.

He’s never faced the Brewers before, but he’ll have his hands full on Wednesday. The last time he faced a quality lineup in the same tier as the Brew Crew, he coughed up four runs over 4 innings to Houston.

Milwaukee, a top-eight contender in the World Series odds, will counter with Aaron Ashby. The southpaw has been one of the weak links of the rotation so far, posing a 1-3 record over his last five starts. He’s allowed 20 runs over 23.2 innings during that stretch, and is fresh off getting hit hard by the lowly Pirates.

Diego Castillo went down and got this one for his 10th home run of the season. @ChrisHalicke has your coverage from American Family Field.

The NL’s lowest scoring team touched him up for eight runs over 8.2 innings, including three homers. If one of the worst lineups in baseball can feast on him like that, imagine what the big bats of the Twins are capable of.

Minnesota has been a top-eight lineup for most of the season, but they’ve taken it to another level over the past seven days. They’ve got a slash line of .294/.365/.572 during that stretch, while averaging 6.9 runs per contest.

Luis Arraez owns the highest batting average in the league (.348), while Bryon Buxton has already set a career-high with 23 home runs. In total, five regulars own a WAR north of 2.0, and seven players have already eclipsed 100 total bases.

Milwaukee’s lineup is no slouch either. Despite not having a legitimate contender in the NL MVP Odds, they rank top-10 in MLB in runs per game, slugging and OPS.

Off and [email protected] homers for the second time in as many games.#ThisIsMyCrew pic.twitter.com/D7nPmoafnv

Atlanta is the only NL squad with more home runs, in spite of the fact that no Brewers hitter has more than 17. They produce offensively with depth, not star power, and are averaging 5.3 runs per outing over the past two weeks. They’re slugging .467 with an .800 OPS during that stretch, and have hit righties like Ryan much harder than they have lefties in 2022.

One injury note to pass along, Christian Yelich was scratched from Tuesday’s game due to back tightness and will be questionable to play on Wednesday.

If you’ve made it this far, you probably have a hunch that we’re expecting a high-scoring game on Wednesday. A pair of top-10 offenses combined with an underwhelming Milwaukee starter will certainly help the over’s cause, as will the potent Brewers lineup even against a quality starter like Ryan.

Overs have been a popular bet in Minnesota games lately and for good reason. Entering Tuesday, each of their past five games had cleared the total.

Not to be outdone, Milwaukee has seen 56% of its games go over the total on no rest, while the over is 7-3-1 in their last 11 road contests.