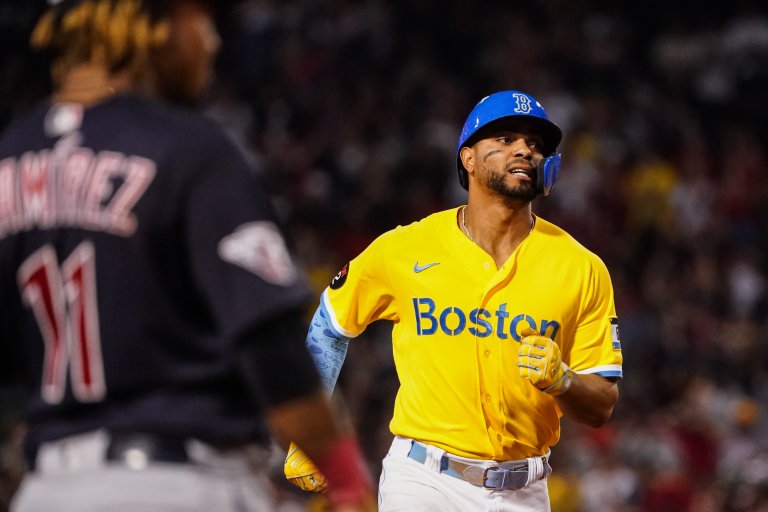 The Brewers and Red Sox continue their three-game series on Saturday afternoon
It’s  Eric Lauer vs Nick Pivetta on the mound
Find the odds, preview, and picks below

It’s lefty versus righty on the mound here. The Brew Crew will hand Eric Lauer the ball, while the Red Sox counter with Nick Pivetta.

Odds as of July 29th at Caesars.

Despite struggling to win games lately, Boston is a -120 favorite here. The runline also offers big value at +150.

Lauer has been pretty reliable for the Brewers this season, going 6-3 with a 3.84 ERA in 18 starts. Although he’s dealt with control problems at times (34 walks in 100.2 innings), he’s struck out 103 batters. The biggest issue when it comes to giving up runs for the southpaw is the long ball. He’s allowed 20 home runs.

Eric Lauer had a rather creative explanation for the lack of command (both by himself and in general):

“Today was one of those days where no matter what you did, the ball was NOT going to go where you wanted it to. It was like, a forcefield around the zone for some reason.”

His last outing wasn’t pretty by any means, tossing just 4.1 innings against Colorado while surrendering four earned runs on six hits. The 27-year-old also walked three. He’s never faced the Red Sox in his career but his ERA is well over four on the road in 2022 as opposed to just 2.85 at home.

It’s been an up and down year for Pivetta. He’s looked solid at times but then terrible in others. On the year, the Canadian has compiled a 4.36 ERA in 20 starts while going 8-7. His last outing was truly a bounce-back performance, allowing only one earned across 5.2 innings vs Cleveland.

Prior to that, however, Pivetta gave up seven, six, and seven earned runs to the Yankees on two occasions and the Rays. Consistency is what he needs right now but it’s not a good sign that he was absolutely lit up in his lone career appearance vs Milwaukee, allowing nine earned in five innings. On a more positive note, his ERA sits at 3.08 in day games.

Heading into Friday night, Milwaukee has a three-game lead over the Cardinals in the NL Central and continues to play good baseball. They just swept the Twins in an interleague matchup and have gone 6-4 in their last 10.

Offensively, the Brewers are hitting just .238 as a group. But, they’re managing to score 4.6 runs per contest, which is seventh in the Majors. Timely hitting is the name of the game for this team, along with a quality pitching staff that owns a 3.89 ERA.

Red Sox Need to Turn it Around

Ahead of Friday’s matchup, Boston is a brutal 3-7 in their last 10 games and is now in fifth place in the highly-competitive AL East. Alex Cora’s squad is a whole 17.5 games behind the Yankees in top spot and even trails the Orioles right now. Needless to say, it’s a miserable campaign to this point.

It doesn’t get any easier after this Brewers series either as the Red Sox head to Houston to face the Astros, one of the best ballclubs around.

I’m going to ride the trends here. Lauer is not good on the road, while Pivetta tends to put his best foot forward in day contests. Yes, the Red Sox have been bad lately, but I think they’ll pull this one out.