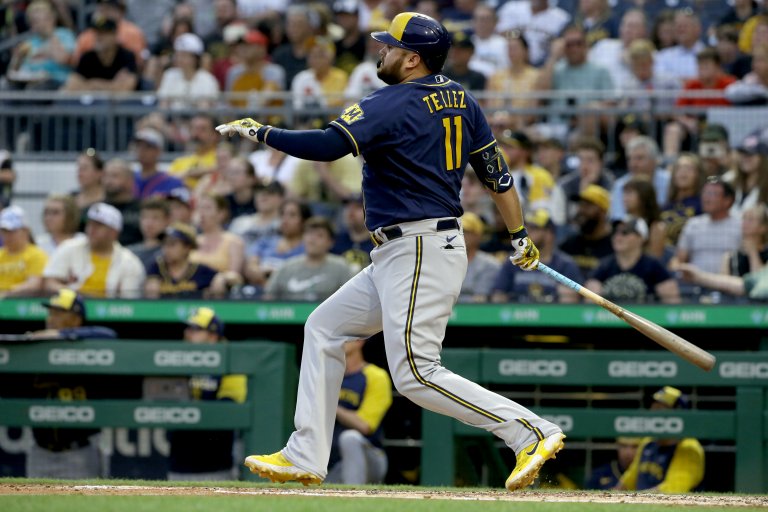 The Milwaukee Brewers and Pittsburgh Pirates face off at PNC Park on Sunday, July 3rd
Craig Counsell’s club is battling the Cardinals for NL Central supremacy, while Derek Shelton’s group is developing a slew of prospects
Read below for the Brewers vs Pirates odds and betting preview

The Milwaukee Brewers (45-35) face the Pittsburgh Pirates (32-46) on Sunday at PNC Park. The finale of the four-game series has a scheduled first pitch of 1:35pm ET. The Brew Crew will send Brandon Woodruff to the mound, while the Buccos counter with Zach Thompson.

The Brewers are road favorites in this one and are -175 favorites to win the NL Central. Meanwhile, the Pirates have +30000 odds to win the division.

Odds as of July 2nd at Caesars Sportsbook

The 29-year-old Woodruff — who finished fifth in NL Cy Young Award balloting last season — has only turned in a pair of quality starts this season among his ten turns. The good news? Milwaukee is 7-3 in those outings. Of those 10 turns in 2022, only three have been utter outliers (allowing 16 earned runs in 13.1 innings). Outside of those starts, Woodruff has gone 6-1 with a 1.96 ERA.

Brandon Woodruff, Incinerating the Side. ? pic.twitter.com/TqgRcZBByY

Woodruff is coming off a five-inning effort against the Rays, allowing only two hits, one earned run and no walks while striking out 10 in an eventual 5-3 Brewers win.

Meantime, the Pirates have gone 6-7 in Thompson’s overall appearances this season, and 5-7 in his starts. The 28-year-old has only tossed one quality start in 2022 — and that was a 3-1 victory over the Reds on May 14th.

Zach Thompson is a pitcher for the Pittsburgh Pirates
He has 54.1 innings pitched, has averaged 5.30 runs per 9 innings, and has given up 54 hits this season ⚾#LetsGoBucs #MLB pic.twitter.com/5SbC6185Nc

The 6-foot-7 right-hander has only pitched past the fifth inning twice this season and is coming off a 4.1 inning effort against the Giants on June 17th. He allowed four hits, two earned runs, and five walks while striking out two in an eventual 2-0 loss.

Prior to taking the first two of three from the Brew Crew in this series, the Buccos had been dominated by Milwaukee — losing eight straight. But this Pittsburgh club may have turned a corner in mid-June. After getting out to a woeful 24-38 start, Shelton has injected young talent into the lineup — and that group has paid dividends — going 8-8 since June 15th.

Oneil Cruz homers only have one speed ?

A big part of the recent surge — pun intended — has been the play of 6-foot-7 shortstop Cruz. The 23-year-old has driven in 12 RBI over his last 13 games and has knocked in at least one run in each of his first nine games at his home park.

Meantime, the big boppers for the Brewers over the last six games have been Rowdy Tellez and Luis Urias. The infielders have accounted for a combined eight homers and 21 RBI in that stretch while hitting at a respectable 14-of-49 (.286) clip.

You’d think so. After 74 games played, those are the figures Rowdy Tellez is on pace for.

Tellez hit his fifth long ball in five games in a 19-2 rout over the Pirates on Friday in a game the Brewers crushed five big flies in.

The Pirates currently have +75000 odds to win the Fall Classic, while the Brewers are at +1500 in the World Series odds.

The Brewers have the clear pitching advantage in this spot, but Cruz’s hot bat makes the home dog an interesting play in this spot.

That said, it’s not like Milwaukee isn’t scoring runs of late. With Tellez and Co. in an offensive groove, I fully expect Woodruff to help pitch the visitors to a victory.