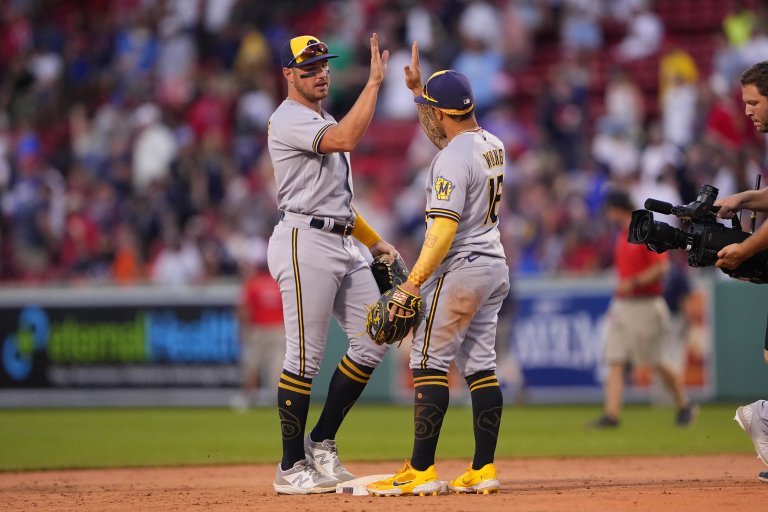 The Milwaukee Brewers and Pittsburgh Pirates face off at PNC Park on Tuesday, August 2nd
The Brewers have led the NL Central for the majority of the 2022 season, while the Pirates are out of postseason contention once again
Read below for the Brewers vs Pirates odds and betting preview

The Milwaukee Brewers (57-45) face the Pittsburgh Pirates (40-62) on Tuesday at PNC Park. The opener in a three-game series has a scheduled first pitch of 7:05 pm ET. The Brew Crew will send Corbin Burnes to the mound, while the Buccos counter with Bryse Wilson.

Milwaukee is favored in this one and is also favored to win the division with -245 odds. Meantime, Derek Shelton’s club is an extremely long +50000 in the MLB Division odds.

Odds as of August 1st at Caesars Sportsbook.

The reigning NL Cy Young Award-winning Burnes was an All-Star for a second straight season in 2022 and leads the league in strikeouts with 160 over 124.2 innings. Meantime, his 2.31 ERA trails only Miami’s Sandy Alcantara in the Senior Circuit. The Brewers have gone 13-7 in his turns this season, 15 of which have been of the quality vintage. He’s also gone at least six innings and allowed three runs or less in seven of his last eight outings.

The 27-year-old has allowed no earned runs 13 times this season, which is among MLB leaders and is coming off a start last Wednesday against the Twins where he went six frames, allowing five hits, three earned runs and no walks while striking out 11 in an eventual 10-4 win.

Meantime, Wilson may not have the credentials his Tuesday counterpart has — but he’s been a respectable member of Pittsburgh’s rotation, especially over the last month. The Bucs have gone 5-5 in his starts this season (5-8 in overall appearances) and the 24-year-old has three quality turns. He’s been a different pitcher after the first turn through the lineup.

Wilson went six innings and allowed six hits, three earned runs and a walk while striking out a pair last Tuesday in a 4-2 defeat to the Cubs.

It will be interesting to see how Milwaukee responds in the club’s first game without arguably the game’s best closer in Josh Hader. The four-time All-Star was dealt to San Diego for Taylor Rogers and three others on Monday. The Brewers have been rolling since the break, going 7-2 and winning series against the Rockies, Twins and Red Sox. Infielders Kolten Wong and Luis Urias have been the offensive stars, with Wong batting .412 and Urias hitting at a .389 clip.

Willy Adames and Rowdy Tellez provide the punch for Craig Counsell’s club, with both sluggers accounting for 20 home runs this season.

Meantime, Pittsburgh is at the opposite end of the spectrum in the second half. Shelton’s group has struggled since the break, sporting a 1-8 mark.  Five players — led by Brian Reynolds — have double-digit long ball totals. None of them are hitting higher than Reynolds’ .251 batting average. While it’s been especially bleak over the last week, there are a pair of bright spots.

Mitchell is hitting .353 and slugging .765 in his last five games, while Kevin Newman has a .455 batting average and .727 slugging percentage over the same stretch.

The Pirates are currently +100000 longshots to win the Fall Classic, while the Brewers are at +1700 in the World Series odds.

Milwaukee is hot and Pittsburgh is not. Counsell’s squad has one of the game’s elite pitchers — and quality start machine — on the bump, while the Pirates are sending out a pitcher still trying to find himself.

Mitchell and Newman have provided some excitement to Pittsburgh fans recently, but this one is a mismatch.