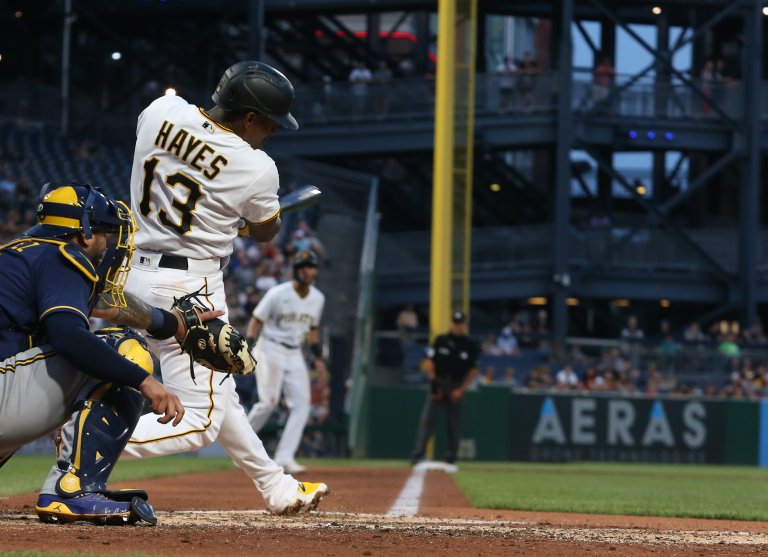 The Milwaukee Brewers are -250 road favorites over the Pittsburgh Pirates in a National League afternoon game scheduled for Thursday, August 4
Entering play Tuesday, Pittsburgh was 1-7 straight up over the past eight games
Below, see the Brewers vs Pirates odds, picks, and betting trends

It’s worst-versus-first in the National League Central, as the last-place Pittsburgh Pirates (41-62, 22-29 home) play host to the division-leading Milwaukee Brewers (57-48, 31-26 away) in the final game of a three-game weekday series.

Not much is going right for the Pirates of late. Entering play Tuesday they were 1-7 straight up over their past eight games. That includes a 1-5 slate on a current eight-game homestead that wraps up with this game.

Taking all of this into consideration, it’s no wonder then that it’s the Brewers who are -250 road favorites in the rubber match of this three-game set. Pittsburgh is 15-26 against the run line as a home underdog this season.

First pitch at PNC Park is set for 12:35 pm ET on Thursday, August 4. The weather forecast is showing partly cloudy skies with 9 mph wind and a temperature of 91 degrees.

At odds of -250, the Brewers are offering an implied probability of victory of 71.43% in the MLB betting line. A successful $10 wager on Milwaukee would deliver a payout of $14.00.

Brewers right-hander Brandon Woodruff has won his last four decisions. He’s 6-1 since May 15. Woodruff has held the opposition to one earned run or fewer through six of his last nine starts.

The Brewers pitcher hasn’t surrendered a home run over his past 36.1 innings. Woodruff has struck out at least eight batters in five of his past six trips to the mound.

Brandon woodruff since returning from his IL Stint:

Right-hander Zach Thompson of the Pirates is winless over his last seven starts. He was 0-3 with a 6.33 ERA in five July starts.

Zach Thompson is a pitcher for the Pittsburgh Pirates
He has .630 strike percentage, has averaged 9.74 hits per 9 innings, and has faced a batter 359 times this season ⚾#LetsGoBucs #MLB pic.twitter.com/7EI5IuRKcr

Thompson is 0-2 with a 6.75 ERA in three starts this season against Milwaukee. That’s the only times he’s faced the Brewers during his brief, two-season MLB career.

Pirates hitters Bligh Madris (1-for-3), Michael Chavis (1-for-3) and Kevin Newman (8-for-24) are all batting .333 when facing Woodruff. Newman has homered and driven in two runs. Ben Gamel has also gone deep when batting against Woodruff.

Since coming back from a June stint on the IL due to Raynaud’s syndrome, a circulatory condition, Woodruff is looking like the pitcher who was an all-star and fifth in NL Cy Young voting last season.

It’s been a long time since Thompson was looking anything like a competent MLB starting pitcher. This has all the makings of a game that could quickly get out of hand.