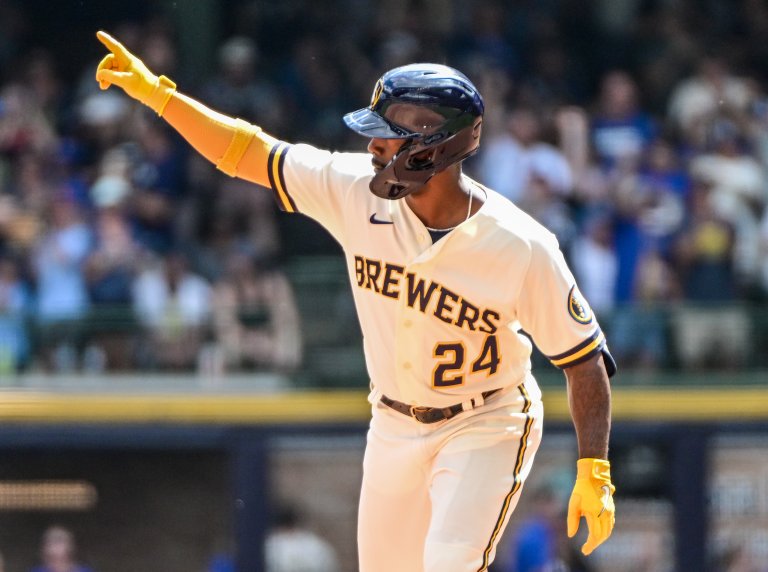 The Brewers begin a three-game set with the Cubbies on Friday afternoon
Milwaukee is a -140 favorite
Who will take the series opener? Read on for the odds, preview, and betting prediction

The Milwaukee Brewers (63-54, 32-30) will begin an important three-game set on Friday, August 19th with the Chicago Cubs. The first pitch is scheduled for 2:20 pm ET. The Brew Crew are currently trailing the Cardinals by three games in the NL Central.

Milwaukee goes with Aaron Ashby on the mound, who hasn’t been the most consistent. The Cubbies hand Keegan Thompson the ball, one of their better arms.

The Brewers might be a -140 favorite for the series opener, but the Cubbies have won four of their last five against them, including two out of three on the road back in early July.

Can’t ask for much more than what Aaron Ashby gave you today.

However, Ashby’s last outing was respectable, holding St. Louis to two earned across six frames, allowing just three hits. Two of them were home runs, though. He tends to pitch well against the Cubs, posting a 2.35 ERA. His ERA also drops to 3.72 in day games.

Thompson is in the midst of a solid campaign for the struggling Cubbies, compiling a 9-5 record and 3.67 ERA in 16 starts and 24 appearances overall. He’s also struck out 88 in 100.2 innings while walking 34.

Development of Justin Steele & Keegan Thompson is, obviously, huge for Cubs & what they could do in offseason to upgrade roster.

But, the righty is getting hit around lately. Last time out he gave up four earned runs in just 1.2 innings and two starts prior to that, Thompson was lit up by the Cards for 10 hits and five runs. On a more positive note, his ERA is a stellar 2.40 at home. In 2.2 relief innings vs. Milwaukee earlier in the campaign, he didn’t give up a single run, either.

Milwaukee had the division lead for quite some time but started to slump while the Cardinals surged. But, the Brewers are still in reach of St. Louis and a series sweep here of the Cubs could go a long way.

Cutch is having one of those [email protected] | #ThisIsMyCrew pic.twitter.com/p6v5vj3EUM

Craig Counsell’s squad just split a four-game series with the Los Angeles Dodgers, taking the finale on Thursday by a score of 5-3. Andrew McCutchen had an absolute day with two homers, while Hunter Renfroe also went 3 for 3. Corbin Burnes also threw 5.2 solid innings. Hopefully, the Brew Crew can carry the momentum into Friday.

Chicago is in the midst of a very rough campaign, but they’re playing quite well against Milwaukee in recent memory. We know how much these teams do not like each other and at this point, it’s basically about spoiling the Brewers’ party.

It does help that the Cubbies are winners of three straight, taking two out of three from the Nationals and then beating the Orioles 3-2 on Thursday. Adrian Sampson tossed 5.2 quality innings of scoreless baseball and Willson Contreras went 2 for 4 with two long balls.

Although Thompson is a little bit shaky across his last few outings, it’s impossible to look past the ERA at Wrigley. For that reason alone, I’m riding the underdog on Friday.