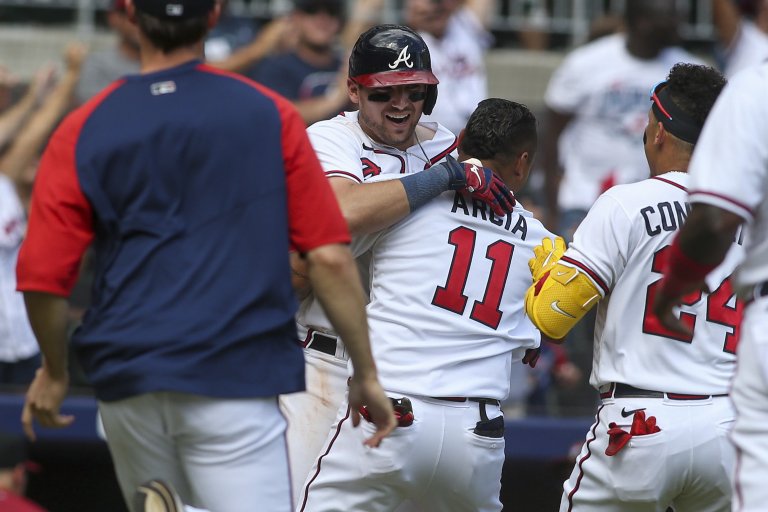 Both the Atlanta Braves (64-46, 27-24 away) and Boston Red Sox (54-56, 26-27 home) desperately need to find some form. The defending champs enter play riding a three-game losing streak, while the Red Sox have dropped four of five.

Oddsmakers expect Atlanta to be the team that bounces back in the first game of this interleague series on Tuesday, as they opened up as the road chalk.

The Braves are currently -125 moneyline favorites, in a game with a total of 9. First pitch is scheduled for 7:10 pm ET at Fenway Park, in Boston, Mass, with clear skies and 84-degree game-time temperatures in the forecast.

Despite their recent struggles the Braves are still as top-five contender in the World Series odds. They’ll give the ball to Charlie Morton, who’s looking to emulate his latest performance.

Standing ovation for Charlie Morton and another dominant start for this @Braves rotation ? pic.twitter.com/SiDmRUgniO

Facing the potent Philadelphia Phillies, Morton threw 6.2 innings of shutout ball. He scattered just three hits and walked only one, while striking out eight batters. It was the second time he’s thrown at least 6 scoreless innings in his last three starts, as he also blanked the LA Angels two and a half weeks ago.

Morton has plenty of history versus Boston from his time with the Houston Astros and Tampa Bay Rays. He’s held current Red Sox batters to a .245 average over 126 at-bats, and a sub-.290 OBP.

The Red Sox will counter with the wily veteran Rich Hill. The 42-year-old has been roughed up in back-to-back starts, allowing seven total runs over 7.2 innings to the Astros and Chicago Cubs.

If someone wants Rich Hill, please be my guest.

He has minimal history against this version of the Braves lineup, and will have his hands full with a lineup loaded with potential.

Atlanta’s bats will be looking to bounce back after a dismal two hit, 19 strikeout performance versus Jacob deGrom and the NY Mets. The Braves had no answer for the Mets ace, but the matchup against Hill is much more favorable.

Atlanta checks in with a top-six scoring offense, while they also rank top-four in slugging and OPS. Austin Riley has the second shortest price in the NL MVP odds and absolutely crushes left-handers like Hill.

As a team, the Braves have a batting average that is .14 points higher against southpaws compared to righties, and an OPS that is .33 points better.

The offensive outlook isn’t as promising for Boston. After hitting .267 in June, they batted only .238 in July and are hitting .223 so far in August.

Their OPS is down .120 points over the last two months, while they went from averaging 5 runs per game to 3.5. At one point in June they were among MLB’s best in slugging and OPS, and now sit barely above league average.

Boston was outscored by 10 runs while dropping three of four versus the Royals over the weekend, and have exceeded four runs just three times in their last 11 games.

It’s not just the offense that is struggling though. Since July 1st, the Red Sox starting rotation has a 6.47 ERA, while their bullpen boasts an MLB-worst 5.76 mark.

Dating back to July 5th Boston has gone 9-21 overall, which is one of the worst marks in baseball over that stretch. They’ve been relegated to an after thought in the playoff race, and have shown zero signs of turning things around.

Atlanta on the other hand, was beaten soundly in four of five by the Mets over the weekend, but New York is tied for the second best record in MLB. The Braves are 40-18 since June 1st, and are expected to be a major factor in October. Expect them to turn things around on Tuesday.