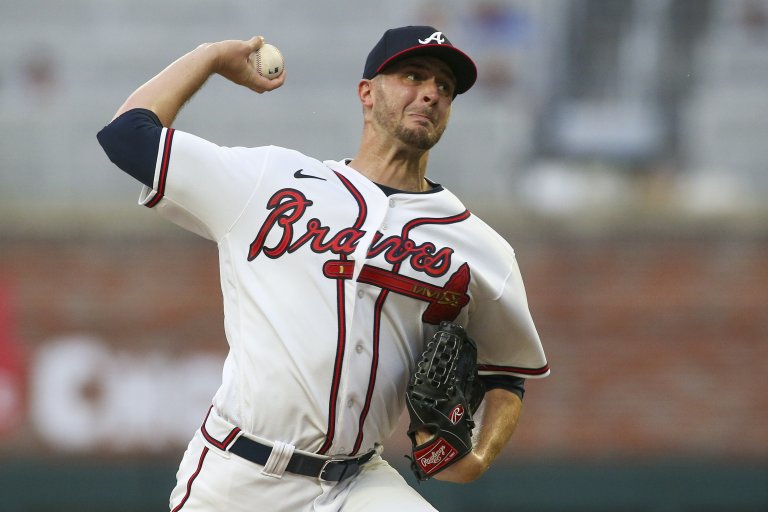 The Braves are -200 road favorites over the Pirates on Monday night
Jake Odorizzi (4-5, 4.15) is scheduled to pitch for Atlanta against Roansy Contreras (3-3, 4.02)
The Braves vs Pirates odds and matchup can be found below with a prediction

One of the National League’s best teams plays one of its worst when the Atlanta Braves visit the Pittsburgh Pirates at 7:05 p.m. ET Monday at PNC Park to open a three-game series.

The Braves hold the first NL wild card and are in second place in the NL East, four games behind the New Yok Mets.

Odds as of August 21st at Barstool Sportsbook.

There is a 60% chance of showers or thunderstorms at the scheduled starting time. The weather forecast also calls for 75 degrees at first pitch with a low of 64, partly cloudy skies with calm winds.

Odorizzi has struggled since the Braves acquired him in a trade with the Houston Astros, going 0-2 with a 5.93 ERA. He is 0-3 with a 5.23 ERA in his past six starts overall.

His most recent rotation turn was a loss to the New York Mets last Wednesday in Atlanta. He was touched for five runs on eight hits in five innings while walking two and striking out two.

This will be just Odorizzi’s third career start against the Pirates, and he is 1-0 with a 4.50 ERA. He had a no-decision in his lone outing at PNC Park in 2018, yielding three runs in 4.1 innings.

Contreras returned to the major leagues last Wednesday and lost to the Boston Red Sox at home. He had spent five weeks at Triple-A Indianapolis so the Pirates could manage his innings pitched – and, likely, service time.

The Red Sox scored four runs off Contreras in six innings. He gave up six hits, walked four and struck out three.

Hitters on the Braves’ active roster are a combined 7 for 17 (.412) against Contreras, who has +25000 NL Rookie of the Year odds. The Pirates’ Ben Gamel has gone 4 for 6 with a double off Odorizzi.

Matt Olson went 2 for 3 with a two-run home run and walk but it wasn’t enough to keep the Braves from losing to the Astros on Sunday. The first baseman’s 62 RBIs since June 1 are the most in the NL.

Braves designated hitter Eddie Rosario did not start because of hamstring soreness but did pinch hit. He will likely return to the lineup Monday.

Kevin Newman, Gamel and Rodolfo Castro each had two hits for the Pirates in their loss to the Reds on Sunday. Tucupita Marcano drove in a pair of runs

Contreras hasn’t gotten a lot of attention, but the rookie has talent. So, partially backing Contreras and partially fading Odorizzi, let’s go with the Pirates at attractive underdog odds.