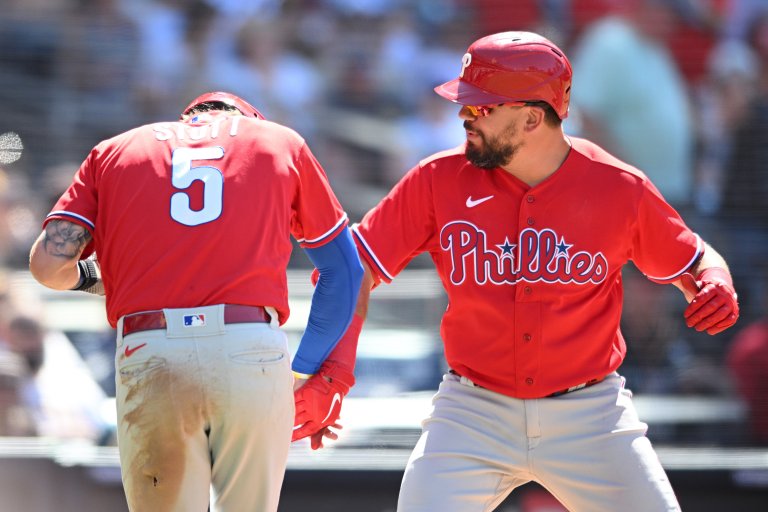 Two teams making serious noise in the NL this month will open up a three-game set on Tuesday in Philadelphia. The Phillies, winners of 18 of 24 games in June, will meet the Braves, who are also scorching hot this month.

Atlanta is 19-5 so far in June, but oddsmakers are siding with the hometown club ahead of this matchup.

The Phillies up as a -115 moneyline favorite, in a contest that features a total of 8. First pitch is scheduled for 7:05 pm ET at Citizens Bank Park in Philadelphia, PA, with clouds and 77-degree temperatures in the forecast.

The Braves, who enter play with the fifth shortest price in the World Series odds, will give the ball to Charlie Morton. The wiley veteran appears to have found his form with back-to-back stellar outings, after hitting a four-start rough patch.

Charlie Morton has struck out 31 batters over his last three starts, while only allowing one walk 👀

Morton has allowed just two runs total over his past 14 innings, racking up a 20-to-0 strikeout-to-walk rate. He’s surrendered only six hits total during that stretch, after yielding at least four runs in each of his previous four outings.

One of those starts came against Philadelphia last month, where he was pulled after only 4.1 innings. He coughed up nine hits and four runs in a no decision, but the Braves offense bailed him out with a big day at the plate.

The Phillies will counter with Zack Wheeler, a top-five contender in the NL Cy Young odds. Wheeler has allowed two earned runs or less in seven straight starts, which includes a strong performance against the defending champs.

Wheeler limited the Braves to two runs and eight hits over 6.2 innings last month, striking out a season-high 10. He was also phenomenal in five starts against them last year, posting a 1.60 ERA and limiting Atlanta hitters to a .193 batting average.

Philly’s lineup will have to make do this week and for the foreseeable future without star Bryce Harper. The top-nine NL MVP odds contender broke his thumb on Saturday, and is out indefinitely. Despite his absence, the Phillies went on to win that game and Sunday’s as well, scoring 12 runs in the process.

Bryce Harper hit by a 97 MPH pitch in the thumb and is out indefinitely pic.twitter.com/qKoPUDuX35

The Braves lineup will also be operating at less than full strength, as Ronald Acuna Jr. is dealing with a foot injury and Ozzie Albies is on the injured list.

Even with the injuries, both Philadelphia and Atlanta are loaded offensively, ranking top-nine in MLB in runs per game, slugging percentage and OPS.

But here’s the thing, both clubs are just as capable of winning with their arms as their bats. Wheeler is obviously an extremely tough matchup for any opposing club, but when he exits the game opposing hitters are not in the clear. The Phillies bullpen ranks top-11 in WAR and FIP, and fifth in K/9 rate.

Morton meanwhile, is pitching very well at the moment, but if he falters the Braves bullpen is elite statistically. Atlanta relievers rank first in WAR, FIP and K/9 rate, and fifth in ERA.

They say good pitching beats good hitting and we’ll put that theory to the test on Tuesday. Despite the prowess of both lineups, both Atlanta and Philly have actually been playing plenty of low scoring games during their impressive runs.

Five of the Phillies’ last six games have failed to clear eight runs, while six of the Braves’ last eight contests have landed on a total of eight runs or less.