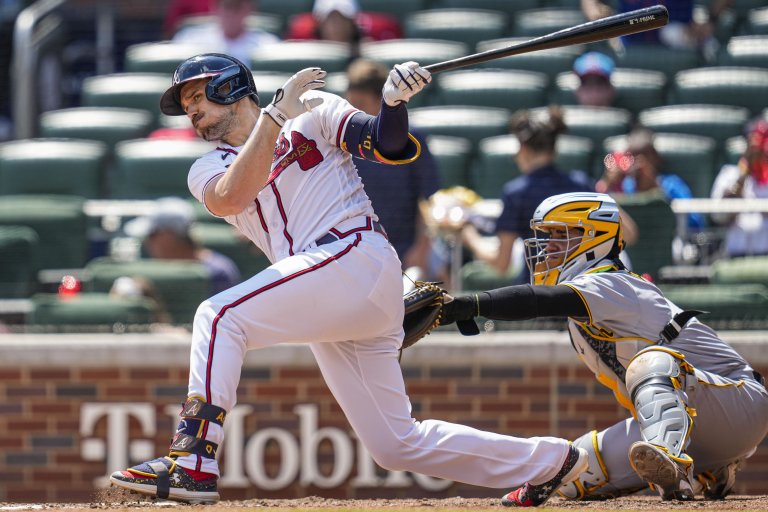 The Atlanta Braves and Washington Nationals face off at Nationals Park on Monday, June 13th
Brian Snitker’s club has battled back from early-season inconsistency, while Dave Martinez’s group has one of the worst records in baseball
Read below for the Braves vs Nationals odds and betting preview

The Atlanta Braves (34-27) face the  Washington Nationals (23-39) on Monday at Nationals Park. The series opener has a scheduled first pitch of 7:05pm ET. The defending World Series champions will send Ian Anderson to the hill, while the Nats counter with Josiah Gray.

The Bravos are road favorites in this spot and have +300 odds to win the NL East.

Meantime, the Nationals are +40000 longshots to win the division. Washington is projected to win 70.5 games in 2022, while Snit’s squad is expected to win 90.5 in the MLB win totals.

The 24-year-old Anderson has pitched into at least the sixth inning in nine of his 11 starts this season — with Atlanta posting a 7-4 mark in those turns — but the 6-foot-3 righty only owns three quality starts in 2022.

One of them, however, was his most recent turn last Wednesday against Oakland. Anderson had struggled a bit at Truist Park coming in — allowing 12 free passes and had a 6.75 ERA at home coming in. But he went six innings, allowing six hits, two earned runs and two walks while striking out five in an eventual 13-2 Braves victory.

Ian Anderson bounced back to give the Braves another gem 👏🏼

Meantime, fellow 24-year-old Gray has very similar numbers to his counterart on Monday. Washington has gone 7-5 in his 12 starts, while the former Dodger prospect has also turned in three quality outings this season. He’s been especially good of late.

Gray has stopped throwing his 4FB as much, lowering his usage of the pitch in 4 straight games (50% to 32.7% in his most recent start)

Gray was a tough-luck loser last Wednesday. He tossed five innings of scoreless ball, scattering six hits and allowing only one walk against six punchouts — but the Nationals failed to give him much run support in an eventual 2-1 defeat to the Marlins.

The Braves come into the nation’s capital as the hottest team in baseball, riding an 11-game winning streak. During the run, Atlanta has outscored opponents 74-30 with 22 homers — while the pitching staff has a 2.32 ERA. Snit’s club launched four homers on Sunday to complete a four-game sweep of Pittsburgh — with Adam Duvall crushing two of them — in a 5-3 victory.

William Contreras & Adam Duval go back to back! Braves lead 2-1 in the 3rd pic.twitter.com/JjLAe0htBH

Making the current streak even more amazing: Ronald Acuna Jr was the only player in Sunday’s lineup hitting above .300. The defending World Champs certainly seem to be getting their swag back.

Meantime, Washington was denied its first sweep since last August after an 8-1 loss to Milwaukee on Sunday. The Nationals totaled 19 runs in the first two games of the series against the Brewers, with Nelson Cruz going a combined 6-for-9 at the plate, scoring three runs and driving in six.

The Nationals have the longest Fall Classic odds on the board at +100000, while the Braves are at +16000 in the World Series odds.

The Braves have certainly got the better of the Nats in recent history, winning seven of the last ten matchups. Neither starter has much experience facing the respective clubs on Monday — so it would figure the hotter team should be the pick in this spot.

Gray has been impressive of late — but Anderson owns a 4-2 mark and 3.60 ERA on the road this season and was brilliant in his only career start at Nationals Park in 2020. The then-22-year-old went seven scoreless innings, allowing only one hit and three walks while striking out nine in a 2-1 win. Those factors are enough for me to go with Anderson and Co. again.