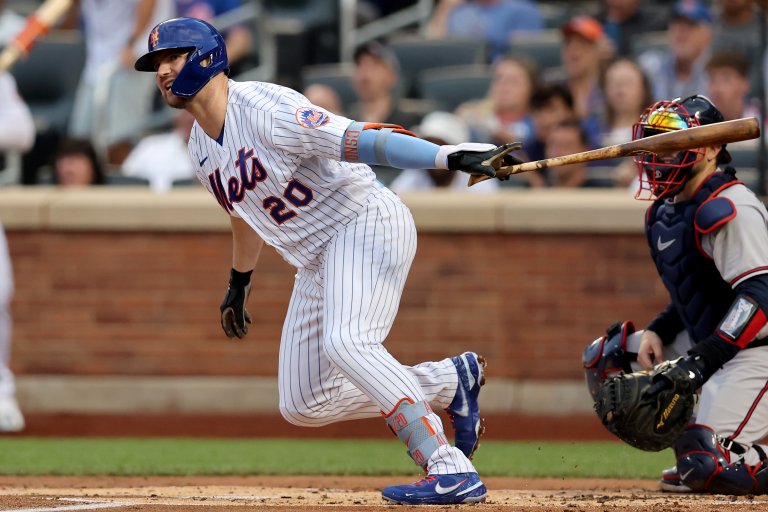 The Braves vs Mets odds favor New York as -125 moneyline favorites on Friday, August 5, at 7:10pm ET
Atlanta will give the ball to Ian Anderson (9-6, 4.99 ERA), while New York will counter with Taijuan Walker (9-2, 2.79 ERA)
Read below for the Braves vs Mets odds, analysis and betting prediction

The Atlanta Braves (63-43, 26-21 away) have owned the NL East for the last four years. This season however, the tide has turned. The New York Mets (67-38, 32-17 home) enter Friday with a 4.5-game lead over the defending champs as the two continue their rare five-game series.

New York was victorious in the opener, and oddsmakers are expecting a repeat performance in game two.

Odds as of August 4th at Barstool Sportsbook.

The Mets are currently -125 moneyline favorites, in a game with a total of 8.5. First pitch is scheduled for 7:10 pm ET at Citi Field in Queens, New York, with cloudy skies and 85-degree game-time temperatures in the forecast.

New York, a top-three contender in the World Series odds, will give the ball to Taijuan Walker. The 29-year-old is in the midst of the best season of his career, and has given up three runs or less in all but two of his 18 starts.

If there’s a reason for concern it’s that he’s battled control problems in back-to-back starts despite posting wins. He allowed seven hits to both the Yankees and Marlins over his last two outings, coughing up three home runs.

On the plus side, he’s been sensational at home this season and has a great track record against Atlanta. Walker is 3-0 with a 1.99 ERA at Citi Field this season, while he’s held Braves hitters to a .215 batting average and a .299 slugging percentage over 51 at-bats.

The Braves will counter with Ian Anderson, who’s on pace for the highest win total of his career, but also the worst ERA, WHIP, K/BB and opponent batting average.

The 24-year-old has been a model of inconsistency this season, looking both exceptional and awful depending on which day you catch him. Last time out, he threw 6 innings of shutout ball versus Arizona, surrendering only one hit while striking out nine.

The start prior however, he coughed up eight hits and seven runs to the LA Angels over just 3 innings. He’s allowed four or more runs six times in his past 12 outings, but has yielded two runs or less in the other six starts.

Atlanta and Anderson will have their hands full on Friday with a Mets lineup that is on fire. New York has won nine of 10 overall, averaging six runs per game. They’ve got a slash line of .321/.382/.536 over the past week, while NL MVP odds contender Pete Alonso is hitting .375 over the past 15 days with five home runs.

Pete Alonso’s over the 90-RBI mark!

The Mets are a top-five scoring team in MLB, as are the Braves. Atlanta’s bats have been nearly as hot, producing 26 runs over their past five games. The Braves are an MLB-best 40-15 since June 1st and rank second behind the Yankees in home runs.

With the amount of offense these two clubs have produced lately over 8.5 runs is sure to be a popular bet on Friday. However, don’t count out the under.

The Mets staff has been sensational all season, while Walker is a different pitcher at Citi Field. Entering Friday, New York had allowed just three runs per game over their past eight contests, while holding enemy hitters to a .147 batting average.

Not to be outdone, coming into this weekend’s series Braves starters had yielded just 16 hits and three runs total in their last 33 innings of work with 40 strikeouts. Anderson was fantastic in his lone start against New York this season, while his last outing showcased just how high a ceiling he has.