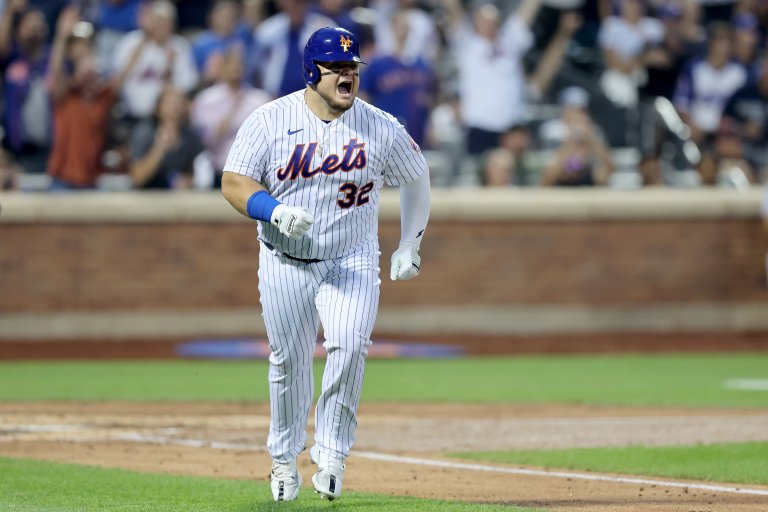 The Atlanta Braves and New York Mets face off at Citi Field on Saturday, August 6th
The defending World Series champs are firmly entrenched in the top NL Wild Card spot, while the Mets have led the NL East nearly all season
Read below for the Braves vs Mets odds and betting preview

The Atlanta Braves (64-43) face the New York Mets (67-39) on Saturday at Citi Field. The third game of a five-game series (and first of a Saturday doubleheader) has a scheduled first pitch of 1:10pm ET. The Braves will send Max Fried to the mound, while the Mets counter with Max Scherzer.

The Mets are home favorites in this spot and are also favored to win the NL East with -250 odds. Meantime, Brian Snitker’s club has +185 division odds in the MLB Division odds.

Odds as of August 5th at FanDuel

The Braves turn to their 28-year-old ace in this delicious pitching battle to the “Max.” Atlanta has gone 15-6 in Fried’s turns this season, 16 of which have been quality outings. The lefty has gone at least six innings and allowed three earned runs or less in six of his last seven starts, sporting a 3-1 record and 2.09 ERA over the stretch.

The 2022 All-Star was absolutely splendid in his most recent outing, hurling seven scoreless innings while allowing four hits and two walks while striking out five in a 1-0 victory against Arizona last Sunday.

Meantime, the Amazins have gone 4-2 in Mad Max’s six starts since his return from an oblique injury on July 5th that kept him on the shelf for six weeks. All of the outings have been quality ones. Scherzer owns a 2-1 mark and 1.62 ERA in that timeframe.

Just a reminder of this crazy stat….

The 38-year-old three-time Cy Young Award winner went 6.2 innings in his most recent appearance, allowing six hits, two earned runs and two walks while striking out five in a 7-3 against Washington on Monday.

Atlanta’s two big-hitting stars so far in this five-game divisional showdown have come from the top and bottom of the order. Ronald Acuna Jr has gone a combined 5-for-8 in the first two games, including his ninth long ball of the season on Thursday and his 23rd stolen base on Friday (to go along with four hits). Then, there’s the rookie.

Add it to the Rookie of the Year resume. pic.twitter.com/gRV5TNq4QQ

Along with that throw on Friday, Harris has gone a combined 4-for-7 so far in the series. He launched his 10th homer and ripped off his 12th base of 2022 in Friday’s 9-6 Atlanta win.

As for Buck Showalter’s squad, it has continued to play well in big games. New York blasted four big flies in Thursday’s 6-4 victory, including a trio by newcomers Tyler Naquin (2) and Daniel Vogelback (1).

The Mets are 25-5 when hitting multiple home runs in a game this season. #Mets #LGM

Even though New York was on the wrong side of the game on Friday, the Mets showed fight. After going down 8-0 after two innings, the Amazins made it a competitive game. That ability to battle will serve them well against Fried and Co.

The Mets and Braves both currently have +700 odds to win the Fall Classic in the World Series odds.

Atlanta owns a ridiculous 41-14 record since June 1st and staved off what could’ve been the reigning champs’ first three-game losing streak of the season on Friday.

But the Mets have led a charmed life in 2022 thanks to a talented lineup that got nice infusions at the trade deadline. With Scherzer in one of his usual zones, I like the home team to bounce back and win the opener of Saturday’s twin bill.