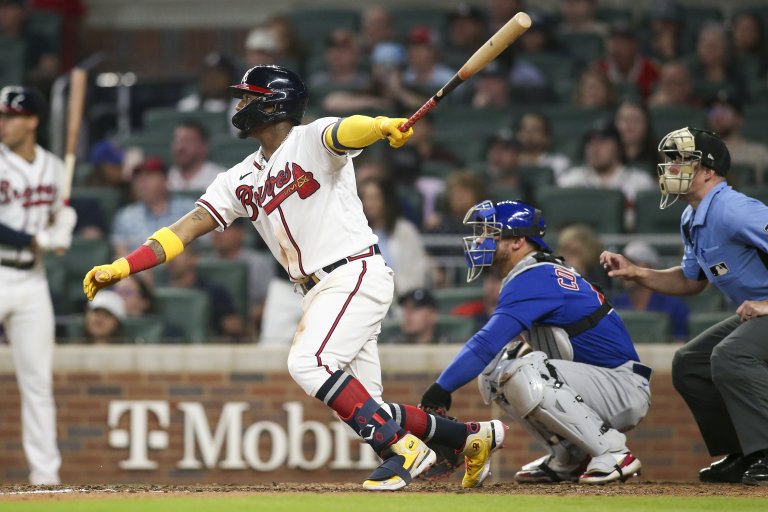 The Atlanta Braves are -175 away favorites over the Chicago Cubs in a National League afternoon game on Friday, June 17
Atlanta is unbeaten in June, going 14-0 straight up and 12-2 against the runline
All of the Braves vs Cubs odds and picks are analyzed in the story below

Atlanta has won 14 games in a row. That’s one shy of tying the longest winning streak by the franchise since 1900.

The Cubbies, on the other hand, are losers of 10 successive games. That’s the club’s longest losing skid since last August, when Chicago dropped 12 in a row.

Any surprise, then, that oddsmakers are going with the Braves as these two teams open a three-game weekend series? Atlanta is the -175 away favorite in the series opener. The Cubs are 1-9 against the runline during their losing skid.

First pitch for this Friday, June 17 game at Wrigley Field is set for 2:20pm ET. Clouds, 8 mph wind and a temperature of 82 degrees are in the weather forecast.

At odds of -175, the Braves are offering an implied probability of victory of 63.64% in the MLB betting line. A successful $10 wager on Atlanta would deliver a payout of $15.70.

Veteran Braves right-hander Charlie Morton, who led the NL with 33 starts last season, will be taking the mound for the 13th time this season on Friday.  He has won his last three decisions and hasn’t suffered a defeat since May 3. He’s 2-3 with a 6.89 ERA in six road starts this season.

Morton faced the Cubs in Atlanta on April 27 and it didn’t go well. He lasted just 2.1 innings, allowing three earned runs and walking four against one strikeout. Morton didn’t factor in the decision as the Cubs beat the Braves 6-3.

Sophomore right-hander Keegan Thompson has proven to be Chicago’s most consistent hurler this season. However, his last two  outings were far from his best performances.

3 straight walks by Keegan Thompson and this game is tied at 1! RBI walk for Carpenter. #RepBX pic.twitter.com/gcJOP6FZ6o

Facing the New York Yankees, Thompson retired just two batters. He surrendered five runs as the Cubs lost 18-4. He’s lost his last two starts, allowing 12 runs, 10 earned in 3.2 innings for a 24.55 ERA. Since moving into the starting rotation on May 11, Thompson is 3-2 with a 6.26 ERA in six starts.

Thompson pitched three innings of relief against the Braves in that April 27 6-3 Cubs win, allowing one earned run. That’s his only previous appearance against Atlanta.

Andrelton Simmons is a Cub I guess pic.twitter.com/XAxnFhLcbW

The Braves previously won 15 in a row in 2000. During their current run, they’ve scored seven or more runs in seven games and hit double digits on four occasions.

14 straight Ws for the @Braves! pic.twitter.com/aNGhEwJVTF

Meanwhile, the Cubs have allowed seven or more runs six times during their 10-game slide. They’ve surrendered double digits in three of their last five games. There was the 18-4 loss to the Yankees and a 19-5 drubbing handed them by the San Diego Padres.

Atlanta has swept the last four series. The Cubs were swept in their last three series.