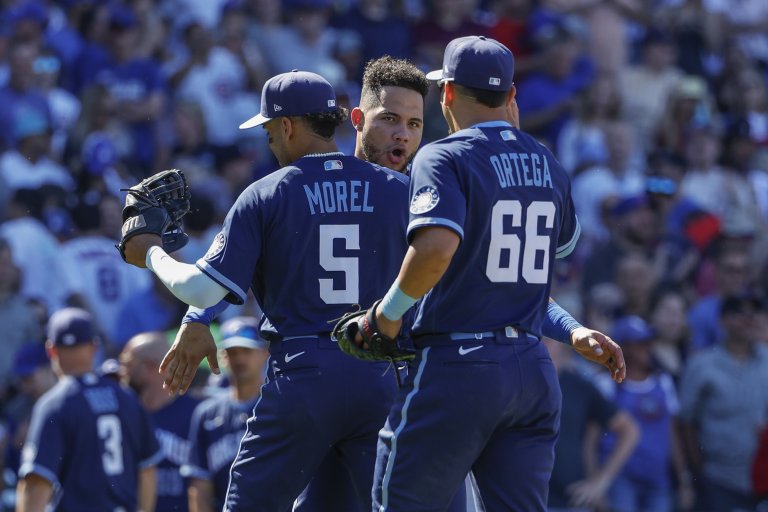 The Atlanta Braves are -170 road favorites over the Chicago Cubs in a National League afternoon game slated for Saturday, June 18
Chicago’s 1-0 victory over Atlanta on Friday ended the Cubs’ 10-game losing skid, as well as the Braves’ 14-game winning streak
All of the Braves vs Cubs odds, picks, predictions and best bets are assessed in the story below

The Braves lost for the first time in June. Oddsmakers aren’t projecting this outcome to be the beginning of a new trend. It’s Atlanta that’s been set as the -170 for Saturday’s game between the two clubs. The Braves haven’t lost back-to-back games straight up since May 30-31.

First pitch for Saturday’s game at Wrigley Field is set for 2:20pm ET. The weather forecast for Chicago is calling for sunny skies, 14 mph wind and a temperature of 66 degrees.

Odds as of June 17th at Caesars Sportsbook

At odds of -170, the Braves are offering an implied probability of victory of 62.96% in the MLB betting line. A successful $10 wager on Atlanta would deliver a payout of $15.90.

Right-hander Kyle Wright is setting career highs across the board this season. He’d only won two games in four big-league seasons prior to this one.

Atlanta’s 2017 first round draft pick is 3-0 with a 2.25 ERA in three June starts. Wright has worked at least six innings in seven of his past nine starts.

On April 28, Wright allowed three hits and one earned run over seven innings, getting the decision in a 5-1 win over the Cubs. The righty is 1-0 with a 2.28 ERA in two starts facing the Cubbies.

At Wrigley Field, Wright’s made one start. He didn’t figure in decision and allowed two earned runs in 4.1 innings for a 4.15 ERA. He’s 4-1 with a 2.23 ERA in 10 career day-game appearances, including eight starts.

Lefty Justin Steele tossed five innings of shutout ball on April 9 and got the win in a 9-0 verdict over the Milwaukee Brewers. He’s made 11 starts since that day and is 0-5 with a 4.78 ERA.

His last two starts have proven to be hard-luck affairs for Steele. He’s hurled successive games of seven innings pitched and one earned run allowed. But he didn’t figure in either decision – a 5-3 loss to the St Louis Cardinals and 4-1 setback against the San Diego Padres.

Steele is 1-3 with a 3.26 ERA in six Wrigley Field starts this season. He’s 1-2 with a 4.71 ERA in five day-game starts. This will be his first career appearance against the Braves.

Dansby Swanson is the only Braves batter who’s faced Steele. He’s 0-for-1.

The Braves and Cubs have alternated victories over their past five meetings. If that MLB betting trend continues, it’s Atlanta’s turn to win.

Among National League clubs, only the Washington Nationals (11) have won fewer home games than Chicago (12). The Cubs have posted consecutive home victories just twice this season.