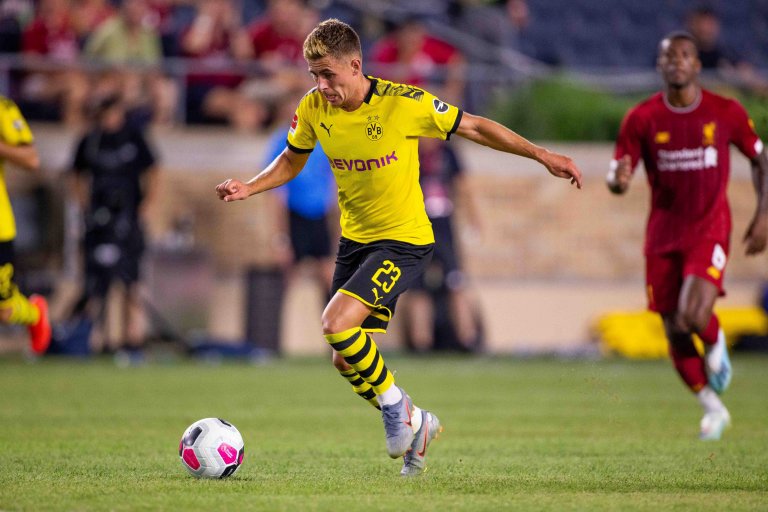 Out of all the footy games on Saturday, keep an eye out for Borussia Dortmund vs Bayer Leverkusen at 12:30 pm ET. Firstly, the Bundesliga knew exactly what they were doing with this opening weekend match. These sides have met on the first day five different times before this, and each has been equally enthralling.

In fact, these sides finished respectively in second and third place in the Bundesliga last season, just five points apart. Aside from Bayern Munich, they also have the two most high-powered attacks. Therefore, putting them together on opening day is like shaking up a bottle of Mentos and Diet Coke.

Their head-to-head fixtures from last season do all the talking. Each game featured seven goals, with the traveling team snatching the victory.

Overall, the moneyline for this match is in favor of Borussia Dortmund with even odds of +100. This is great value for a BVB side that has won their opening day match for seven years running. Coincidentally, their only two losses on Matchday 1 in the past 14 years, were both at the hands of Leverkusen.

Dortmund also starts the year with the third best Bundesliga odds at +1000.

Undoubtedly, bundles of goals are to be expected in this match. Even though Dortmund no longer can rest of the shoulders of Haaland, they now can look at youngster Karim Adeyemi for production. He scored 19 goals in the Austrian Bundesliga last season and was a hot commodity in the transfer market before Dortmund bought in for $33 million.

Historically, you have to go all the way back until 2017 to find a head-to-head match where these two stayed under the 2.5 total goal threshold. In fact, in those nine matches, the average total goal tally was 5.22. With that being said, the over on 3.5 total goals at -105 is a decent value play.

Furthermore, I love the odds for Patrick Schick to score anytime at +140. I know this is not the most reliable anytime goal-scorer prop, but Schick played like a man possessed last season, scoring 24 goals in just 24 starts for Die Werkself. I favor him to bag at least one goal against a very leaky Dortmund defense.

A New Mold for Edin Terzic

Regardless, I do want to analyze Borussia Dortmund for just a moment. Haaland leaving was not their only major departure in the summer. Now former manager, Marco Rose, also left the club after just a one year stint. The reigns are in the hands of Edin Terzic, who has had various sporting roles at the club since 2018.

I really admire this move from Dortmund for several reasons. To start, Terzic knows the club and its personal inside and out. Secondly, the fact he won the DFB-Pokal by himself, after succeeding Lucien Favre as temporary manager, shows he also has the tactical ability.

“It’s going to be a special day. On Saturday it finally starts again in front of a full house. It’s a very special atmosphere that this stadium can create. That’s what makes this club what it is.” pic.twitter.com/DbefT1cofJ

But, with Haaland out of the picture, Terzic gets to paint a footballing picture with a canvas already lined with youth talent. Their 3-0 win in the first round of the DFB-Pokal says it all. Three goals, from Donyell Malen, Jude Bellingham and Karim Adeyemi.

As a final point, Leverkusen got knocked out of the DFB-Pokal in the first round by Elversberg. To me, this says they are not quite ready for the season to start.

Finally, the best bet for this match is a same-game parlay on the Dortmund moneyline and the over on 2.5 total goals. If you’re looking to make more Bundesliga futures bets, be sure to check out the title and top four odds for each team here.