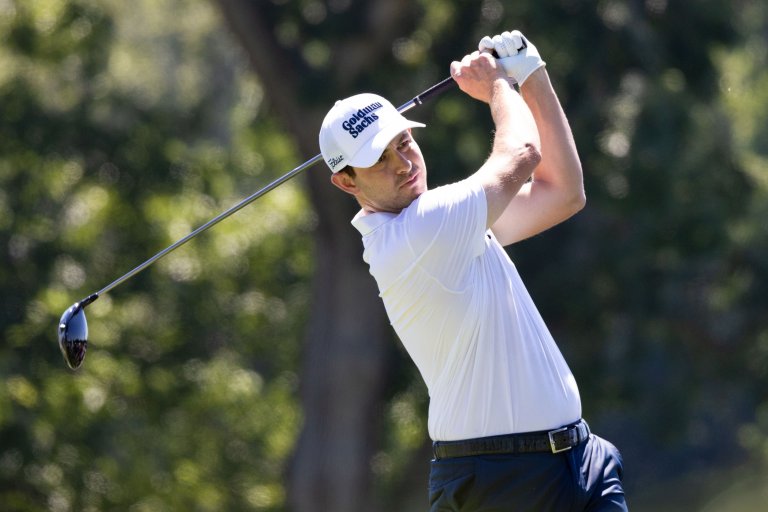 Patrick Cantlay leads Xander Schauffele and Scott Stallings by one shot at the BMW Championship after round three
13 players are within five shots on a star-studded leaderboard
See the updated 2022 BMW Championship odds, plus predictions for Sunday’s final round below

Defending champion Patrick Cantlay is out for blood yet again, firing a blistering 6-under, 65 on moving day to grab a one-stroke lead over Xander Schauffele and Scott Stallings. Major winners Scottie Scheffler, Adam Scott and Collin Morikawa are squarely in the mix, in what promises to be a hotly contested final round. Of note, Cantlay’s BMW Championship triumph last year occurred at a different golf course.

Before the week began, Cantlay was tied for the second shortest odds to secure his second straight BMW Championship title. That victory aided him in his eventual FedEx Cup title, as he went on to win the Tour Championship to win the season-long points race. The winner tomorrow will be very much in the thick of things in their quest for the FedEx Cup and the $18 million that goes along with it.

Odds as of August 20th at DraftKings Sportsbook

Top Of The Board

Patrick Cantlay hasn’t exactly had a bad season by any stretch, as he did win one title at the Zurich Classic team event along with Xander Schauffele. However, a player of his skill level has to be very disappointed he hasn’t claimed an individual title, picking up three runner-ups on the campaign.

WHAT A SHOT❗️@Patrick_Cantlay holes out from 105 yards to take the solo lead at -12. pic.twitter.com/U1N4j1P63N

Aided by his hole-out eagle on 14 Saturday, he jumped ahead of the pack. For the week, he’s first in strokes gained: tee-to-green, second approaching the green and 30th in putting. That putter could rear its ugly head come Sunday, as he missed a few short ones, despite his great round.

Patrick Cantlay: 2nd player all season on the @PGATOUR to shoot 65 or lower despite missing 3 putts inside 5 feet

Scott Brown shot 64 doing that earlier this season at the 3M Open.

Schauffele is better than Cantlay in final rounds (fifth in scoring average, compared to 35th for Cantlay), and he’s first in SG: approaching the green. The X-Man is also third tee-to-green through 54 holes. Schauffele also has two recent back-to-back wins under his belt at the Travelers Championship and Scottish Open, making him the more attractive option at +360.

Collin Morikawa (+1400): We were high on Collin Morikawa pre-tournament at +2000 because he’d had a pair of top-5’s in his previous four starts. He begins the final round just three back after shooting the same round of 65 as Cantlay. He’s fourth in greens in regulation and sixth in putts per GIR this week. Morikawa is a proven closer as he’s shot in the 60’s in all four of his stroke play PGA Tour titles. He’s also tops on the season in final round scoring average.
Rory McIlroy (+3500): In seven of his last nine Sundays, Rory McIlroy has posted a score in the 60’s. He is five adrift, which won’t be easy to make up ground, but the Ulsterman is seventh in final round scoring. He also has FedEx Cup Playoff pedigree, having snagged five postseason titles in his career, along with two FedEx Cups (2016, 2019). He’s first in SG: off-the-tee and second tee-to-green through 54 holes.