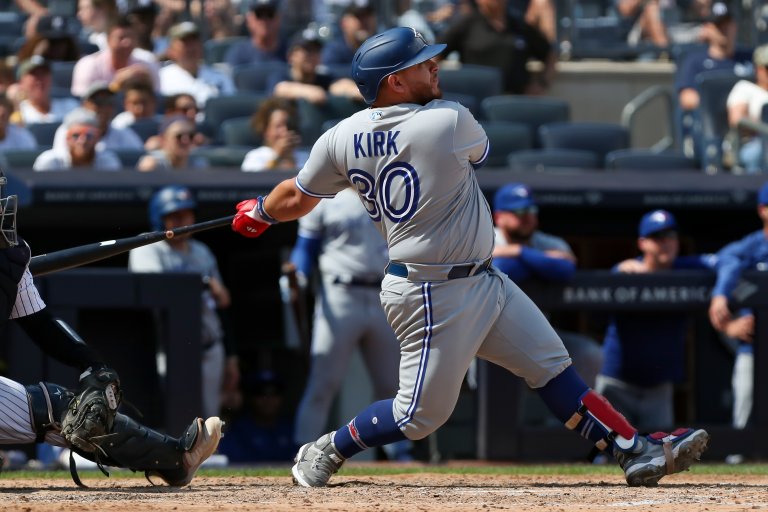 The Yankees are -115 home favorites over the Blue Jays on Sunday
Alek Manoah (12-6, 2.71) will start for Toronto against lefty Nestor Cortes (9-4, 2.74)
A look at the matchup and Blue Jays vs Yankees odds can be found below with a pick

The second-place Toronto Blue Jays will look to a sweep a four-game road series from the American League East-leading New York Yankees at 1:35 p.m. ET Sunday at Yankee Stadium.

The Yankees lead the division by seven games over the Blue Jays, who entered Saturday holding the second AL wild card.

Odds as of August 20th at BetMGM

The weather forecast calls for a fine day at Yankee Stadium with mostly sunny skies, a high temperature of 79 degrees and southeast wind from 5-13 mph.

Manoah has struggled recently, going 1-2 with a 5.32 ERA in his last four starts.

He lost to the Baltimore Orioles on Tuesday, giving up four runs on four hits and four walks in 5.2 innings with seven strikeouts.

In three August starts, Cortes is 0-1 with a 3.93 ERA, including losing to the Tampa Bay Rays on Tuesday at home. In seven innings, he gave up three hits on four runs while striking out three and walking none.

Cortes is 1-2 in his career against the Blue Jays with a 4.15 ERA in nine games (three starts).

The Blue Jays’ Bo Bichette is 4 for 8 with a double and home run off Cortes but Lourdes Gurriel Jr. is 1 for 8 with five strikeouts. Manoah has handled Aaron Judge as the Yankees slugger is just 1 for 14 (.071) against the big right-hander, though the hit is a home run.

Alejandro Kirk and Jackie Bradley Jr. had two RBIs each to lead the Blue Jays over the Yankees on Saturday.

Blue Jays center fielder George Springer is hopeful of playing Sunday after missing two games with knee soreness. Right fielder Teoscar Hernandez is questionable with a bruised left foot sustained in Saturday’s game when he fouled a pitch off it.

The Yankees got two hits each from Judge and Jose Trevino. Gleyber Torres belted a home run.

Yankees third baseman Josh Donaldson missed the game with a stomach bug and is questionable for Sunday.

The Yankees hold a slight 8-7 lead in the season series, but the Blue Jays have won five of nine in New York.

The Yankees are in a freefall, but Cortes is tough at Yankee Stadium despite the short porch in right field. Manoah is in a bit of a rut, so we’ll go with New York to get back on the winning track.