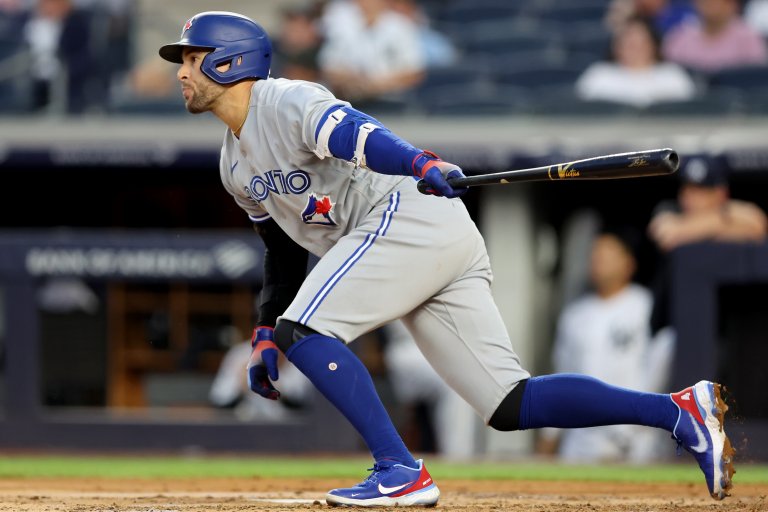 The Toronto Blue Jays and New York Yankees face off at Yankee Stadium on Friday, August 19th
Toronto is hanging on to the third and final AL Wild Card spot, while the Pinstripes have one of the worst records in baseball since July 9th
Read below for the Blue Jays vs Yankees odds and betting preview

The Toronto Blue Jays (63-54) face the New York Yankees (73-46) on Friday at Yankee Stadium in the second game of a four-game set between division rivals that has a scheduled first pitch of 7:05 pm ET. John Schneider’s club will send Kevin Gausman to the mound, while Aaron Boone’s group counters with Jameson Taillon.

The Yankees are favorites in this one and heavy -10000 favorites to win the AL East. Meantime, Toronto has +2800 AL East odds in the MLB Division odds.

Odds as of August 18th at FanDuel Sportsbook.

The 31-year-old Gausman — who signed a five-year, $110 million free agent deal with Toronto in the offseason — has had an up-and-down campaign in his first year north of the border. The Jays have only managed an 11-11 record in the former All-Star’s outings despite Gausman leading the big leagues in FIP at 2.07 and the American League with a 6.76 K/BB ratio. The control artist didn’t allow a walk until his sixth turn on May 7th — 35.1 innings into the season.

Only ONE has resulted in a barreled ball.

He’s been somewhat inconsistent since the All-Star break, turning in only two quality starts among five outings.

Meantime, New York has gone 17-6 in Taillon’s starts in 2022 — eight of which have been of quality vintage. The 30-year-old has spun consecutive seven-inning performances. But his most recent turn — last Sunday against the Red Sox — saw him allow six hits, three earned runs and no walks while striking out four in an eventual 3-0 defeat.

From @EliasSports: Over Jameson Taillon’s 22 starts this season, Aaron Judge is batting .371 (33 for 89) with 15 HR, 30 RBI. No other MLB has hit more than 10 HR in any one pitcher’s starts this year and the 30 RBI are also the most by any batter for a particular pitcher.

That number is now .355 for Judge, but that overall stat holds up. With Taillon on the bump, Judge simply crushes the ball.

The Blue Jays took the first game of this pivotal divisional showdown on Thursday, winning 9-2. George Springer — who was activated from the injured list earlier this week after dealing with a sore right elbow — had a perfect night at the plate against the Bombers, including a double.

A 5️⃣-for-5️⃣ night for George Springer 🤩

Toronto needs all the reinforcements it can get after the preseason AL East favorites have slogged its way through the post-break slate. Prior to the series-opening victory, the Jays had stumbled to a 3-7 mark over the last 10 games. The biggest issue has been the bats, with the nine runs on Thursday being the largest offensive display in two weeks.

But as bad as it’s been for Schneider’s group, it’s been even worse for Boone’s group. The Yankees are just 4-12 in the month of August and an abysmal 9-18 since the All-Star break. Even Aaron Judge is starting to show signs of mortality. Once the presumptive AL MVP winner, Judge is a paltry 2-for-21 (.095) over the last six games.

Apparently Aaron Judge is supposed to go 3/5 with 6 home runs every game 😂😂 pic.twitter.com/3Gh65tMiOC

Even with the struggles, the Pinstripes still have +400 odds to win the Fall Classic, while the Blue Jays have +1700 in the World Series odds.

Gausman’s uncanny command should be the difference in this one. As Judge goes, so goes New York’s offense. And it’s been bad lately.

Giancarlo Stanton (Achilles) — one of several key players injured on New York’s roster — worked out before Thursday’s game and could begin a rehab assignment on Friday. But he won’t be in the big league lineup. That means I’m on Toronto’s side.