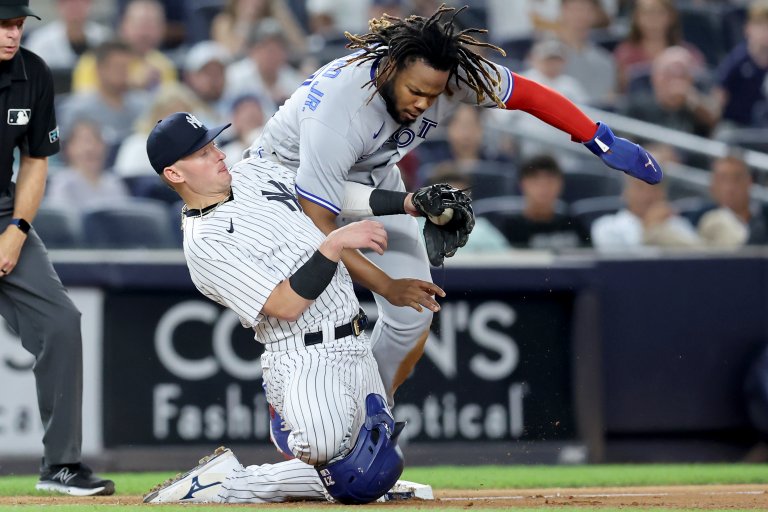 The New York Yankees are -190 home favorites over the Toronto Blue Jays in an American League afternoon game scheduled for Saturday, August 20
Toronto is 8-4 straight up in the last 12 games played at Yankee Stadium
Four of the past seven Yankees-Blue Jays games had produced a total of 11 or more runs

Entering the MLB season, the prognosis was that the Toronto Blue Jays (64-54, 28-29 away) would be right there fighting with the New York Yankees (73-47, 42-19 home) for the American League East Division crown.

Instead, the Yankees are among two AL teams with 70+ wins and the Blue Jays are on their second manager of the season.

Head to head, the Yankees are also the team in control. In the first 14 games against Toronto, New York is showing an 8-6 straight up advantage.

Oddsmakers are anticipating that the Yankees will be adding to that number on Friday. They’re the -190 home favorites over the Blue Jays. Toronto is 12-4 against the run line as a road underdog this season.

First pitch at Yankee Stadium is set for 1:05pm ET on Saturday, August 20. Partly cloudy skies with 11 mph wind and a temperature of 88 degrees are in the weather forecast.

In the MLB Division odds, the betting line is displaying the Yankees as the -240 chalk to win the AL East. Toronto is the second betting choice at +285 in the division. The MLB pennant odds show New York at +180 and the Blue Jays at +550. In the World Series odds, the Yankees are +425 and Toronto is +1600.

Since being acquired by the Blue Jays from the Los Angeles Dodgers on Aug. 2, right-hander White is 0-1 with a 3.86 ERA in two starts. He’s struck out five and walked four through 9.1 innings. He was recalled from Triple-A on Aug. 6.

White hasn’t made it through the fifth inning in either start. He’s 0-2 on the road this season and his teams are 2-6 when he pitches for them in away games.

White has never faced the Yankees during his MLB career. He’s lost his last three decisions and is winless since May 17.

Veteran Yankees right-hander Gerrit Cole is leading the AL in starts (24) and strikeouts (184). However, the rest of his numbers are off his usual pace, explaining why the AL All-Star is fading to seventh (+10500) in the Cy Young odds.

The movement on this Gerrit Cole fastball is sorcery. pic.twitter.com/SGgPj2eDYc

He’s won just once over his past six starts at Yankee Stadium. Cole has gone at least six innings over each of his past 12 starts.

Cole got the start April 13 at Yankee Stadium against Toronto. He allowed four hits and surrendered three earned runs over 5.2 innings. New York lost 6-5 but Cole didn’t figure in the decision. Over his career, he’s faced the Blue Jays 10 times and is 5-1  with a 3.47 ERA.

Only two Yankees have previously faced White. One of them, Isiah Kiner-Falefa, is 1-for-2 (.500).

Cole isn’t showing much good fortune lately, but he’s long had the Blue Jays’ number. He’s 4-1 against Toronto for the Yankees.

The Blue Jays were 46-42 when skipper Charlie Montoyo was dismissed. After a 9-2 start under new manager John Schneider, Toronto is 9-10 since. However, the Jays are now 3-0 SU in the last three against the Yankees.