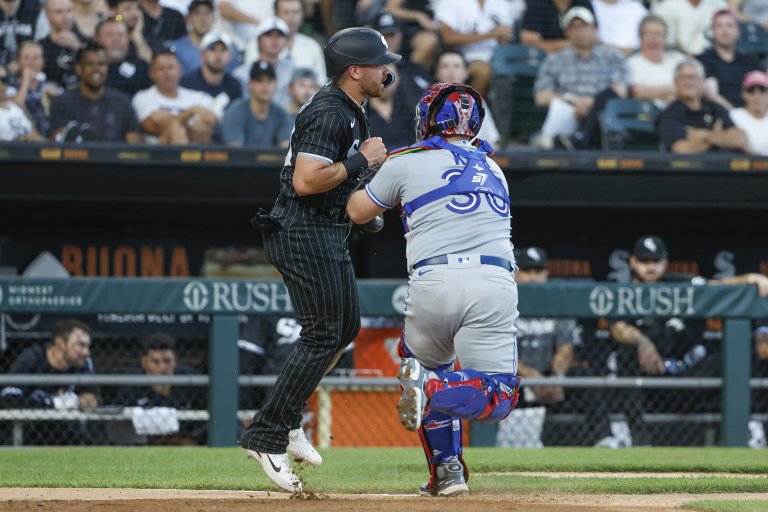 The Toronto Blue Jays and Chicago White Sox face off at Guaranteed Rate Field on Wednesday, June 22nd
Charlie Montoyo’s club has one of the best records in the American League, while Tony La Russa’s group is back in the AL Central mix
Read below for the Blue Jays vs White Sox odds and betting preview

The Toronto Blue Jays (38-30) face the Chicago White Sox (33-33) on Wednesday at Guaranteed Rate Field. The series finale has a scheduled first pitch of 2:10 pm ET. The Jays will send Ross Stripling to the mound, while the Pale Hose counter with Lucas Giolito.

The road team is a slight favorite in this one and have +850 odds to win the AL East.

Meantime, the South Siders have +125 odds to win the AL Central. Both teams were projected to win 91.5 games in the MLB win totals at the start of the season.

The Jays have gone 10-6 in the 32-year-old Stripling’s appearances this season and 4-4 in his starts. The 2018 All-Star only has one quality start this season — but it was a dandy. Stripling tossed six scoreless innings of one-hit ball, issuing no walks and striking out four in an eventual 6-0 victory against the Tigers in Detroit.

He was beat up a little bit by the Yankees in his last start on Friday, going 3.2 innings and allowing five hits, two earned runs and two walks while striking out three in a 12-3 defeat.

Meantime, the 27-year-old Giolito has fallen well short of expectations so far in 2022. The former 1st round pick — who has finished in the top-11 of AL Cy Young Award voting three straight seasons — has failed to pitch past the sixth inning in all but one of his 11 outings this season. The Pale Hose have only gone 4-7 in those turns and there’s but four quality starts among them.

He was crushed in his last turn, going five innings and allowing seven hits, eight earned runs and three walks while striking out three in a 13-3 loss to the Astros last Friday.

Toronto enters the series finale scuffling a bit, having lost six of its last eight. Outfield Teoscar Hernandez has been the team’s best hitter over the last seven games, slashing .304/.333/.783 and clubbing three homers while driving in eight runs. Vladimir Guerrero Jr is enjoying another stellar season — batting .265 with 17 long balls and 42 RBI. Then, there’s the feel-good story of Alejandro Kirk. Pablo “Kung Fu Panda” Sandoval’s heir apparent from a stature standpoint leads AL catchers in All-Star Game balloting, is hitting .304 and smacked a momentum-shifting blast on Tuesday.

Meantime, Andrew Vaughn came back to Earth on Tuesday, going 1-for-5 with a pair of strikeouts in a 7-6 Chicago victory. But the one-time top prospect showed flashes of his brilliance on Monday in the series opener against the Jays, boing 4-for-4 with a solo shot — becoming the only American League player to have four hits in a game three times this season..

The White Sox currently have +2200 odds to win the Fall Classic, while the Blue Jays are at +1100 in the World Series odds.

While Stripling’s stats are far from jaw-dropping, he’s been Toronto’s unsung hero in many ways. Giolito is more talented — but Stripling has performed better this year.

Yes, the Pale Hose may be the hotter team. But I like the Jays to win on Wednesday and salvage the series.