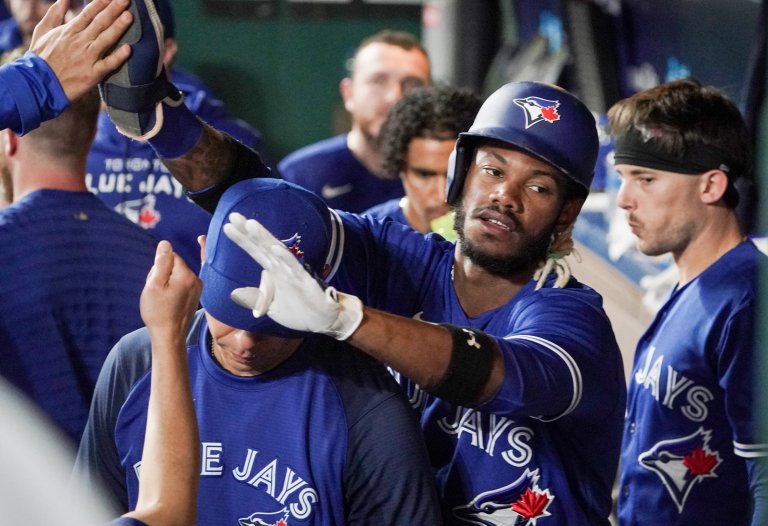 After taking two of three from the Royals in KC, the Blue Jays continue their road trip by visiting another AL Central foe. They’ll begin a three-game set in Detroit on Friday, looking for their 12th win in their last 16 games.

Oddsmakers are certainly bullish on their chances of knocking off the home town Tigers, as Toronto is a heavy favorite in the series opener.

The Blue Jays opened up as -190 moneyline favorites in a contest that features a total of 8.5. First pitch is scheduled for 7:10 pm ET at Comerica Park in Detroit, MI with clear skies and 72 degree game-time temperatures in the forecast.

Toronto, who enters play as a top-five contender in the World Series odds, will give the ball to Jose Berrios. The 28-year-old was expected to be one of the team’s top-two starters this season, but things don’t always go as planned.

Berrios is on pace to record the highest ERA and WHIP of his career, as well as his lowest WAR. He’s coughed up five or more runs in three of his past six starts, and has surrendered at least one homer in three straight outings.

José Berríos has a new career high with 13 strikeouts.

This is as good as he’s looked all season. A great turnaround after some worrying ones lately.

There is reason for optimism however. Berrios is coming off a 13 K performance against the Twins and has a great track record versus Detroit. He’s 5-2 all-time versus the Tigers, holding current roster players to a .132 average and .161 slugging percentage over 68 career at-bats.

Detroit will counter with rookie Elvin Rodriguez, who’s off to a tough start to his big league career. The 24-year-old has been hit hard in three of four appearances, and was lit up last time out versus the Yankees.

Hinch gave him a little encouragement before he left the field. Dude took one for the team tonight

Rodriguez surrendered 11 hits, 10 runs and four homers over 4.1 innings of work. That brings his yearly totals to 20 hits, 18 runs and six dingers allowed in just 16 innings this season.

Things won’t get any easier on Friday, as Toronto’s lineup is tearing the cover off the ball at the moment.

The Blue Jays have scored six or more runs in 11 of their past 14 games. They crossed the plate 19 times in three contests earlier this week versus the Royals, and are batting .301 with a .552 slugging percentage and .930 OPS over the past two weeks.

AL MVP odds contender Vladimir Guerrero and to a lesser extent George Springer steal all the headlines, but this lineup is loaded from top to bottom. Six regulars are slugging above .435, with four of those players posting an OPS north of .795.

Detroit meanwhile, has won back-to-back games but its offense continues to be the worst in baseball. They’ve scored an MLB low 158 runs, while posting the fifth worst run differential in baseball.

They rank last in home runs, and bottom-three in batting average, OBP, slugging and OPS.

Despite the on paper advantage, betting Toronto at -190 on the moneyline is not something I’m interested in. I wouldn’t fault anyone for rolling with them laying -1.5, as eight of their past 13 victories have been by two or more runs.

However, I’m looking to pick on Rodriguez specifically. The rookie doesn’t appear to be ready for the big leagues, while the Blue Jays bats are on fire. They’ve been piling up runs over the past few weeks and getting them at plus-money to score six times is too good to pass up.