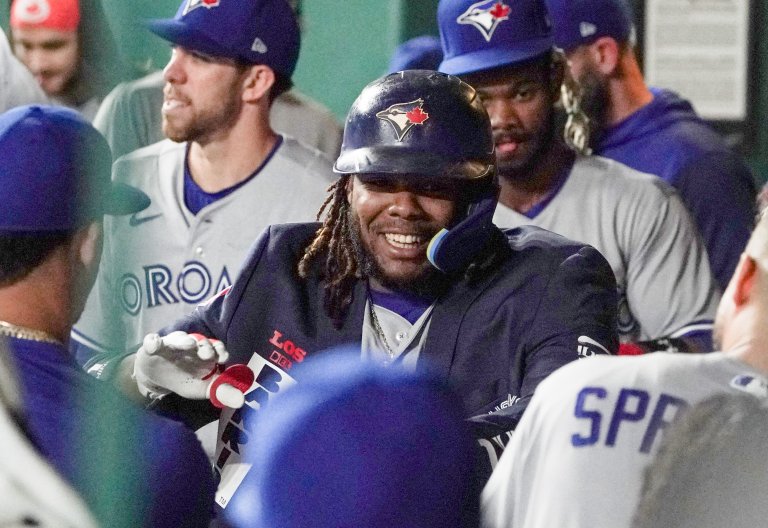 The red-hot Toronto Blue Jays will have the brooms out on Wednesday as they look to complete the three-game sweep of the Kansas City Royals. Toronto has taken the first two games of the series in convincing fashion, and oddsmakers expect another victory for Canada’s team in the finale.

The Blue Jays opened up as -150 moneyline favorites, in a contest that features a total of 9. First pitch is scheduled for 2:10 pm ET at Kauffman Stadium in Kansas City, MO with clouds and 76 degree temperatures in the forecast.

Toronto, who enters play as a top-five contender in the World Series odds, will give the ball to Yusei Kikuchi. The left-hander is coming off two of his worst starts of the season, surrendering 16 hits and six runs combined to the Twins and Angels over his past two appearances.

His 3.31 SIERA is the same as Luis Severino and Zac Gallen’s.

Bad games are gonna happen but he’s been very good.

Last time out, he coughed up three homers to Minnesota, and he has a suspect history against the Royals. He allowed 12 hits and seven runs in 8 innings last season versus KC, and has yielded a .333 average and .829 OPS in 47 at-bats to members of this year’s Royals squad.

If there’s a silver lining, it’s that KC’s lineup has been abysmal all season which we’ll discuss later. Also working in his favor is the fact that the two teams that hit him hard were both above average lineups, and prior to those two outings he’d allowed two runs or less in four consecutive starts.

KC will counter with Brady Singer, who’s come crashing back down to earth. After four consecutive scoreless outings, Singer has surrendered 14 hits and 10 runs over his past two outings. Last time out, he coughed up seven runs and three homers to the Astros in a 10-3 defeat.

Singer has little history versus this Toronto lineup, but the way the Blue Jays are swinging the bats, it could be another long day for the 25-year-old.

Entering play on Tuesday, Toronto had scored six or more runs in seven of their previous nine games. They crossed the plate eight times in the series opener, which followed a six run performance from the previous day.

Smiling at the bench before you score >>>

No lineup has been better than the Blue Jays over the past week, as they’re batting .302 during that stretch with a .600 slugging percentage and .987 OPS. For reference, those numbers are 172 points and 226 points higher respectively than the Dodgers’ season long marks, who lead MLB in both of those categories.

After a quiet May, Vladimir Guerrero Jr. has caught fire and is starting to justify his short price in the AL MVP odds. Vladdy is batting .292 through six games in June, with four homers and a 1.204 OPS.

KC, meanwhile, has hit rock bottom at the dish. They’ve been shut out three times in the past six games, and have scored three or fewer runs in seven of their last nine contests.

They rank bottom five in runs per game, and bottom-three in slugging and OPS, while five regulars are batting below .225.

Since May 18th the Royals and their abysmal lineup are 3-15. During that stretch, they have an average margin of defeat of 4.2, with 14 of those losses coming by two runs or more.

Toronto meanwhile, is 11-2 since May 23rd with an average margin of victory of 4.5 runs. They’re 12-3 versus KC in their last 15 meetings with each victory coming by at least two runs.