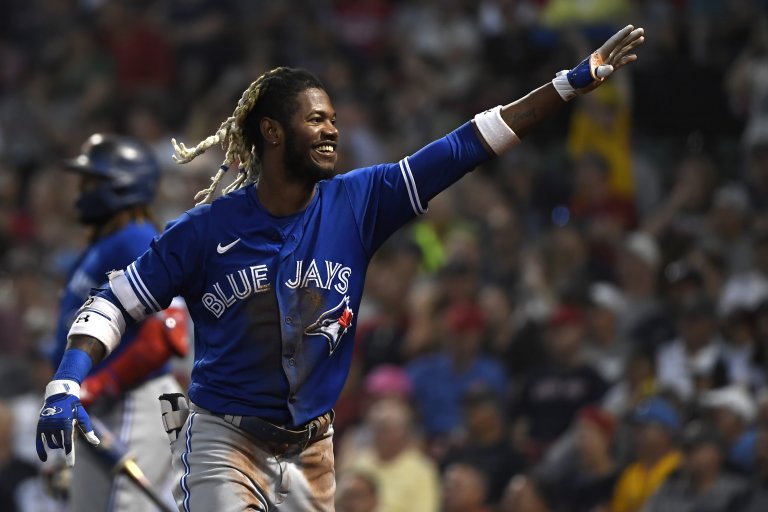 A pair of clubs in the thick of the AL Wild Card race continue their three-game weekend set on Saturday, as Boston hosts Toronto. The Blue Jays and Red Sox are each within striking distance of the final two playoff spots, but will need a stronger second half than their opening one if they want to be playing October baseball.

The visitors were favored in the series opener on Friday and they didn’t disappoint (more on that below). Oddsmakers have elected to stick with them as road chalk for Saturday’s matinee.

Odds as of July 22nd at Barstool Sportsbook.

Toronto opened up as a -130 moneyline favorite, in a game with a total of 9. First pitch is scheduled for 4:10pm ET at Fenway Park in Boston, Mass, with sunshine and 96-degree game-time temperatures in the forecast.

The Blue Jays, one of the top preseason contenders in the World Series odds, have seen their championship price tag fall to +1500. They’ll give the ball to Alek Manoah, who’s fresh off a perfect inning of work at the All-Star Game, striking out all three batters he faced.

The 24-year-old has been a revelation in his second season in Toronto, ranking top-10 in wins, ERA and WHIP. He’s yielded two or fewer earned runs in 16 of his 19 starts, including both of his outings versus Boston.

The Red Sox, who have seen their MLB divisional odds crater all the way to +8000, will turn to Kutter Crawford. The 26-year-old has split his time between the bullpen and the starting rotation, but has looked impressive in spot start duty.

He’s yielded three runs or less in four of his five starts, and is fresh off holding the Yankees and Rays to four runs total over 16 innings of work in his last two outings.

Kutter Crawford just threw six shutout innings at Tropicana Field. That’s a career-high in innings. He has been tremendous the last three times he’s been on the mound.

Crawford has never faced the Blue Jays in his young career, but it is worth noting he’s fared worse at home than on the road this season. He owns an ERA north of 5.00 at Fenway Park, compared to a 3.93 ERA as a visitor.

Entering this weekend, these two divisional rivals have met 10 times so far this season with Toronto winning seven of the matchups. After losing nine of 10 games in early July, the Blue Jays closed the first half winning five of six.

Considering Toronto was supposed to be a serious contender in the AL East, their 50-43 record has to be considered a disappointment. Still, there’s no denying the plethora of talent on this team. Their lineup is loaded from top to bottom, and even though they’ve underachieved they still rank top-eight in scoring and top-four in slugging and OPS.

It all came together in the opener, as the Jays mashed the Red Sox 28-5, setting a franchise record for most runs in a game, surpassing a mark of 24 that held steady since 1978. The Jays also recorded their second-ever inside-the-park grand slam home run, courtesy of Raimel Tapia. Lourdes Gurriel Jr tied a franchise mark with six hits in a game.

Vladimir Guerrero Jr, a one-time top contender in the AL MVP odds is back to his old tricks, hitting .462 over the past week. He had a pair of hits and RBI’s Friday.

Boston, meanwhile, definitely benefitted from the timing of the All-Star break. The Red Sox dropped six of their past seven outings before the hiatus, and are a dismal 4-10 in their last 14 games. They were completely embarrassed by the Bronx Bombers last weekend, dropping back-to-back games by a total of 27-3.

Over the past three games, the Red Sox have a batting average of .175 and an OBP of .198. Stretching the sample size out to two weeks doesn’t improve their outlook all that much. They boast a slash line of just .228/272/.390 during that stretch, and a date with Manoah is the recipe for their struggles to continue.

Toronto’s bats were hot prior to the break averaging five runs per outing over their final six games. They should be able to find success against Crawford on Saturday despite his above average form. Look for them to continue their season-long dominance over Boston.