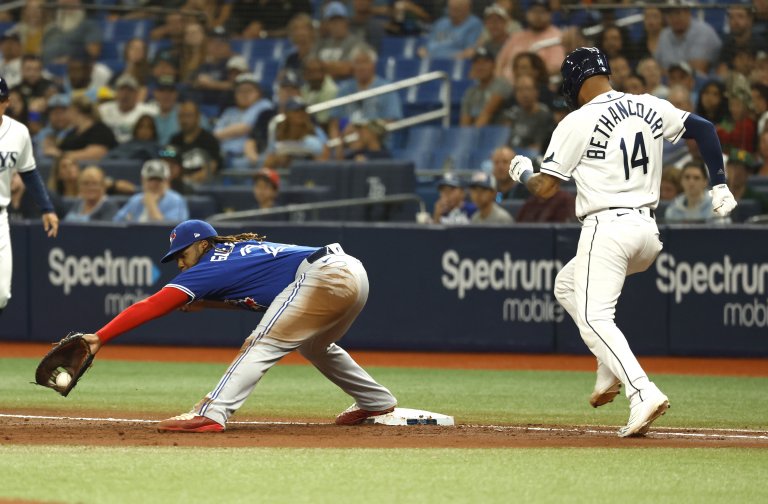 The Blue Jays and Rays wrap up a two-game set on Wednesday
Toronto is slightly above Tampa in the AL East right now
The Blue Jays vs Rays odds, preview, and betting prediction can be found below

The Blue Jays go with Yusei Kikuchi here, while the Rays have yet to decide who will start on the mound for them in the series finale.

Odds as of August 2nd at Barstool Sportsbook.

Kikuchi has struggled immensely for the Jays this season, going 4-5 with a dismal 4.89 ERA in 17 starts. The lefty is certainly failing to live up to expectations, but he is coming off a pretty solid outing. Kikuchi tossed 5.1 innings against the Tigers, allowing just one run on two hits while striking out five

Also, Kikuchi pitched very well in his lone start versus Tampa Bay in 2022, throwing six frames while surrendering one earned run. Hopefully, the veteran can build off the Detroit game and put his best foot forward here are Toronto looks for the sweep.

There are a couple of options here for the Rays. Ryan Yarborough last pitched on Thursday, while Jalen Beeks appeared in relief two days ago, tossing two innings. Yarborough has made eight starts this season but he’s gone 0-6 overall, compiling a poor 5.11 ERA. He took the loss against the Orioles last time out despite allowing only one run in six quality innings.

The #Rays have reinstated LHP Jalen Beeks from the IL and optioned RHP Luke Bard to Durham.

As for Beeks, he’s featured mostly out of the pen. Out of his 25 appearances, he’s started five games. However, the 29-year-old has been effective, posting a 2.36 ERA while striking out 50 in 42 innings of work. Both of these guys are capable of serving as openers on Tuesday.

Toronto continues to trend upwards at the best possible time, going 8-2 in their last 10 games after beating Tampa 3-1 on Monday. Kevin Gausman swirled an absolute gem on the bump, throwing eight innings of scoreless baseball, allowing only one hit and striking out 10. He’s even at a long +4000 in AL Cy Young odds.

Offensively, the Jays banged out eight hits and scored two insurance runs in the top of the ninth as Danny Jansen drove in Teoscar Hernandez and Raimel Tapia with a two-out, two-run bloop single. Toronto also made some key moves at the trade deadline, bringing in utility man Whit Merrifield while also acquiring a couple of relievers to strengthen the pen.

Tampa Bay is on the opposite side of the spectrum than Toronto at the moment, going 3-8 since the All-Star break. Nevertheless, they still manage to be in the heart of the AL Wild Card race. The bats were abysmal in the series opener though, collecting just two hits as Gausman absolutely diced them.

Taylor Walls added the Rays’ only run in the bottom of the ninth as he smacked a solo bomb off a hanging breaking ball from Jordan Romano. Other than that, Tampa couldn’t muster up anything offensively. In fact, the team has scored only 11 runs in their last five games.

I like how Kikuchi pitched last week and the Jays are just rolling right now. Believe in the team that’s hot and take Toronto to grab another important win as they increase their lead in the Wild Card.