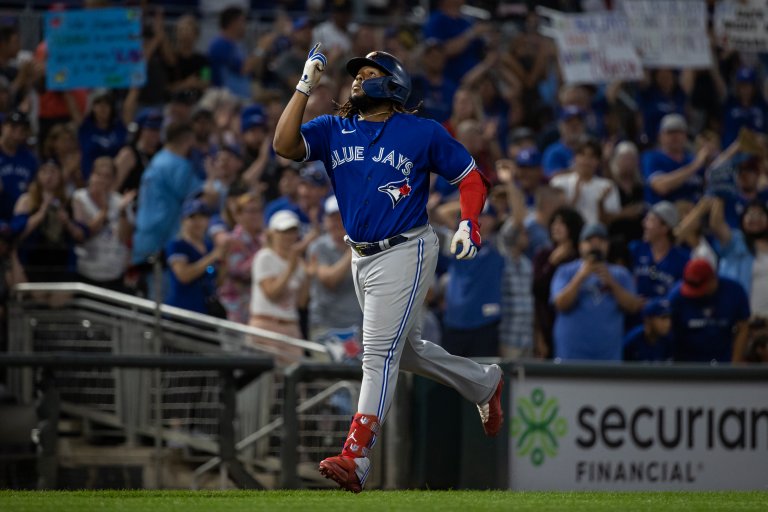 The Toronto Blue Jays and Baltimore Orioles face off at Camden Yards on Monday, August 8th
The Jays lead the AL Wild Card race, while the Orioles are also in the mix for a postseason berth
Read below for the Blue Jays vs Orioles odds and betting preview

The Toronto Blue Jays (60-48) face the Baltimore Orioles (56-52) on Monday at Camden Yards. The opener in a three-game series has a scheduled first pitch of 7:05 pm ET. Toronto will send Yusei Kikuchi to the mound, while the O’s counter with Jordan Lyles.

The Jays are favored in this one and have +3000 odds to win the AL East. Meantime, Brandon Hyde’s club has +50000 longshot odds to capture the division in the MLB Division odds.

Simply put, Kikuchi has been the weakest link in what has been an otherwise solid starting rotation for Toronto in 2022. The Jays are only 6-12 in the 31-year-old’s outings this season — with only three of those being of the quality variety. As a matter of fact, he’s lasted only four innings or less nine times — not exactly the type of performance team Toronto General Manager Ross Atkins was hoping for when the lefty signed a three-year, $36 million free agent deal. There has been one positive.

In five of his last six starts, Yusei Kikuchi has averaged a 31.3 K% ? Plus dating back to 6/19, he has a 29 CSW%. Great? No. Good? Yes. Better than Berríos, Pablo, Mahle, Kirby, Lynn, Sandoval, Greene, Manoah, Wheeler, Eovaldi, Gallen, Webb, Sandy over that time.

The lefty’s most recent performance came last Wednesday, when he went four innings, allowing three hits, two earned runs and a walk while striking out five in an eventual 3-2 defeat to the Rays.

Meantime, Lyles has been slightly more reliable than his Monday counterpart this season. The O’s own a 10-12 mark in the former first-round pick’s turns this season — nine of which have been quality ones. He’s been on a roll since the beginning of July, with four of his seven outings being of the quality vintage and owning a 4-1 record and 3.00 ERA.

Brandon Hyde on Jordan Lyles: “He’s been the one guy all year long that has just been an anchor in our rotation and given so many guys a breather and his ability to go deep into games and not want to come out of the game. … He’s been huge for us, and glad we kept him.”

Lyles is coming off an 8-7 win against the Rangers last Tuesday, when he went 6.1 innings, allowing seven hits, an earned run and a walk while striking out seven.

Toronto enters the series coming off a four-game split against Minnesota and owns a 10-5 record since the break. George Springer is on the injured list with an elbow injury, but nearly every player in the Blue Jays lineup is swinging a hot bat right now. That group is led by Vladimir Guerrero Jr.

The All-Star first baseman is hitting .385 over the last seven days. He’s joined by Teoscar Hernandez, Bo Bichette, Cavan Biggio, Lourdes Gurriel and newcomer Whit Merrifield in a group all hitting .300 or better.

Meantime, Baltimore inscrutably got blown out by Pittsburgh 8-1 on Sunday, but still took two of three from the Pirates to win the series. Jorge Mateo provided the lone highlight on getaway day for the O’s.

With Trey Mancini gone, Anthony Santander and Cedric Mullins have been the stars on offense all season.

The Orioles currently have +25000 odds to win the Fall Classic, while the Jays are at +1400 in the World Series odds.

This one is tricky to handicap because both starting pitchers are so evenly matched. Lyles has been better of late, but Kikuchi has that fantastic K-rate going for him.

Toronto has been the better team of late and possesses the better lineup, so the Jays are the pick in this spot.