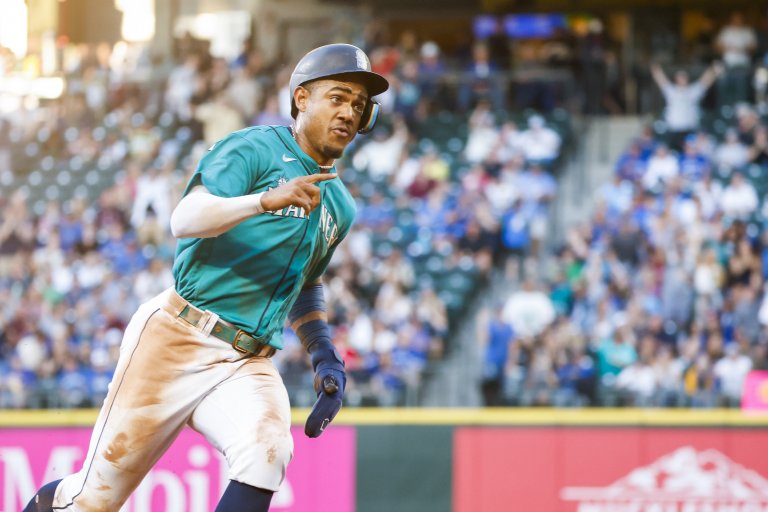 The Toronto Blue Jays and Seattle Mariners face off at T-Mobile Park on Saturday, July 9th
Blue Jays are in thick of the AL Wild Card standings, while Mariners have been red-hot over last two weeks
Read below for the Blue Jays vs Mariners odds and betting preview

The Toronto Blue Jays (45-40) face the Seattle Mariners (43-42) on Saturday at T-Mobile Park. The third game of a four-game series has a scheduled first pitch of 10:10 pm ET. The Jays will send Alek Manoah to the mound, while the M’s counter with Robbie Ray.

Odds as of July 8th at Caesars Sportsbook

The 24-year-old Manoah – who finished eighth in AL Rookie of the Year balloting last year – has picked up right where he left off in 2022. The imposing 6-foot 6, 285-pounder  has a sparkling 9-3 record and 2.33 ERA. Toronto has gone 10-6 in his starts, 13 of which have been of the quality variety. He’s only one hit in two of his outings this season, including in his first turn against the vaunted Yankees lineup.

His most recent start came on Monday when Manoah was roughed up a bit by the A’s. Manoah went 5.2 innings, allowing six hits, four earned runs and two walks while striking out five in an eventual 5-1 loss to Oakland.

Meantime, Ray – the reigning AL Cy Young Award winner – is rounding into form after a mediocre first two months in a Seattle uniform. The M’s own a 10-7 mark in his outings, of which nine have been quality ones. He’s hurled five consecutive quality outings, owning a 2-0 record and minuscule 0.80 ERA over the stretch.

Whenever you’re in the same company as the Big Unit, you’re doing something right. The lefty went 6.2 innings last Sunday, surrendering four hits, one earned run and two walks while punching out 12 in what turned out to be a 2-1 victory over the A’s.

Since winning 11 of 13 around Memorial Day, Toronto has gone 12-17.  The Jays have still had contributions from multiple players, with six players hitting at least two big flies over that period.

Oakland fans aren’t used to being on this end of game-tying Matt Chapman home runs pic.twitter.com/DOPjMe1jGE

Matt Chapman has been the leader of that group, going deep six times and knocking in 17 runs in the last month.

Meantime, the Mariners have the best record in baseball since June 21st, going 14-3 over that stretch.  Eugenio Suarez has gone 20-for-63 (.317) in that timeframe, scoring nine runs and launching his first career walk-off home run in Friday night’s extra-inning affair. But the real offensive hero has been Julio Rodriguez.

A different level of power and speed.

The future is bright in [email protected] | @Mariners | #SeaUsRise pic.twitter.com/gZ1NwytTNo

The AL Rookie of the Year frontrunner has gone 21-for-65 (.323) in that same stretch with seven home runs, 13 RBI and three stolen bases. But it’s the pitching staff that has truly come together and performed well. The group has only allowed more than six runs twice since June 21st, Over the other 15 games, Seattle’s arms have only surrendered a total of 28 runs.

The Mariners currently have +15000 odds to win the Fall Classic, while the Blue Jays are at +1100 in the World Series odds.

The Jays took the first two games of the season series, but the M’s have bounced back by winning three in a row and are above .500 for the first time since May 2nd.

While Manoah has been splendid in 2022, Ray has been flat-out lights out of late. Seattle has fantastic momentum and I expect the home team to keep those good vibes going in this spot.