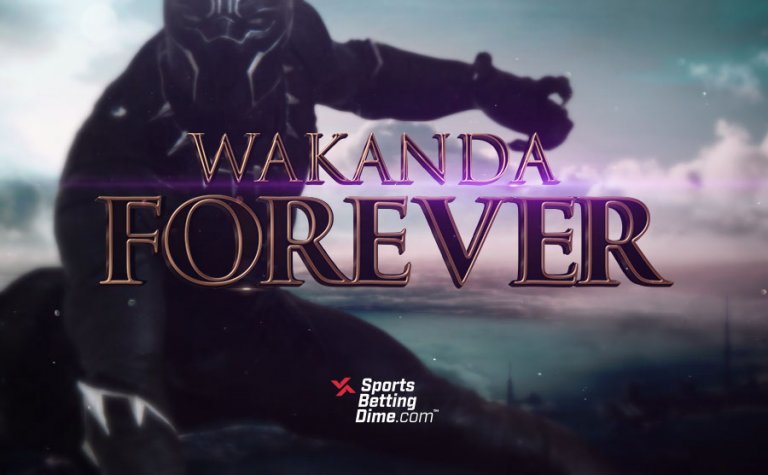 Black Panther: Wakanda Forever is due out in theaters November 11th
Marvel fans are speculating who might make a surprise appearance in the film
Which familiar face do odds favor popping up in Wakanda Forever?

Among all of the excitement stemming from Marvel’s many announcements at San Diego Comic-Con last weekend was the reveal of the newest teaser trailer for Black Panther: Wakanda Forever, due out in theaters November 11th. It will be the next installment in Phase 4 of the MCU following the release of Thor: Love and Thunder earlier this month, which was met with mixed reviews by critics thanks to the comedy overload.

Wakanda Forever, of course, will not suffer from the same issue, especially with the trailer revealing that the film will follow the aftermath of Black Panther a.k.a. T’Challa’s death. This directly mirrors the real-life passing of Chadwick Boseman, who portrayed the character prior to his passing in 2020.

Boseman being gone has greatly impacted the MCU as well as the rest of the world. It leads to many questions being asked about the future of the franchise, including who has the highest chance of making an unannounced appearance in the upcoming sequel.

Note that everyone included among this cast of characters must have new footage shown of them in Wakanda Forever, meaning that flashbacks or recycled footage from other movies or shows don’t count.

Doctor Doom is very heavily favored to appear in Black Panther 2, and for good reason. His arrival in the MCU has been highly anticipated among fans since the announcement a few years ago that all of Fox’s Marvel-related properties were now game as far as being incorporated into the MCU eventually.

Although Kang the Conqueror is rumored to be the next big bad of the MCU in the same way Thanos once was, Doom has the potential to be a far greater adversary for the Avengers depending on how he’s used and where he pops up first. Wakanda Forever would be as good of a place as any for him to make his MCU debut.

That combined with recent leaks suggesting it’s a likely possibility makes him the frontrunner by a wide margin. Doom’s -1000 price in the odds gives him 90% implied probability to appear in the Wakanda Forever movie.

Storm Among Other Best Bets

Storm is another X-Men favorite and another top candidate to appear in Wakanda Forever. Considering she’s a character who controls the weather and Namor appears to play a prominent role in the film, Storm is a smart bet as well at +150.

Michaela Coel has been cast in an unknown role in the Black Panther sequel and all signs point to that being who she portrays.

A recurring Black Panther antagonist in the comics, Achebe doesn’t trail too far behind in the odds. He was absent in the original and could be the mystery villain in Wakanda Forever. There hasn’t been a ton of buzz about that being the case, but it should still be considered a possibility, nonetheless.

What About Baron Zemo?

While not the ultimate longshot, Baron Zemo is a dark horse for sure. He was last seen in The Falcon and Winter Solider show on Disney Plus in early 2021, and seeing how he’s still alive behind bars, the MCU obviously has a grander plan for him that may very well kick off as early as this film.

Baron Zemo is masked up in new look at the ‘Falcon and the Winter Soldier’ villain pic.twitter.com/ODcYun9Jlg

Baron Zemo is much likelier to show up than Klaw, who was clearly killed off in the first film. A comeback could be explained in some form or fashion, but there’s still so many characters who have yet to appear in the franchise such as King Cadaver and Kraven the Hunter that should be prioritized instead.

Wakanda Forever will release this November and promises to be one of the most powerful films of MCU’s Phase 4.