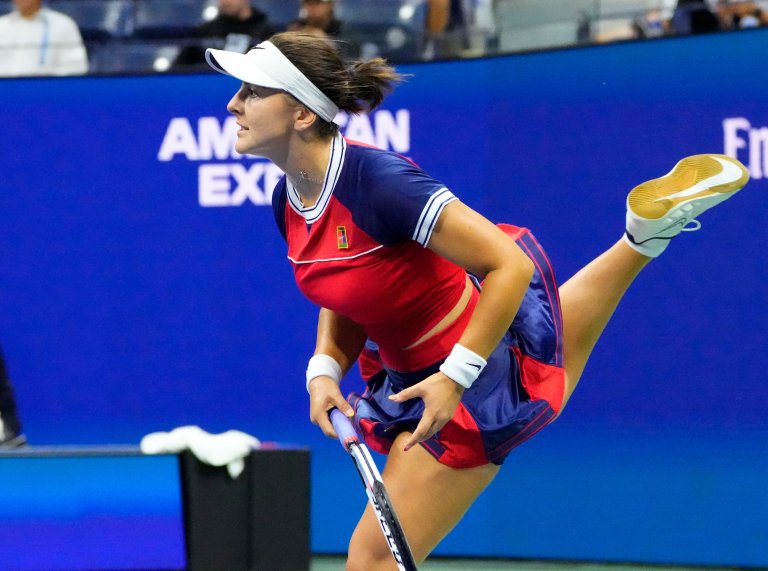 The final match of the Bad Homburg Open will be played on Saturday
Both Bianca Andreescu and Caroline Garcia are unseeded
Continue below for odds, preview and best bet prediction

Then there were two. 22-year old Andreescu will take on 28-year Garcia in the final match of the Bad Homburg Open on Saturday. The two are set to play at 7:30 am ET.

Andreescu is in the finals after Simona Halep withdrew from the semifinal match due to a neck injury. While Garcia booked a spot after a close, three set win over Alize Cornet.

Odds as of June 24th at DraftKings.

The Canadian is the favorite heading into this match, as she’s been pretty lights out since the start of the tournament. But can Garcia perform the upset?

The 30-year old Romanian star let fans know on her instagram that she wouldn’t be able to perform in the semifinals due to a blocked neck. This pushed Andreescu into the finals, with a bit of extra rest.

Now, this is the Canadian’s first final in more than a year, with her last final being the Miami Open in April 2021 against Ashleigh Barty. She actually retired from this match due to an ankle injury.

Since then, the 22-year old has taken the time to try and get her tennis back to what it was. This week in particular has shown that she’s still a competitor, and there’s a reason she’s a Grand Slam winner.

??Bianca Andreescu will take on ??Caroline Garcia in the Bad Homburg Open Final on Saturday at 7:30 am ET.

Andreescu is trying to win her first WTA title since the US Open back in 2019.#WTA | #BHO22 pic.twitter.com/S8XiX7ETjS

In her four matches Andreescu has yet to drop a set, and at most, has only lost a total of four games in a set.

The only thing standing between her and her first title of 2022, is her French opponent, Garcia.

It came down to the last point, when 28-year Garcia saved match point to win 7-6(9), 3-6, 7-5 against ninth seed Alize Cornet. It took almost three hours, but the win booked Garcia a spot in her 11th career final.

This was definitely the match of the day, as both players were dominated on serves, and rallies were high. The match in its entirety only saw five breaks of serves, and in the first set, neither player saw a breakpoint.

?? @CaroGarcia overcomes fellow Frenchwoman Cornet to go through to her third singles final on grass!#BadHomburgOpen pic.twitter.com/WMfiyWNPMB

After the second set, it really looked like the match could go either way, but it was Garcia who managed to come out on top.

Garcia has participated in two previous grass-court finals. She went on to win both titles, with the most recent being Nottingham 2019. She currently holds a 7-3 record in WTA Finals.

Andreescu and Garcia will meet for the first time on Saturday, as their head-to-head currently sits at 0-0.

Andreescu seems to have the slight edge here. Having the extra day of rest, in comparison to Garcia’s full three set, almost three hour match, could make a difference at this point in the tournament.

We don’t have anything to go off of between these two players. But we can see that Andreescu has had a slightly better showing at the tournament this week.

Garcia is going to come in strong with her serve, as it was in her semifinal match, so Andreescu’s going to have to be prepared on the return. But if the Canadian can focus in, and stay consistent from beginning to end, there’s no reason why she shouldn’t be able to collect her first trophy in two years.