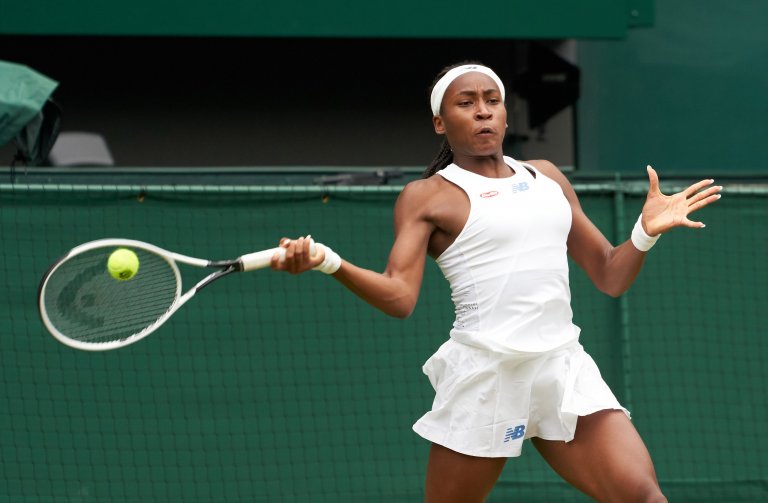 Six of the eight seeds at the bett1open have survived to the June 17 quarterfinals
Top seed Ons Jabeur is the biggest favorite, in her match against Aliaksandra Sasnovich
Read on as we break down the matchups and make some predictions for the bett1open quarterfinals

There was a lot of last-minute carnage decimating a once-stellar field in Berlin at the bett1open. But in the end, six of the eight seeds have reached the final eight of the bett1open quarterfinals, including four of the top five pre-tournament favorites.

Ons Jabeur has overtaken Coco Gauff as the overall favorite to win the tournament.

But the two cannot meet in the final; if both win their bett1open quarterfinal matches on Friday, they would meet in Saturday’s semifinal.

And Gauff has a big challenge against a resurgent Karolina Pliskova.

All of that makes our pre-tournament longshot pick, No. 8 seed Belinda Bencic, look even better at this stage.

Jabeur, who it was revealed Wednesday would be playing doubles with a returning Serena Williams in Eastbourne next week, has gone through a couple of contrasting opponents in fairly orderly fashion.

She defeated Karolina Muchova, a talented all-court player much like Jabeur herself, in straight sets in the first round.

And then she fended off the big-serve challenge of American qualifier Alycia Parks, even though it could well have gone to three sets after a very tight second-set tiebreak.

Sasnovich can be a formidable thorn in the side of the higher-ranked players; she defeated both Emma Raducanu and Angelique Kerber at the French Open.

And given she’s banned from Wimbledon as a Belarussian, there is extra motivation in these leadup events to maximize.

Jabeur is 2-0 against her, with both matches on hard courts. But in both cases, the Tunisian lost the first set. And then she had to battle back in a tight second set before going on to a three-set win.

Given the unappealing odds for a Jabeur win, there are other interesting tennis props to look at, to add value to this matchup.

Sakkari, the No. 2 seed, is the slight favorite in this quarterfinal against a player who has been gaining tremendously in form over the last few months.

Daria Kasatkina beat Leylah Fernandez and Paula Badosa to make the Rome semifinal. And she followed that up with a semifinal at the French Open as well. She’s 14-4 since losing her opener at the Miami Open in March.

Beyond that, she’s 4-0 against Sakkari going back to 2015. And Sakkari’s form has been barely average in recent months.

Sakkari’s grass record is slightly above .500; the more versatile Kasatkina is a far better performer on that surface.

Kasatkina can get back into top 10, if she wins the bett1open tournament and Gauff’s run ends.

This is the most intriguing of the quarterfinal matchups, and the hardest to predict.

Even though the 18-year-old Gauff was the favorite coming into the bett1open (rather surprisingly), she’s going up against a player who reached the Wimbledon final less than a year ago.

Pliskova has had a tough year; she only began her season in March after an arm injury suffered in a freak gym accident in the off-season pushed everything back.

But against Bianca Andreescu of Canada in the second round, she most definitely showed major flashes of her vintage grass farm – notably on serve.

Andreescu should have won it, really; she served for it at 5-4 in the third set. But Pliskova prevailed.

Through her first two matches, she has 29 aces. But the Czech former No. 1 also faces a formidable server in Gauff (at least on the first serve

The American has just eight aces, but has played two fewer sets (four) in getting through her first two rounds against less-accomplished opposition.

Gauff has played just 15 career WTA-level matches on grass; Pliskova now has 68, and it’s her most successful surface.

The two played once, last year in altitude on the Madrid clay, and Pliskova won in three sets.