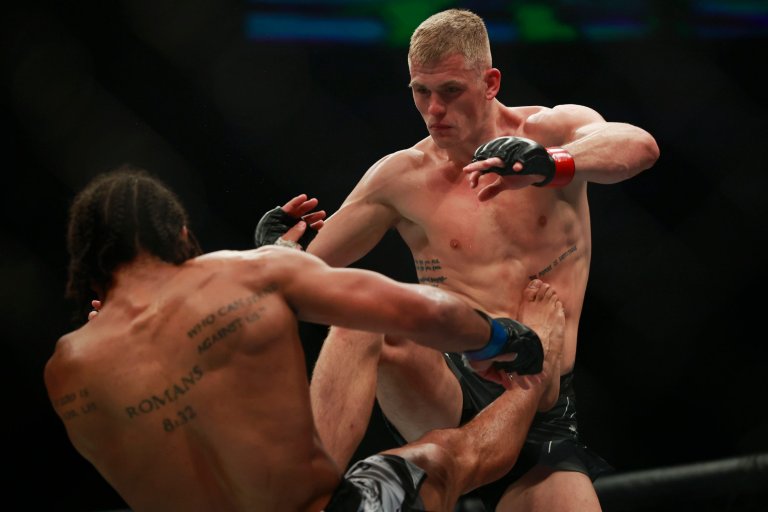 UFC 276 goes down on Saturday, July 2 in Las Vegas, Nevada for the yearly International Fight Week card. Every year this is one of the best events of the year and this year is no different as we’ve already broken down the full UFC 276 main card and now we are breaking down the best prop bets for the prelim card.

*All odds as of June 30. Get the best Barstool Sportsbook promo code for UFC 276 here

Ian Garry had a ton of hype before he even entered the UFC as he is a brash Irishman and a former Cage Warriors champion and has compared himself to Conor McGregor which has only added to the attention he gets.

In his first fight, Garry got the first-round finish but last time out he went the distance with Darian Weeks and is now fighting a durable Gabe Green which is why the odds are so high. Yet, Green is there to be hit as in his last fight Yohan Lainesse dropped him as Green absorbs 6.61 significant strikes per minute.

Garry is such a good striker that he can land his shots and as Green starts to get aggressive he will get caught coming in. The Irishman is the better striker and has the power to find the finish and to me, the odds are high so it’s worth a shot.

Andre Muniz gets the toughest test of his career as he faces Uriah Hall and I like the jiu-jitsu ace to win by submission.

Although Hall has never lost by submission in his career, he hasn’t fought a grappler like Muniz who is at such a high level. Muniz is 4-0 in the UFC and has won three of them by submission, including submitting Jacare Souza who prior to that had never been submitted in his career and he did so in the first round.

Hall might be tough to get down as he does have a 65% takedown defense, but  Muniz will eventually get him down, and once he does he gets ahold of arms quickly which will force Hall to tap. Muniz is a big favorite so to lower the odds take him by submission.

Donald Cerrone and Jim Miller are having their rematch eight years in the making as ‘Cowboy’ took this fight on short notice after Bobby Green pulled out last week.

Although Miller and Cerrone are both lightweights, the fight will take place at welterweight which is why I like the over 1.5 rounds. They both should be more durable at welterweight and prior to Miller’s past two surprise knockouts, he had gone the distance in three of his last four fights.

Cerrone, meanwhile, has been finished quite early but those are against the elite in McGregor, Gaethje, Ferguson, and went the distance with the likes of Anthony Pettis and Al Iaquinta. Both men should have moments in this and this could go the distance but the safer option is the fight going over 1.5 rounds in this UFC over/under.

Maycee Barber wins by decision (-124): Eye has only ever been finished by Shevchenko, so take Barber by decision to get better odds.
Jalin Turner inside the distance (+135): Turner has won all of his fights inside the distance and Riddell is coming off a KO loss last time out. Turner gets the win whether it’s by TKO or submission.