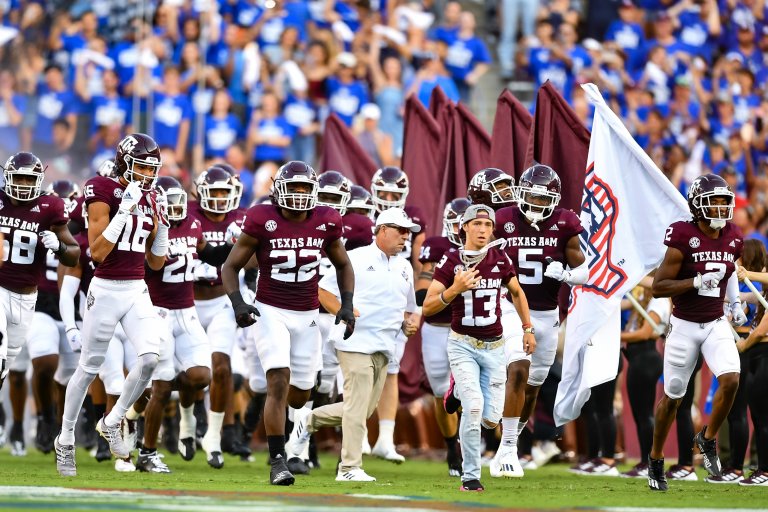 Alabama, Ohio State and Georgia are among the prohibitive favorites to win the 2022-23 College Football Playoff
Major longshots have won the CFP (Ohio State in 2014 and LSU in 2019) since it launched eight years ago
Read below for the best value plays and possible longshots in the 2022-2023 CFP Title odds

Three programs have captured five of the eight previous College Football Playoff titles: Alabama (3), Ohio State (1) and Georgia (1). Not so coincidentally, the Crimson Tide, Buckeyes and Bulldogs have the shortest odds to win this season’s CFP.

But when OSU won the first playoff in 2014, the Buckeyes were +4000 longshots. And when LSU wore the crown in 2019, the Tigers were +3300 longshots. You can read all about the top three programs here while checking out the current National Championship odds. But what about the under-the-radar programs with a legit chance to be in the sport’s Final Four at the end of December? Let’s look into the teams that give bettors the best value in 2022.

Odds as of August 24th at Barstool Sportsbook.

After Texas A&M knocked off ‘Bama 41-38 at home in thrilling fashion last season, expectations were sky-high for Jimbo Fisher to carry that momentum into an SEC West title in his opening campaign in College Station. But late-season losses to Ole Miss and LSU derailed any hopes of winning the division, let alone the SEC.

A year later — following plenty of off-the-field dialogue between Fisher and Nick Saban — the Aggies (+2000) appear ready to not only challenge for the conference title, but also contend for the Natty.

“The better you play, the louder they get.” – Coach Fisher

First, this team knows it can beat the Tide. Of course, this year’s rematch is in Tuscaloosa. But with a top-5 recruiting class (according to 247Sports’ Blue Chip Ratio) — that includes four top-10 prospects — the 2022 roster certainly looks the part. And running back Devon Achane, with his 10.14-second 100-meter dash speed, could be a true breakout performer in all of college football.

Lot of talent on @AggieFootball’s roster, but nobody more talented than junior RB Devon Achane. Averaged 7 yards a carry last season, great receiver out of backfield and can run between tackles. Jimbo Fisher told me Achane is one of the most underrated players in the country.

The schedule is daunting. Along with the road game at Alabama, there’s a six-week stretch between home dates against Miami (FL) and Ole Miss (each of which present its own challenges) early in the season. There’s no doubt the 2022 slate could be tough to handle for a young group. And, yes, there are quarterback questions. But there’s so much talent at the position, Texas A&M may just overcome them. With USC getting deserved hype to possibly crash the CFP party, the Aggies feel like they’re a bit closer (perhaps because of their geography) to actually be in the mix at the end.

Utah’s 2021 season was truly a breakthrough one for the program. The Utes (+6000) not only beat — but utterly dominated — conference heavyweight Oregon twice to clinch the Utes’ first-ever Pac-12 title. And Kyle Whittingham’s group had a 14-point lead against Ohio State late in the Rose Bowl Game prior to the Bucks bouncing back to win it. But that defeat — along with so many returning players — are why the team from Salt Lake City is a real threat to be one of the last four squads standing.

I think that is it? https://t.co/iULLsQwuwQ

Quarterback Cam Rising is back after throwing for nearly 2,500 yards and 20 touchdowns against just five interceptions while completing 63.8 percent of his passes last season. He’ll be joined in the backfield by Tavion Thomas — a 1,000-yard rusher in 2021 — who also keyed blowout victories against Stanford and UCLA.

All-American linebacker Devin Lloyd departed as a first-round pick of the Jaguars, but this defense is still loaded. According to veteran college football analyst Phil Steele, Utah’s weakest-rated position group is its d-line, which still checks in at 17th in the country.

With an opportunity to take out name-brand Florida in the season opener, USC at home, and a revenge-minded Ducks group at Autzen, the Utes are set up to potentially run the table. If so, this longshot from a soon-to-be marginalized conference could join the big boys.