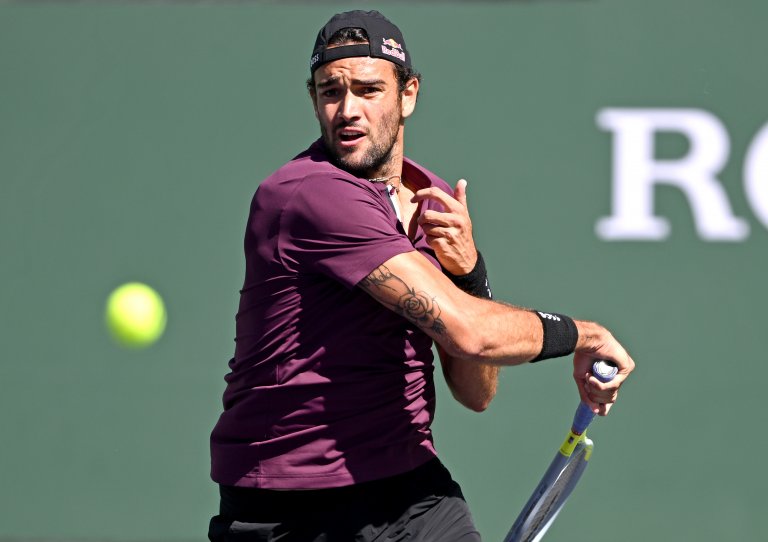 The Cinch Championships will take place this week at Queen’s Club
Matteo Berrettini will look to defend his title
Continue below for opening odds, a preview of the tournament, and best picks

Established in 1889, the Cinch Championships at Queen’s Club is one of the longest-running tennis events. This ATP 500 grass tournament has become a warmup for grass events such as Wimbledon. Because of this, the best of the best come out to play.

This year the 32-player draw is led by the No. 1 seed Casper Ruud, who’s odds to win are listed at +700. Defending champion Matteo Berrettini is the second seed, and is the favorite to win at +550.

Odds as of June 12th at DraftKings.

The tournament takes place from June 13-19.

2020 Cinch Championship winner Berrettini will be returning this year to hopefully defend his title. Clearly people think it’s possible, as he is the favorite to win the tournament.

The Italian had a great grass season last year, that saw him win this and be a finalist at Wimbledon.

But unfortunately this year he had to have hand surgery, and has been off for the past two months. He returned just this week, and already managed to make a splash, winning the title at the Stuttgart Open.

He’ll open his tournament up against Dan Evans, who will be playing in front of a home crowd.

Berrettini leads the bottom half, which also includes Cameron Norrie and Denis Shapovalov. He could see Andy Murray in the later rounds, which would be a rematch of their Stuttgart final that just took place today.

Cilic Leads the Top Half

2018 winner Cilic leads the way in the top half, which also includes Ruud and Taylor Fritz.

Cilic is a two-time winner her at the Queen’s Club, and knows the tournament quite well. He’ll open up against Liam Broady, and should have a fairly straightforward couple of rounds.

The 33-year old currently holds a 71 win percentage on grass, winning 77 of 108 matches. This is the best percentage outside the Big 4.

On the other hand, World No. 6, Ruud, has only won two of five matches on the court surface, and will be looking to improve that in any way. He’ll open up his tournament against Ryan Peniston, and once again, should have a fairly straightforward first couple of rounds.

Berrettini playing at Stuttgart was perhaps the best thing he could’ve done leading into this grass season. If this was his first tournament back after his hand surgery, he’d definitely be more of a tougher sell for best bet. But given the momentum he’ll be coming into the tournament with, and his previous success here, there’s no reason he can’t take the title here as well.