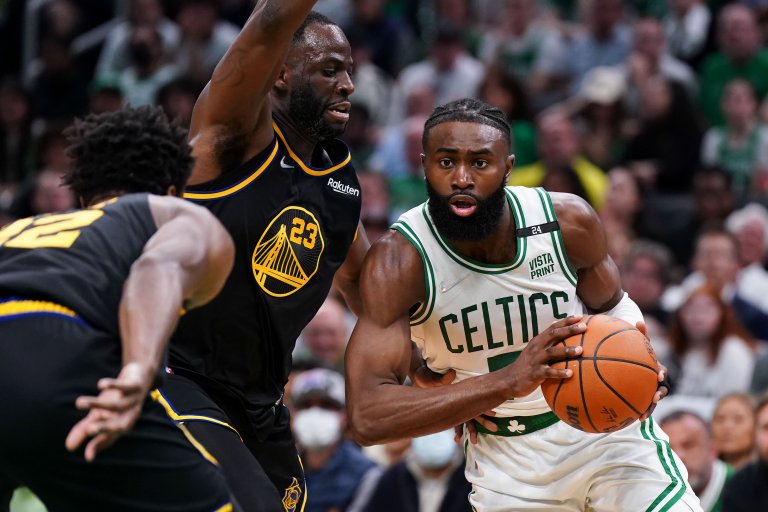 2022-23 NBA Defensive Player of the Year odds have been released
Bam Adebayo and Draymond Green are co-favorites at +350
See complete odds below, plus analysis and best bets to win the award next season

Now that the NBA’s free agent frenzy has hit a lull, it’s time to start looking into next season’s futures markets, specifically the Defensive Player of the Year odds category.

Marcus Smart shocked the basketball world this past season becoming the first guard since 1996 to win DPOY, but oddsmakers are expecting a big man to once again reign supreme in 2022-23.

Odds as of July 7th at Barstool Sportsbook.

Golden State’s Draymond Green and Miami’s Bam Adebayo top the opening Defensive Player of the Year odds board, despite neither being a finalist for the award last season. Green took home the trophy in 2017, but his play over the past few seasons suggests he’s an easy fade at this price.

Fade the Top of the Board

In order to be successful at NBA betting, you need to be able to identify value. Green in this case, is the furthest thing from it. He hasn’t played more than 66 games since 2018, and he’s fresh off a season where he put up his lowest steal percentage in five years.

draymond green is a former defensive player of the year and a 5x All-Defensive pick and luka made him look like his shoes were soaked in oil https://t.co/Q5jV9pSrIt

His defensive win shares fell from 3.4 two years ago to 2.6 last season, which marked his second lowest total since his rookie campaign. On the bright side, he set a personal best block percentage, but that’s not enough to justify his short price tag. There are more talented defenders further down the odds board, including a three-time DPOY who is more deserving of a wager.

As for Adebayo, the numbers suggest injuries were the only thing that held him back from a being a finalist last season. The Heat center played only 56 games but was second in the league in defensive plus/minus and set career bests in steal percentage and defensive rebounding percentage.

“In my mind, I think I’m the Defensive Player of the Year,”

He allowed just 0.72 points per possession in isolation defense, which was the third best mark in the NBA, and his 3.5 defensive win shares was the second highest total of his career.

However, at +350 there’s simply no value. That’s especially true when you consider all three finalists from last season are priced longer.

Gobert’s Defensive Player of the Year Odds Are Disrespectful

Rudy Gobert has won DPOY in three of the past five seasons. He led all players in defensive rating and defensive plus/minus last season, while finishing third in defensive win shares.

Gobert was the NBA’s top rebounder, finished second in blocks and was an All-NBA First Team defensive selection for the sixth straight season. Yet, somehow there are three players with shorter odds to win DPOY next season. It just doesn’t add up.

Perhaps it’s because the general public is expecting a decline in production now that he’s playing alongside Karl-Anthony Towns. Don’t read into that. Gobert’s presence is going to allow Towns to spend more energy at the offensive end.

There’s a reason Minnesota mortgaged the future to acquire him. His arrival immediately shortened the T-Wolves NBA Championship odds, and he’s going to have just as big of an impact with them as he did in Utah.

Rudy Gobert: This is “probably the most exciting situation in terms of basketball for me”.

With Anthony Edwards a top contender in the NBA’s Most Improved Player odds, it’s quite possible that Minnesota dominates the season awards market next season.

Gobert is a screaming value, but he’s not the only longshot worthy of a wager.

Defensive Player of the Year Odds – Bridges Gets it Done Differently

Just nine of the past 24 DPOY winners didn’t operate primarily in the paint. Phoenix’s Mikal Bridges is on a mission to be the 10th.

The 25-year-old finished second in DPOY voting last season but didn’t do it by racking up a ton of steals and blocks. Bridges guards the opposing team’s best player every night, whether that’s Steph Curry or LeBron James. He averaged 1.3 miles travelled per gamed on defense last season and led the league in minutes.

“[@mikal_bridges] should be Defensive Player of the Year.”

He hasn’t missed a game since entering the NBA in 2018, and on a team that finished first in Net Rating and third in Defensive Rating, he played 14 regular season contests than anyone else.

Voters proved last season they were willing to go away from big men in the DPOY category, so there’s a good chance they’d be willing to do so again next season. If Bridges leads the Suns to some of the best defensive metrics in the league again, he’ll be among the top contenders to win DPOY, and his opening +1400 Defensive Player of the Year odds will look like a steal.