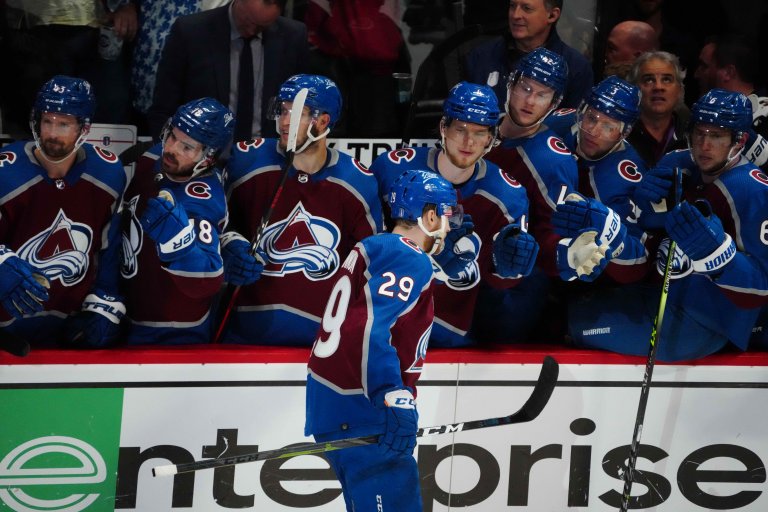 The Colorado Avalanche are -125 road favorites over the Edmonton Oilers in Game 3 of their Stanley Cup Western Conference final series on Saturday, June 4
Colorado is up 2-0 as the best-of-seven series switches locales to Edmonton
Below, see the Game 3 Avalanche vs Oilers odds and picks

Stanley Cup logic suggests that all the Colorado Avalanche have done so far is maintain home-ice advantage. History, though, is suggesting that the Edmonton Oilers are in big trouble.

A 4-0 victory in Game 2 of the Western Conference final on home ice at Ball Arena has the Avs up 2-0 in the best-of-seven Western Conference final. Returning home for Game 3 might be a shot in the arm for the Oilers. However, their 1-8 record in previous series when they’ve trailed 2-0 won’t be helping the situation. Colorado has won 15 of 18 series when taking a 2-0 lead.

Oddsmakers are liking the chances of Colorado extending the series lead to 3-0. It’s the Avalanche who are -125 road favorites for Game 3. Edmonton is 4-2 straight up at home in the playoffs.

The puck is set to drop for Game 3 inside Rogers Arena at 8:00 pm ET. Catch the action on TNT or CBC in Canada. The total is set at 7 goals. The total has gone over in five of Edmonton’s last seven games and four of Colorado’s last six games.

The @Avalanche own an all-time series record of 15-4 when taking a 2-0 lead in a best-of-seven, including a 12-3 mark when starting at home.#NHLStats: https://t.co/eKwm5QTTFV #StanleyCup https://t.co/8YCZ22ESop

In the Stanley Cup odds, the Avs have shortened to -115 favorites. At NHL odds of +900, the Oilers are the longest shot on the board among the four teams still in the hunt for Lord Stanley’s mug.

The Oilers were also shutout 4-0 on the road by the Los Angeles Kings in Game 4 of the opening round. They came home for Game 5 and lost 5-4 in overtime.

Colorado goalie Darcy Kuemper left Game 1 with an upper-body injury. He was out for Game 2 and is listed as questionable for Game 3. Forward Andre Burakovsky (lower body) is also questionable. Defensemen Samuel Girard (broken sternum) and Ryan Murray (broken hand) are out for the Avalanche.

per @CCpxpSN, Kailer Yamamoto out with an upper-body injury

The Oilers lost forward Kailer Yamamoto to an upper-body injury during Game 2. He’s out for Game 3. Forward Kyle Turris (upper body) is also out for the Oilers.

Around the Avalanche dressing room, goalie Pavel Francouz is known as Frankie and Frankie came up big in Game 2. Forced into action by Kuemper’s injury, Francouz improved to 4-0 in the postseason with a 24-save shutout.

It’s been a dismal conference final for Oilers goalie Mike Smith. He was hooked during the 8-6 Game 1 loss. In Game 2, he was beaten for three goals in a span of 2:04.

Smith’s numbers for the series are showing a 6.98 GAA and an .846 save percentage.

Edmonton has to win Game 3. It’s as simple as that. It’s going to be hard enough beating the Avs in four of the next five games. The Oilers are never winning four straight against Colorado.

Fortunately, three has proven to be a lucky number for Edmonton. The Oilers are 2-0 in Game 3 and display a goal difference of 12-3.