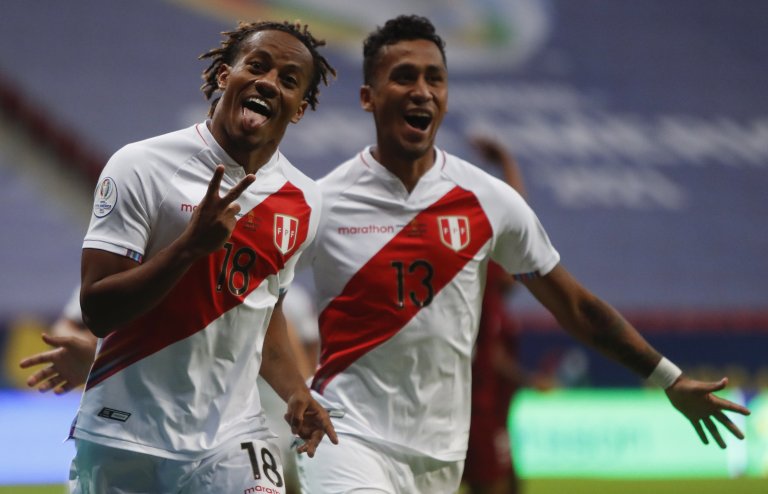 It’s Australia vs Peru in a World Cup qualifier on Monday, June 13.
The winner of this intercontinental playoff game will go to Qatar 2022.
We preview the game, look at Australia vs Peru odds, and offer some picks below.

It is Australia vs Peru in the AFC-CONMEBOL play-off final in Al Rayyan on Monday, June 13 at 2:00 pm ET, with the winner going through to Qatar 2022 World Cup Finals in November and December later this year.

To reach this winner-takes-all playoff final, Australia has played no less than 19 games in two rounds of AFC qualifiers plus a semifinal, while Peru has played 18 in a grueling CONMEBOL qualification process.

We preview Australia vs Peru and offer below some analysis, team news, and picks from the World Cup odds for this massive playoff.

Odds as of June 12 at Barstool Sportsbook.

The draw also offers a decent return at +240, an implied probability of 29.41%, and in playoff games of this type should never be discounted.

Caesars has pitched ‘over 2.5 goals’ in plus money at a very decent +148, and under 2.5 at -186 The plus money bet is a decent one given how well-fancied the South Americans are for an easy win.

Australia cruised through their first AFC qualifying group with a 100% record of eight wins from eight, scoring 28 goals and conceding just two, and carried that outstanding form into the next qualifying phase where they were grouped with China, Vietnam, Oman, Japan and Saudi Arabia.

Three straight wins in their opening three games set them up perfectly for a direct route to Qatar but draws against Saudi Arabia (h) and China (a) in games 4 and 5 put their qualification hopes in the melting pot. With only one more win forthcoming and then losing the last two games of the group against Japan (h) and Saudi Arabia (a), they had to settle for third  – enough just to earn them a playoff semifinal against the United Arab Emirates.

It all comes down to this.

The Socceroos handled the pressure of the play-off game in Doha with the UAE expertly and kept their nerve when, after taking a 53rd-minute lead through Jackson Irvine, their opponents pulled level just four minutes later. Their patience was rewarded when, just six minutes from time, Ajdin Hrustic scored the all-important winner.

It has been a tough route so far for Peru, who made a terrible start to their CONMEBOL qualifying group with just one win in their opening seven games – a run that included four consecutive losses, one a humiliating 3-0 home defeat by Colombia. At the group’s halfway stage their chances of qualifying for Qatar looked slim.

The comeback started on Matchday 10 when they recorded a vital 2-0 home win over Chile, and then in games 13, 14, and 15, recorded consecutive wins over Bolivia (h), Venezuela (a), and Colombia (a).

A draw with Ecuador on Matchday 16 and then a defeat in Uruguay in their penultimate game made for a nervous conclusion to the group, but they went into their final match, at home to Paraguay, knowing a win would be enough to earn them fifth-place and a place in the intercontinental playoff.

With Colombia just a point behind them, the pressure gauge was on 11 but first-half goals from Lapadula and Yotun were enough to see them safely through. They will need to show similar levels of mental strength against Australia.

While Peru struggled in their CONMEBOL qualifying group, they finished strongly, and to have finished fifth among the giants of South American soccer was no mean feat in itself.

The Peruvians are 20 places higher than Australia in the FIFA world rankings for a reason and, while I expect it to be a tight game, the extra quality in the South Americans squad should be enough to see them through.