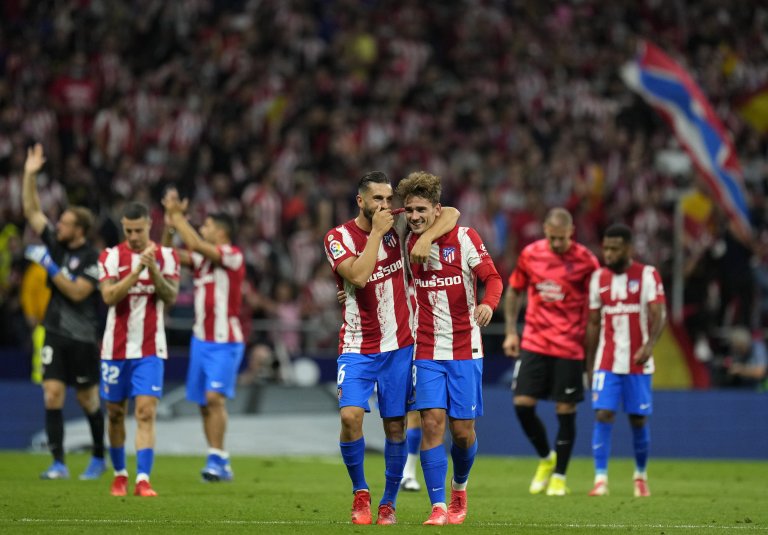 It’s Atletico Madrid vs Villarreal on Matchday 2 of the new Spanish La Liga season on Sunday, August 21 at the Metropolitano Stadium. It all kicks off at 1:30 pm ET.

Both teams opened their La Liga campaigns with emphatic 3-0 wins last weekend; Atleti away at Getafe and Villarreal at home to Real Valladolid.

We preview Atletico Madrid vs Villarreal and offer below some analysis, team news, and picks for this huge La Liga clash.

Atleti are listed as third-favorites to win the La Liga at +450, behind Real Madrid and Barcelona, while Villarreal, even at fifth in the listings, are huge outsiders at +3500 to win the Spanish title.

Caesars have listed over 2.5 goals in plus money at +115, which is worthy of consideration, while under 2.5 is rather less tempting at -145. Given that both scored three last weekend, there is only one way to bet here.

If you’re new to betting on soccer and want to know about Asian Handicaps and Pointspreads, then our page offers help on how to bet on this game and other games.

Diego Simeone, the longest-serving manager in Europe’s top five leagues (he took over at Atleti in 2011), has overseen more than a decade of over-performance at the Metropolitano, which included two La Liga titles and success in Europe.

Armed with a budget much smaller than either Barcelona’s or Real Madrid’s he has raised expectations for Atleti fans and has somehow managed to maintain those high standards.

RT for Giménez & Correa
Like for De Paul & Molina pic.twitter.com/9yfqusBeRG

This summer’s transfer window has again been a modest one for them with Axel Witsel, Nahuel Molina, and Samuel Lino arriving in Madrid while Luis Suarez, Hector Herrera, Daniel Wass, and Sime Vrsaljko have all departed for pastures new. In addition, Alvaro Morata has returned to his parent club after spending two seasons out on loan.

Simeone will hope the return of Morata will fill the void left by Suarez and the early signs are good with the Spanish international scoring twice in last weekend’s 3-0 win away at Getafe. Antoine Griezmann scored the other goal in that comfortable win.

Villarreal will, of course, offer Atleti a tougher test than Getafe and will offer Simeone a better guide as to their progress and if indeed he needs to bring in any new faces. Both league games last season between these two ended 2-2.

Villareal boss Unai Emery, like Simeone, has been a revelation in the time he has been in charge of the Yellow Submarine. Admittedly it has been a  much shorter reign – he arrived in 2020 –  but in that time he has overseen a Europa League title in which they beat Manchester United on penalties in the final, and a Champions League semifinal last season.

For a club considered relatively small and unfashionable, that’s an outstanding record and worth noting too is how close they came to making it to the Champions League final. Despite losing the first leg of their semifinal 2-0 away to Liverpool, they pulled level before halftime in the home leg before eventually succumbing to Jurgen Klopp’s men.

Unfortunately, there will be no Champions League or Europa League soccer for Emery’s men this season but they did at least go some way to assuring themselves a place in the Europa Conference League by beating Hajduk Split 4-2 in the first leg of their qualifier in midweek.

On opening day in La Liga, they performed well to record a 3-0 away win over newly-promoted Real Valladolid, but this trip to the Metropolitano will be on another level.

The Yellows go into the second leg of the @europacnfleague Play-off Round with a 4-2 lead, after goals from @jose1987morales (2), @GerardMoreno9 and an own goal. pic.twitter.com/OFQKfXTb6f

While both games ended 2-2 last season, the home advantage here gives Atleti a definite edge; so too the fact that Villarreal had that tough European test on Thursday.

It will be tight, as games involving Simeone often are, but I predict a home win by the odd goal.