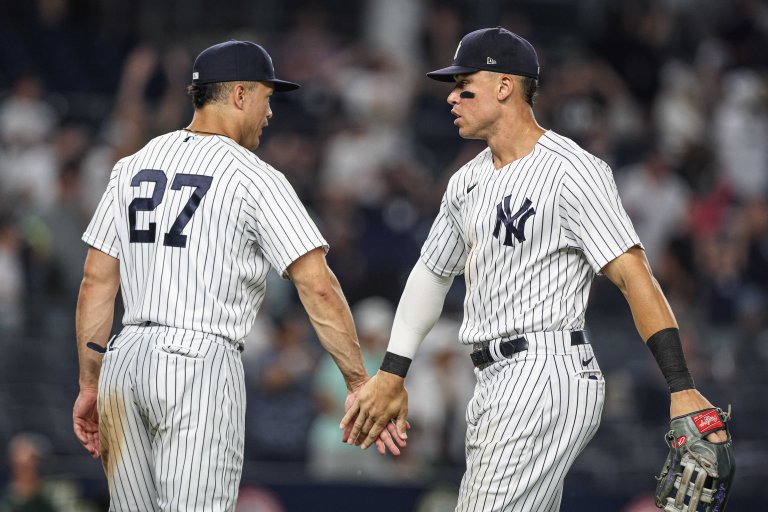 The Athletics and Yankees wrap up a three-game set on Wednesday
New York is a heavy -280 favorite
Read on for the Athletics vs Yankees odds, preview, and picks

The Oakland Athletics and New York Yankees will conclude a three-game series on Wednesday afternoon in the Bronx. The first pitch is scheduled for 1:05 PM ET at Yankee Stadium.

Cole Irvin gets the call for the A’s here, while righty Jameson Taillon counters for the Yanks as he looks to continue his impressive campaign.

New York is a clear -280 favorite against the struggling A’s and has a 33-9 record at home this season.

Edward Olivares got Cole Irvin again, this time on a changeup. His second solo homer makes it 2-1 Royals.

Irvin faced Kansas City last time out at Kauffman Stadium, allowing three earned on seven hits across 5.1 frames. In fact, pitching on the road is Irvin’s biggest problem in 2022. His ERA is below two at home but sits at 5.03 away from the Coliseum. That’s not a good sign against a Yankees lineup that is flourishing right now.

Taillon is absolutely dealing for the Yankees. He’s 8-1 with a stellar 3.19 ERA in 14 starts. What’s been most impressive is his ability to command all pitches. The righty has surrendered just nine free passes in 79 innings and struck out 63. However, Taillon is coming off his worst outing of the year, getting tagged for six earned runs by the Houston Astros.

In June, Taillon owns an ERA over four. June is a forgettable month for him, but the veteran has the chance to get back on track here against an abysmal Athletics lineup who are dead last in average. But, he does have a 7.56 ERA against Oakland in two appearances.

A’s in a Brutal Skid

Oakland is in the midst of a poor season, sitting at the bottom of the AL West with a 25-51 record. The A’s have also gone just 2-8 in their last 10 contests and will be looking to avoid the sweep in Wednesday’s rubber match.

On both sides of the ball, the Athletics are just abysmal. They’re scoring just 3.2 runs per game (29th in the MLB) and rank dead last in hits, average, OBP, slugging, and OPS as well. On the mound, it’s not much better, compiling a 4.45 ERA as a staff.

It would not be an overstatement to say the Yankees look like a legitimate contender this season, with their World Series odds at +475, just slightly behind the Dodgers. They have the best record in baseball and hold a 12-game lead over the second-place Red Sox in the AL East.

Marwin to the moon 🚀 pic.twitter.com/JPvjzwlFsR

The pitching staff has a terrific 2.97 ERA and the likes of Aaron Judge, Giancarlo Stanton, and Anthony Rizzo are tearing the cover off the ball, with Judge leading the Majors with 28 bombs. The other two have combined to slug 38 as well. No one can stop this New York offense. It will be interesting to see if they can keep it up after the All-Star Break.

Despite Taillon not pitching that well this month, I have to take the Yankees here. He’s bound for a bounce-back start and it could very well be on Wednesday. New York will cover here.