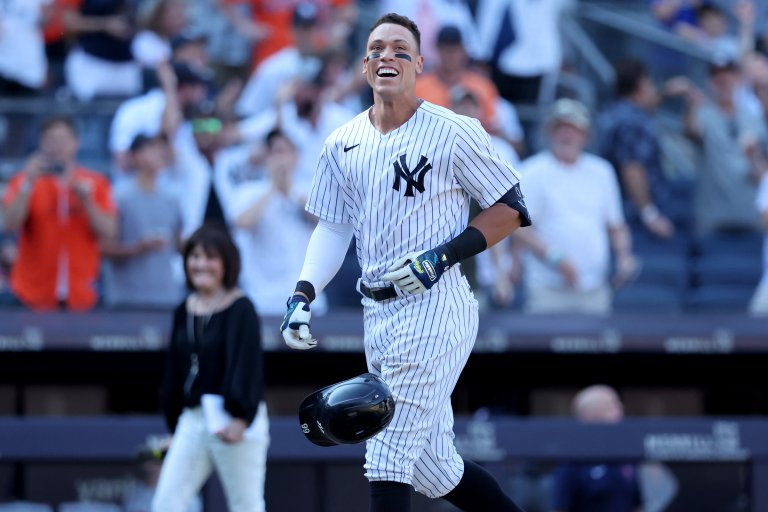 The Yankees are -300 home favorites over the Athletics on Monday night
Paul Blackburn (6-3, 2.97) will start for Oakland against lefty Jordan Montgomery (3-1, 2.97)
A look at the Athletics vs Yankees odds can be found below with a pick

The team with the best record in the major leagues meets the team with the worst record when the New York Yankees host the Oakland Athletics at 7:05 p.m. ET Monday in the opener of a three-game series at Yankee Stadium.

Odds as of June 26th at BetMGM.

The Yankees are -300 favorites, giving them a 75% expected win probability. New York has +425 World Series odds while the Athletics are an extreme longshot at +100000.

Heavy rain is in the weather forecast for Monday afternoon, but the chance of precipitation drops to 30% by evening. The temperature is expected to be 76 degrees at first pitch with a low of 63, partly cloudy skies and wind from the north at 5-10 mph.

Paul Blackburn (6-3, 2.97) is scheduled to pitch for the Athletics against left-hander Jordan Montgomery (3-1, 2.97). Both will be working on four days of rest.

Blackburn has struggled after a good start to the season, going 1-3 with a 5.14 ERA in his last five starts.

Blackburn was tagged for seven runs and 10 hits in four innings in a loss to the Seattle Mariners last Wednesday at home. He struck out four and walked two.

In his lone career start against the Yankees, Blackburn pitched five scoreless innings last season in a no-decision at Oakland. This will be his first appearance at Yankee Stadium.

Montgomery is 3-0 with a 3.08 ERA in 11 starts since taking his lone loss of the season April 21 to the Tigers in Detroit.

Montgomery had a no-decision against the Rays last Wednesday at Tampa Bay. He gave up four runs on nine hits in six innings while striking out two and walking two.

In three career starts against the Athletics, Montgomery has no decisions and a 2.63 ERA.

Jordan Montgomery has never given up more than 3 ER in a game.

He’s also never given up more than one home run in an outing either.

The Yankees developed a good one. pic.twitter.com/NxKeDrnfWk

The Athletics’ Jed Lowrie has given Montgomery trouble, going 3 for 8 with a triple and a home run. Players on the Yankees’ current roster have 18 career plate appearances against Blackburn and have gone 8 for 17 (.471) with a walk.

Rookie Nick Allen’s two-run single in the seventh inning put the Athletics ahead for good 4-3 on Sunday and Cristian Pache singled in an insurance run in the ninth against the Royals.

Slick Nick puts us back on 🔝 pic.twitter.com/PU1Ib08hNA

Seth Brown hit a solo home run for Oakland. Brown and Pache had two hits each.

Athletics rookie second baseman Jonah Bride is questionable after leaving Sunday’s game with a sore right shoulder and nose laceration. He was injured in a collision in shallow right field in the bottom of the sixth inning.

Aaron Judge’s three-run home run in the bottom of the 10th inning Sunday gave the Yankees a walk-off win over the Astros. That is why he is a -110 favorite in the American League MVP odds.

Pop, drop, and walk it off. pic.twitter.com/963LZEBrOq

Giancarlo Stanton’s solo home run with one out in the seventh ended a streak of 16 1/3 hitless innings for the Yankees, their longest streak since at least 1961. DJ LeMahieu hit a two-run homer in the eighth to tie the game at 3-3 and ultimately force extra innings.

This is the first meeting of 2022 between the two teams after the Yankees won four of seven last season from the Athletics behind Judge, who went 11 for 29 (.379) with two doubles and two homers. The Athletics’ Tony Kemp was 8 for 16 (.500) with a double and four home runs.

Blackburn has been outstanding on the road, but the Yankees are head and shoulders above the Athletics. Having the steady Montgomery on the mound makes New York that much more attractive despite the big odds.